Oh I didn't seee they were rebindable, c,v,b sounds fine, I was thinking also like pressing ctrl or shift and make a skill wheel appear maybe

The HUD was rushed so it's too big yes and the movemeent is extremely wonky, I should add more interruptable attack to enemiees with proper super armor telegraph in my future projects, thanks for the feedback

I want to get better at the smear I think they look a bit dirty but I guess I could call it my "style" lmao, yes "flying" shouldn't be a feature unless I do it well and properly like aerial combos with an air dash or something, the whole movement system is super buggy, I will lower the HP on the enemies around 30%, I had the issue at playing my game too much and making it harder when it didn't need to, thanks for the feedback

Weird that the dialogue didn't appear, I can't replicate that bug, thanks I want to get better at making cutscenes and narrative visual stuff, my sound effects are very badly done yes I should remake all of it, thanks for the feedback

The sword swing was going to be bigger but I didn't redoit for lazyness, getting hit does get a knockback but it's slight, maybe should be larger and longer, Thanks for the feedback,

Thanks for the feedback, it's true I should add more interruptable attacks in future stuff

Wow great 40 minutes of feedback, most of the bugs I'm aware are because I malpracticed in a lot of stuff like the hitbox system for example and I'd rather make it better from scratch in my next project in terms of proper systems instead of endlessly remaking this one, the stage completing before all monsters beiing killed is a consequence of this, and yes there is a collision issue with upper platforms but I never got why

I was originally gonna add more teelegraph to the birbs but I didn't do it, I'm so sorry I made you restart! it is true that it should be a Resume button instead of Restart, and it should have a Combo option too that shows the proper combos instead of a quick tip I missed that thought

Thanks a lot for the feedback iit means a lot 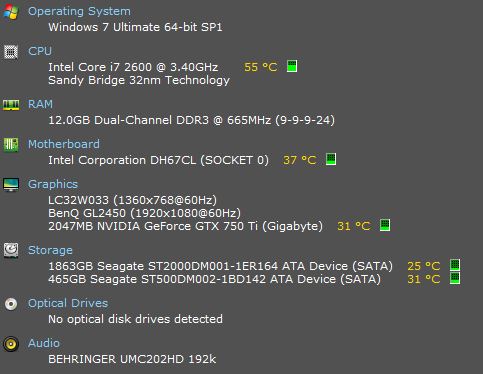 I'm on the same boat except I'm neither a programmer or an artist lol, but it's true that once you get better you can tell the inconsistencies between the old art and the new one so there will have to be changes in some way, good luck

Yes they are slow and there is little weight on the hits, usually in animation principles you'd have the hit occur in like the first 8 frames out of 30 frames in a second, and then the 22 remaining ones would be the slow down of the sword movement

Menus overlap themselves, and maybe wish there was more interaction  on looting rather than just pressing spacebar, which is a also a bit hard to press since it requires timing and the loot range is so short, so in short makinig looting more fun would be great

I wisheed you could use wasd and change camera angle with mouse or maybe have the option, otherwise cool and fun gamme

Fun minigames the hand moves too slow on the clover one and I didn't understand well enough the text-based ones, cool concept

Love the graphics and music, sometimes on load the graphics stutteered a bit, dunno if I messed up but at some point the E button I think it was for picking up items, but when I got to the new city it wouldn't pick up the stuff

One of my favorite ones, I'd like the attack to not lock you in place, maybe after the attack damage input you could be able to break the animation by moving or dashing, for bugs I had the shieeld icon text in long negative numbers at one point, also maybe more enemy variety, it was a littel redundant

I can't get past the title screen, pressing Z doesn't do anything

the movement is very hard to me, also you can get one shot pretty easily so maybe add invincibility frames on hit

game slowdowns sometimess against walls, music is too distracting, checkpoints would be fine, maybe more options for the player like sprinting rolling etc

Really cool dungeon game, just some minor things like the most obvious one being the animations beeing too stiiff and slow and barely looking like they are supposed to represent, and the teelegraphing of the enemies not giving much info about when they are going to attack or the range on their attacks or the range on your spells or what they do, otherwise it's a pretty epic game

agreed with the other guy, make the camera mouse based and the cube control to wasd and arrows

What a great concept

Really dig the gameplay a lot, it feels awkward having to move the fingers from WASD to select the 1,2,3 abilities

It's a combat based but a bit tooo stiff

I like it, add a sprint button, and also I could only access the save with mouse but I havve to use WASD and mouse and also X to do the weird jump thing, would rather have shift for sprint and maybe a better wayy to hold both keyboard and mouse, still a good slay the pire inspired game

I like the fall down faster because I think most games should have that, gives a lot of free movement which is the thing that makes underwater levels way more fun, really cool

Really cool vibees and atmosphere, with level design, variety of weapons/hand powers and monsters and a background story it'd be great to see more

Cute and cool stage-based puzzle game, I like it, the dialogue is easy to miss and I think the art needs a little refinement because it's not consistent

When I press Dock, transfer it crashes, OpenGL error: 1282 constantly. I kinda wished it had a tutorial because I'm too dumb to figure out everything at once, liked the concept

good art and music, wished the longer you pressed the jump button the longer you went up and the roll was faster and longer as a tradeoff, feeling trapped in that animation feels bad, game's difficulty is pretty high, I like it

Fun,  my feedback is the same as Shotgun Anaconda said basically