Dungeon-Crawler meets cooking-themed game! Made for the week-long VimJam
Submitted by iNightfall (@iNightfaller) — 4 hours, 57 minutes before the deadline
Add to collection 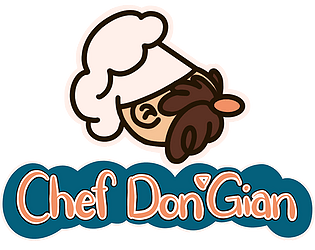 How does your game utilize the limitation and theme?
You need to collect resources to build ingredients, so you can fulfill orders. In the game, there is a lot of plotting out the map, but also when an order is completed, your robot from must go back to where you started the game, to deliver your order; Afterwards he teleports back to you.

I had a lot of fun playing and my gf played with it too and said she liked it. The graphics are really cute and the idea is great. It's really impressive that you guys made it in such a short time.

A few things that could be improved on:

The maps are huge. It is only a problem because the orders can have pretty tight time limits and when you cant find an ingridient despite searching through like 20 rooms it gets quite frustrating. Once I got 2 hamburger orders in a row. So I had quite a lot of time where I just needed to find the meatballs and bread. I already knew where meatballs were so I just had to find bread. And even after the two orders past their time limit I still didn't know where the bread was after searching for it. And I used the minimap. (which is a hugely helpful thing in this game) (My gf suggested maybe smaller maps or for you to be able to travel in all 4 directions from any room. My idea would be that you guarantee one spawnroom for each ingredient in like a 3 room radius from the start)

The main menu is a little confusing. It took some time to figure out how to start the game. And the hitbox where I could start the game with E was very small.

After collecting an ingredient and failing the order you should be able to keep the things you collected. When you need to get the same things for two consecutive orders and you fail the first one its annoying to have to go back to collecting the ingredient that you know you JUST collected enough of. There was once that I gave up on collecting for an order because I knew there was no way that I could complete it and started collecting for the next one. I didn't notice that it was putting the ingredients in the first order, I realized it when I got enough. And so I got enough but because that order would eventually fail I had to collect the ingredients once again, putting the second orders fate at risk.

Don't get me wrong, we really liked the game and had a lot of fun. Great entry!

Hi, I really loved the idea, I also loved the art, music, SFX, mechanics, and everything about this game, great JOB!P.S. keep making games cus im looking forward for your future games hehe :).

Super fun game and i love the art! I couldn't figure out how to start the game with keyboard and mouse though so i switched to a game pad and i somehow found it. Pressed a bunch of buttons and one of them i guess was the correct one. Maybe when you're close to some interactable like the levels, show a button you have to press. No other complaints! Really fun game, thank you for making it :)

Loved the concept and spin on the theme this was very cool and a unique experience. Well done! Though this game nearly made me hate pasta haha, so annoying to hit! Great job!

Charming aesthetic and overall atmosphere, held back a bit by the repetition.
- Favorite thing about it is the zippy travel speed and the coordination of stunning then damaging the enemies afterwards (would be good to reinforce that in-game too though).
- Wasn't as much a fan of the lack of variety in enemies-essentially each just 'existing' but looking different. And the generation of the map could be pretty harsh with the spread of ingredients/dead ends if that could be improved.

Submitted
Questing there and back
LikeReply
NathanSubmitted312 days ago

i love the art and the design!

Really enjoyable I liked it

Weird to get used to, but once I got the hang of it, I really enjoyed it!

Be great if you get chance to give my game a go!

Submitted
What Goes Around, Comes Around
LikeReply
iNightfallDeveloper312 days ago

Yeah, the game is VERY fast-paced; the enemies are quick, but that's intentional; zainy foods! I'm glad you enjoyed it!

Absolutely! I'm going to be trying out people's games during the week!

your game are awesome (it just need a tutorial)!

i hope you play my game too.

Aww, thank you very much! Yeah, if we had more time I would've totally added a tutorial! Hopefully next time? ;)

Definitely! I'll check it out during the week next week and throw up some feedbacks!

the controls were a little odd (shift to attack) but once i got the handle on it it was a pretty good experience. i loved the art and sound as well.  keep up the good work!

Thanks for the feedback! I'm glad you ended up having a good experience!

If I may ask, what keyboard controls would you have liked to see? I'm genuinely curious. :)

tbh  shift and space is fine.  ig if i were to have picked the controls i would have picked arrow keys for movement and maybe z and x for attack. because usually wasd is used so that you have your right hand to be free to use the mouse, but since the mouse isn't used in this game you could use arrow keys and then have both hands engaged (if that makes sense). anyways i still thought the game was great and really using wasd and shift and space wasn't at all a bad choice. keep up the good work :D

I guess I personally havent tested lately, but I thiiiink arrow keys should work? Ill have to check that again. Heh

I didn't think about z and x for some reason! Ill make a mental note! (Also it's worth mentioning that left and right shift should both trigger the same attack)

Thanks again for playing! :)

So satisfying to slap those tomatoes. Really enjoyed this game!

We made sure to invest at least 60% of our time in our tomato-slapping logic. B)

This is incredible! The art, mechanics and music feel really professional, I love the menu and map and think the game is a brilliantly original concept. The there and back was very clear in the later levels as you had to travel around, but in the first level, it's slightly less obvious. This is brilliant though and has some real potential to be built off and published!

This is fantastic feedback! Thank you very much for your kind words! :)