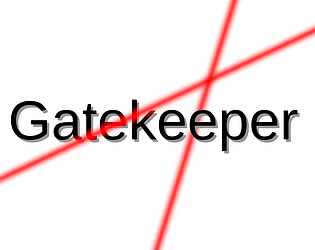 This was a fun puzzle game! I had to rack my brain a little for the later puzzles. Echoing the other feedback I saw on this page, I think it'd be good to have an indication for a failed attempt or when you run out of moves. I don't think I understood the moves concept too well from the introduction - when my cursor kept being reset after using all my moves, I didn't know why my cursor kept returning to the beginning. I thought moves meant like the number of times you move a block, not including the cursor moves. It's clear what moves meant after playing through, but I'm not sure if it's clear to everyone in the beginning? It honestly might be just me hahaha. Overall, though, I enjoyed playing through - nice work!

As I said in other replies I will polish controlls and ui in post jam update. Thanks for the feedback

Made a review Video

Thanks for the feedback! I didn't even know that there are more solutions to some puzzles.

Thanks for watching.
Nice, I created my own solutions then.
Really liked the game. Let's connect on discord and talk more.

Great puzzles. Getting so hard even through medium levels (:
Would you spare a few minutes to check out my game as well? It's also a puzzle game.
https://berkeerem.itch.io/freakyard

I already saw your game and I really like it!

I really like the idea and the puzzles were fun but I found it awkward that I had to press Q every time to finish the level.

I will get rid of that in next update and insted you would press space for next level and esc to level selection.

First I was doubtful, whether this game was good... But, boy, was it good. The puzzles were great, you balanced the difficulty really well, and did the introduction to the game pretty well. But somehow I feel like this came from a board game designer, not a computer game designer.

I'll start by why I think this is the case. If you were a complete beginner at game design, I don't think you would have made a game this good... BUT! There are some pretty important things for computer games. Do not use unnecessary amount of buttons. All this Q and E hassle was a mess. You should get rid of either of those keys. Maybe even both. You could get rid of Q like this: You press E to see the laser, then you press E again to continue/restart based on whether the player have failed. And you should clearly indicate it on-screen, whether the player has or has not failed. But what I would actually favor over this would be adding the option (Maybe E) to make the laser. But when the player has run out of moves, you clearly indicate that, and by pressing a directional button (or E) it starts the laser. And with this, directional keys and space could also restart the level, since the have no other use case either way.

And with this I'll continue to feedback. If the player does something, if something happens, add feedback. When the player fails, there is pretty much no indication on what happened. The board just resets. One way to counter this is to make the move counter actually count down as the player is making moves. You could even add some additional effects to it when there is only one move left (but don't go overboard with it.)

Once again, I just wanted to clarify, you made some amazing puzzles, which many people could learn from. I just wanted to give you some useful feedback, so that you can make your next game even better.

As I said in other my comments, I will be updating the game once the voting ends. I simply ran out of time and didn't polish the controls how I wanted. I will redo the contols that way, that the laser will activate when player runs out of moves, because any puzzle can't be finished in less moves. It will also show moves left and there will be R button to restart level anytime not just when failed.  But thanks for the feedback and I would be happy if you will check out the game after update!

I will check it out! If you want to, just reply to this message when you update it so that I get notified. :)

Edit: Sorry, I thought you really were new to computer game design so I wanted to help you... Since you aren't I must have sounded like a smartass... Sorry!

Don't be sorry. I am happy for every feedback I have.

ps: I am relatively new and this was my first game jam.

pps: the update isn't out yet

The puzzle is nice, its not themed with the jam or the background story.

I enjoyed the puzzles and completed every one. The theme was a bit loose, but that's okay in a jam.  Showing the number of moves left and having an "out of moves" message would have helped - but I got the hang of it pretty quick. As others have said, if you continued work on this you could make a pretty cool puzzle game because the core mechanics are pretty solid.

Submitted
Whatever Possessed You?
LikeReply
MistermSubmitted235 days ago(+1)

The puzzle are challenging. Maybe you should write the number of moves in a way that the player understand a little bit more. I didn't see the story, also  I don't see any reference to halloween or to the theme.  If you polish it, I think you  can make a nice puzzle game.

I will be updating the game right after the voting period ends. I will rework the story into a dialogue. I will also redo the system of failing a level by moving too much, that way, that I will block your movement insted of instantly reseting a level without warning. I would be happy if you will check it out and thanks for the feedback!

LikeReply
Sfunk92Submitted236 days ago(+1)
first game I reviewed in the video.
Submitted
Thru The Lens
LikeReply
D3viOffDeveloper235 days ago (1 edit) (+1)

The reason it didn't allow you to move the other block in second level was because you run out of moves, but great video!

I quite liked the game's minimalistic aesthetic, and think the simple yet clear graphics go a long way toward making everything very readable for the player. I was slightly confused about how exactly the game is meant to be played, but overall nice work!

Yes, the controls are confusing, becauce at first I wanted there to be message boxes with tutorial and gifs at the easy levels, but than I run out of time, but I will update that after the rating period.

The game is playable and did not bug out for me.

I did read the initial story for the game, but I don't feel like it quite connected with the game play or experience. Like, you could change the text to be about an engineer needing to align lasers on a space station and the game wouldn't change a bit.

Submitted
In Pursuit of the Mask
LikeReply
D3viOffDeveloper231 days ago

Thanks for the feedback and ideas!

The game is playable and did not bug out for me.

I did read the initial story for the game, but I don't feel like it quite connected with the game play or experience. Like, you could change the text to be about an engineer needing to align lasers on a space station and the game wouldn't change a bit.

Submitted
In Pursuit of the Mask
LikeReply
Superkirbs5Submitted236 days ago(+1)

As I found out, there's a bug, that on some computers, it doesn't show the story and how to play text. You can view it when you click on the how to play button in the level selector. I don't know if this is your case, but in those two texts is story, that basicly says, that you are a demon in hell and you are promoted to gatekeeper, and your taks is to delete any knowleadge about heaven from minds of souls.

Oh is that so then i guess i did missed it