Type or Die
Submitted by Darius Alvanez (@DariusAlvanez) — 7 days, 5 minutes before the deadline
Add to collection 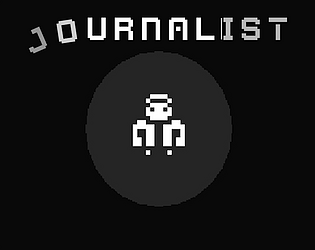 Awesome atmosphere, solid writing, and clever mechanic. My only regret is it's tough to take in the environment and story you must have worked hard on with the time pressure breathing down my neck. Excellent work!

the story + the lights going out made me so nervous! very thrilling experience. nice work! I came here from your video

This is so unique! The atmosphere created was fantastic!

I'm a fairly slow typer so the game was difficult but very well put together.

Very cool entry!  The combination of horror and typing was really cool and clever. I like the mechanic of being chased across the letters. Probably the best entry I've played so far.

I wish there were more checkpoints though, I died after getting fairly far and it felt tedious going through everything again. I think your devlog said the intro chase part is supposed to determine how difficult to make the game, but I tried deliberately losing as soon as possible and didn't notice much difference in game difficulty.

Also is the game supposed to end on the section about "I got charged with murder"? It went really fast and killed me and the game closed. Saw you mention on your devlog there was an endless mode but didn't see an option for it in game.

nice devlog btw! Would be nice if you could upload a playthrough so we could see all the parts in the game most people might miss. Like does the intro sequence end? I never was able to beat it

Edit: nevermind just saw you had a playthrough vid

Thanks for playing my entry! Glad you enjoyed it.

Endless mode is enabled after you finish the game, which is any point after you reach the gun and the "My name is David Abbernel" line again. The line after "I got charged with murder" is simply something like "and I'm sorry", which just closes the game. The "AI" intentionally maxes out at this point so you will fail. You didn't miss out on much! If you've reached this point you should have unlocked the endless mode, which is automatically opened when you relaunch the game. The Endless mode should display a loading screen unless the words.txt file is small enough to be loaded near-instantly. (You can also substitute the contents of words.txt with your own dictionary if you wish, which can reduce load times.)

If you're interested, the here is the source code. And as you've already noticed, there is a full play-through on my YouTube channel as well.

Once again, thank you for playing my game and giving me your feedback!

After trying to one up myself continuously, I barely made it to the gun line after many tries!!! Such a good concept, but now I'm awkwardly aware of my typing lol. Amazing game and great execution! will give it a go with slower typing later.

I loved this. I only wish that there was a more obvious marker when I mistyped so I didn't write out the whole rest of sentence while looking at the scene. Awesome job!

This was a REALLY freaking cool idea. I couldn't quite finish it, but I did make it to the bathroom! I love this idea. You definitely have to type hella fast to finish it. Not everyone could probably type that fast. I'm super impressed.

Edit: Just watched the video on its page, didn't realize there was difficulty scaling. Nice way to plan ahead. +1 star

Very cool game! I watched the stream and it is awesome to see start vs finished product!

Submitted
To The Death
LikeReply
Manmbo352 days ago(+1)

I really enjoyed the gameplay! It does feel like being chased.

Awesome game. Its really immersive and you really should invest in story based games.

Submitted
The Binding of Theft Auto
LikeReply
oudaryaSubmitted353 days ago(+1)

It's a quite good game.  I never thought that typing lines of  scenario can be so exciting and fun. Such  a game-play involves in happening and plot became more fascinating.