Making money in a riot, by buying, re-selling and throwing bricks.
Submitted by Geekwithahat — 10 hours, 10 minutes before the deadline
Add to collection 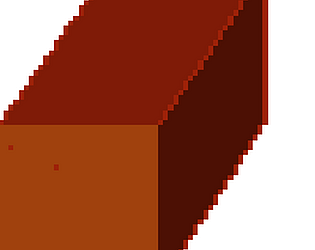 How does your game fit the theme?
The game slowly spirals out of control, with the speed of the game, brick prices and difficulty becoming more extreme as the game continues.

This is addicting! Super fun game, I loved holding on to my bricks to get the most out of them and the game definitely felt out of control as it went on, great job!

Cool game.  There's a lot going on in a short amount of time, so it definitely feels out of control.  Something I found was that I only ever had a handful of bricks, so I never wanted to use any to defend myself.  I guess if I lasted longer, I would get more money and be able to buy more bricks, so maybe that problem eventually fixes itself, but it's tough to get to that point.

Not bad. Actually pretttty good. At first I didn't really understand what was going on, and why the controls weren't working. But once I got the hang of it, it's pretty good. Good game man.

I am so hopelessly and completely lost.

Fun, original, and well made.  Had the frantic feeling of games like Dumb Ways To Die! : )

how does the game work? i dont see controls or anything listed anywhere

The controls are listed in the "info" section when you boot up the game : )

Yeah sorry, I tried making a gradual tutorial but the game moves at a random pace so it was kinda hard.