A game about the immortal dungeon master
Submitted by TamunoAkasi — 13 hours, 2 minutes before the deadline
Add to collection 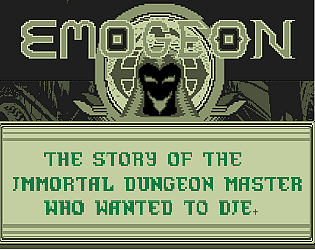 The same problem. I get black screen. Can I download it? Does Freegames66 have this game? I played so many clicker games on this site and it is really smooth.

Sadly, I couldn't start the game (black screen). However, the music I heard was nice, and the screenshots tell of really good visuals!

I really dig the art in this one.

At first I didn't get what the game was about, but then I kinda got hooked to it XD, quite a funny story! The game gets really fun and funny when you unlock all the power ups and see your health drain. The graphics were really nice as well. It was fun to play but I found that it was not challenging, which could be the point of the game, but it would be nice if there were elements that go against your goal. Maybe like people trying to save you by throwing healing potions at you and you have to click them to make them explode in midair before they reach you. Or something to make your powers less effective, or less time until you heal at later levels in the game (1 minute was good in the beginning, but by the end, I would kill the minions in a few seconds lol). Overall, great stuff man!

I'm not a big fan on clickers, but this was fun ^^ and i freaking love the art!!!

This is really cool. At first I didn't realize it was a clicker but once I started I didn't want to stop :)

Thanks for the useful and inspiring feedbacks as the coder and my team can work on the title in the future.

Thanks for all the comments about the game it is awesome hearing feedback.\

All for of us involved in the game sound interested in continuing to look at developing this title.

Absolutely awesome art and concept, perfect for the jam theme.

At first I thought it was boring... But time just flew away! :P

love it! The art, idea and humour was great! The ending? Meh!

I love your cynical humor ! Pixel art is awesome and the inverted RPG gameplay is a good idea but can be improve. I think a real round by round with the possibility to attack your enemies will be funnier. But you must warn to not kill them before they kill you, and want to reduce their life to win some money to buy more efficient potion to kill yourself.  What do you think about ?