You must collect the gems but the game will lie to you by sending some fake gems , you can destroy them using driller.
Submitted by dridiyassin — 13 hours, 52 minutes before the deadline
Add to collection 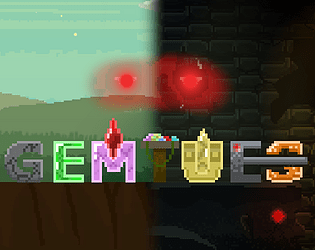 Goob job. This game has potential to make export it on android or ios. Keep it up.

Can you please try out my game?

Submitted
This is NOT a game
LikeReply
samndanSubmitted1 year ago

Awesome game with enough content through the upgrades to keep you interested. Only issue I found is that the UI feels very packed and took me a hot second to work out what was going on, but thats only fairly minor. Nice Job!

Hi there! the music is really cute and sounds too.

I would like an increased graphic develop and movement, i would re-play it for sure!

I liked this little game, I find the concept very interesting. I think the first screen of the game is a bit messy, it would be nice to improve it if you continue the game afterwards ! The music is nice. Good job ^_^

really fun game, I laugh when the statue fell hsuashasuah

keep up the good work!

It was a very nice idea. I'm had a fair bit of trouble understanding the game at first. And getting very far beyond the statue. Although the music was nice, and the game play was fairly fun.

I completely played through your game and it was fun.
As some comments have already said, there are some possibilities for improvement.

Control:
I would suggest that the two upgrades be put on W + S. When playing, you usually have your fingers on the keys anyway. The control over E + R got me very confused and it did not feel smooth.

Gameplay:
The hitbox when shooting should be increased slightly. Even after the upgrade it was very hard to hit. In addition, the gems should not fall so far to the right, because you can not even hit them with the laser on the edge.
In Level 2, I often had difficulty following the gems. While this was ideal for reducing grinding, a slightly slower fall would have been desirable.

Art style:
That really touched me. I think the music does not annoy even after repeated listening.

Conclusion:
Overall, a very good game. It entertained me well and the topic is well received.

I would be very happy if you also criticized my game =)

Thank you Shidy for your feedback , the negative feedbacks will help me to improve in futur games . Glad you played my game .

Was a pleasure man, well done!

I enjoyed it, but the deal breakers were 1. The controls were a tad too floaty and 2. Even with upgrades like magnet, and the larger drill, it was still hard to tell waht was and wasn't a gem, requiring lots of grinding. and the magnet's range was so short by the time you saw it wasn't a gem it was too late.

However, the graphics and the way the game functioned in terms of UI was pretty much flawless. It looked great and nothing was annoying or buggy in the menu.

Thank you for your feedback microman , I wanted my friends to try out the game before i upload it so i can get feedback like yours but it was too late and none of the responded .. So i had to upload it immediatly