Submitted by Wise Punch (@WisePunchGames) — 14 minutes, 47 seconds before the deadline
Add to collection 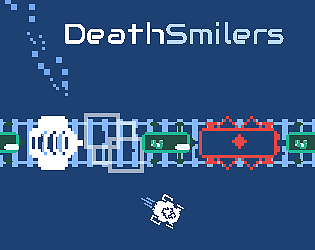 Thanks guys, I had mobile in mind as well when designing it so I should be able to put it on the stores if I add more polish it up.

Loved the intro and artstyle. :D
Would make a damn mobile game. <3

Cool one-touch gameplay, very polished and slick! Could totally see this as a mobile game. Glad it wasn't endless too!

Thanks radHABIT. Great to that! I've added a little story and an ending too.

HOLY $#!T !!! THIS IS AWESOME! Great concept, excellent graphics, pumped up bgm, super responsive controls. I love it! You really captured the mentality of risk and reward style gameplay. The precision aiming of your vehicle had me on the edge of my seat. And I felt like a HERO when I finally  got the hang of weaving  in and out of those back to back busters, truly a wild ride. Exceptional job! I'll definitely be keeping an eye on upcoming WisePunch projects!!!

There is MAD game play now. Music, SFX, explosions! Can you get to the end of the train line alive?

There is gameplay now! I will update with more stuff for Friday.

Yeah, the license agreement just has one line that asks you to sell your soul. On Friday I should have some good gameplay in return for our legally binding soul contract. Until then I wont get you to run errands and other stuff for me. On Thursday I'll check out you're game, Mr. Hoofles Goes Into Orbit, just to see what kind of soul I got.

Good looking art and intro. This game is just a trojan horse for the license agreement though, isn't it?

Thanks Rhornbeck. I will try to have it done before Friday. Adding a train, a psycho clown chase, explosions, and more. It will be kind of like a 2D Mad Max.

The splash screen and menu look pretty good and the game looks almost like a top down racer. Good luck in completing this game.

The game is not finished. No gameplay yet. Needs a few hours.