Shoot for the StarsView game page

This Game Is HARD! You Won't BELIEVE How Difficult Level 5 Is!!!1!!!
Submitted by nickam521 — 4 hours, 59 minutes before the deadline
Add to collection 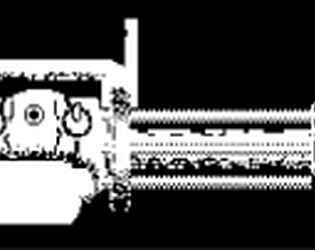 Shoot for the Stars's itch.io page

Some concepts I liked:

* The game had simple but challenging gameplay. The controls were simple and easy to learn. Even though the gameplay only featured one button (the space bar), it was still fun, entertaining, exciting, and challenging.

* I only used two guns in the game so far, but I am pretty sure the graphics and the audio of all the guns in the game are as great as the two guns I used. I liked how realistic and detailed the guns that I used looked like. When I pressed the space bar, the gun sound effects sounded so realistic and the sound effects made me feel powerful. The graphics and audio of the guns and the perfectly used particle effects from explosions and gun shots made the guns realistic. These guns' qualities made me immersed into the experience provided by the game.

* The directions of the game were not too clear at the beginning of the game. It took me some time to realize that I had to keep on going right to keep on progressing through the level until I eventually win in the level. I think the game would be better if it told the player clearly where to go rather than making the player find out by himself/herself.

I appreciate the feedback. Unfortunately we do not have control over the configuration window as it is a unity default standard. We left it in so that the player could choose which resolution they wanted to play at, as well as if it was in windowed mode or not. Our game will automatically resize to the resolution you choose and was tested to work with a 16:9 aspect ratio. We also did not intend for the player to use any other buttons or remap any controls as the theme was space, so naturally we only wanted them to use the 'space'-bar. We were debating on making the giant white arrow that points towards the end of the level flash so that the player would have a better sense of where to go, however this was scrapped because of time constraints, but we would love to add it in the future! Thank you so much for your feedback, glad you got to play our game!

Awesome! Best game I've rated so far! Fits the theme of you are the weapon in space perfectly. I enjoyed it good job!

It's really fun to play, great concept - you could definitely make full game out of it. But im giving you 2 stars for "2 Colors", because of that blurry images in menu.

Really fun game and incredibly creative difficulty system, make the weapon you choose decide how hard the game will be.

Thanks! We're glad you enjoyed it :)

Thank you so much! That's really nice of you to say, we all had a lot of fun making it.