Both are on quiet.

Thanks! I will check it out myself

I was incredibly confused but really impressed!

Really cool idea, I got to level 3 on the second attempt.

Thanks for the video!

Thought  I would let you know your sound is pretty low compared to others which was irritating for me, but appreciate the video as I couldn't play the game myself at the moment :)

Hey mate, nice job following through on updating and releasing the game!

I gave it play - it's quite fun! The controls were easy to pick up and yet felt like they could be further mastered from a player perspective which was great. The music was catchy and set the scene nicely.

The gameplay is really good and smooth - really impressive. Seems to be your strength! Here are some points for improvement:

The main downside to the game is lack contrast - everything looks as important as everything else. So I don't know where to look. On the main menu it's an overwhelming wall of text and images. IMO it would be better to keep things simple and just have text for the menu items all in one font and one size. And during gameplay the background needs to be simplified or faded to make the foreground items stand out more.

But hey you have done a great job overall. On top of that you have set the ground work to build upon it with more levels and purchasable items. Something I didn't do for my first game which you might like to check out by the way as it has similar aspects to yours - it's called Swoopy Boi and it is on iOS and Android.

Glad you finally got around to it! Thanks for all the feedback

Thank you! That was really cool watching someone play through my game and give feedback while doing so! Also interesting and informative watching you rate it as well. Cheers

I'm glad you like the floaty feeling I was worried the low gravity would annoy players.

Yet another person requesting tornadoes to lift you up XD I've already added it for the next build.

Reply
Lost Relic Games - GAME JAM community · Posted in What are the biggest things you learnt and took away from this jam?
rotub218 days ago

Wow, I have played and rated 51 games so far and this is a clear winner for me.

I'm a sucker for space related games so I really enjoyed flying around for a few minutes but I haven't found  a star or anything of interest. Crashed into a few asteroids - assumed that was a bad thing. I like the music and the idea of what I feel is supposed to be happening but it's not happening for me.

That was cool - fun little puzzles, not too hard which I like. Only down side was getting stuck on edges/corners/boxes while jumping and the pushing mechanic being quite slow. Otherwise it's great! 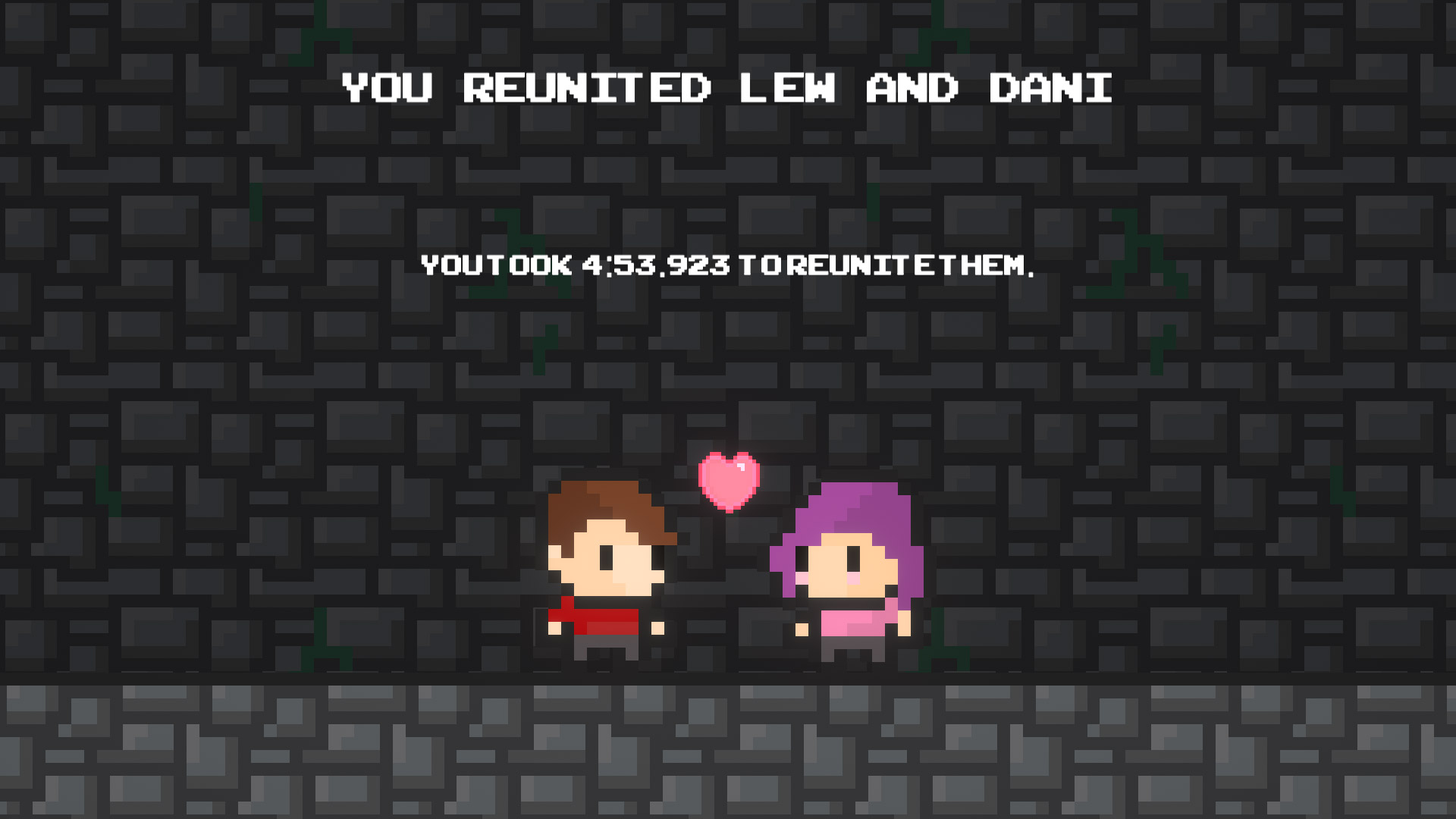 I feel like there is a lot of depth to this game I have not discovered. Initially, I clicked around on the computer and chuckled at the stuff on there - then I moved the cup and bin - nice! I almost gave up at that point thinking it was unfinished based on comments here.

I accidentally pressed R which made the game start over. This time I did similar things but at some point arrows came up to allow me to leave the cubicle. I went to the chairs, I clicked them a few times and read the quote. I also noticed the reflection on the left was a location icon. But I couldn't work out what to do and didn't have any motivation to do so because it wasn't obvious to me that it was a puzzle of any kind. But based on comments here the chairs are a puzzle that require a particular action.

I'm reluctant to open the game again to try the chair puzzle because it was kind of lagging and time-consuming waiting for arrows to show up and possibly not showing up at all. I think it would be beneficial to have a regular first-person controller to allow the player to walk around freely.

In any case I feel like there is a lot here that I have missed which I feel bad about because it looks like a lot of thought and time has gone into the game.

Awesome thank you for letting me know your thoughts!

Thanks Ismael, appreciate the kind words!

Thanks mate, if you update your page after the jam I will give it a play. Regardless, congrats on completing a game!

Thanks for enjoying it enough to try out some platforming! I noticed it was possible to get to the roofs without the jetpack bit didn't think anyone would be so invested to notice. So that's a big compliment from you :D cheers

Super impressive and engaging - I really wanted to get good but I just couldn't get a hold of the controls without frustration setting in.

Love the theme, music, and overall look and feel. Just the controls kinda ruined it for me but that's because I have a bit of a short fuse when it comes to that kind of thing!

That was really fun and a unique idea! It is just me or was that tune played at completion controversial? lol Good fun, thanks!

I made the same mistake :( I only did a windows version, and no web version...

This looks amazing and giving me serious Banjo Kazooie vibes all the way from movement, collectables, scenery, and music. <3

Quite a few people have wanted the tornadoes to lift you up - I regret not adding that! Silly mistake on my behalf.

Anyway thanks heaps for playing!

Originally I was going to also have 3 communication towers you needed to reactivate to contact Earth but I ran out of time. And I was going to put some harder platforming or hide the pieces more but I wasn't sure what would be too hard and I wanted everyone to experience the whole game beginning to end.

Thanks so much for play and the feedback :)

Haha thanks for giving it a go!

Thank you a lot :D

yeah it was hard to scope - originally I was going to also have 3 communication towers you needed to reactivate to contact groundcontrol/Houston. Ran out of time! I may continue with development in the coming days/weeks and see where things go. Thanks for the feedback!

Really cool mechanic! Implemented well - I imagine the testing of this game to be a huge undertaking so props to you for taking it on. I've always wanted to try something like it. I love the little character, he's great. Nice little tune too - fit nicely. Great job

Oh man the graphics are awesome! Love the color choices, and the high quality assets. It looks so professional.

I feel like the sound effects could have been matched a little better, and perhaps music would make it even better. But honestly it just looks so beautiful it's hard to critique. I got quite far up the building and then accidently jumped off the side into the void - oops! :)

It had my full attention from the very beginning. Love the multiple choice responses and sense of control in the story flow. The imagery is really nice and while I didn't have time to finish it this time around I have downloaded it to play it through to completion later!

I'm amazed at how much info, UI, elements, and overall size game you've been able to churn out in the time available. Very cool

I'm really impressed with the mechanics and physics of the game however I did find it to be quite fragile. With more time I imagine you could tighten the controls and dial in the physics more and it would be a really solid experience. The objects feel quite light and having no weight or presence in the world.

Having said that the idea and overall implementation is really good and I think it has so much potential if you were to keep working on it. Congrats!

Fun little simple game. The controls and movements are really smooth and enjoyable to use. Snake 2.0 is a good way to describe it as someone else pointed out :D

Great concept and execution. I would recommend putting the controls in the menus as I hadn't read the games page I almost gave up before accidently working out how left click and right click worked.

Once I got the mechanic down I was really impressed and engaged! Very clever, lots of fun, and a fun little game. Great job