One Mic Stand community · Posted in Do we need to have a random partner to participate in this jam?
Riley Hopkins41 days ago

Hey! So the goal of the podcast was to get paired up with a random person but ALSO I am not a stickler for the rules so I'd love to hear it if you wanted to submit it!

Yeah totally! Send me an email at linksmithgames@gmail.com and I can hook you up

there isn't really! I've played from one player up to like, six players! It's really up to you as a player or the person running it!

Reply
Record Collection 2K22 community · Posted in Can I make both the song and the game?
Riley Hopkins338 days ago

I will make sure those are added!

Hey! Sorry it wasn't what you were looking for! What exactly would have helped you make a more informed purchasing decision?

Thanks for the reply! I'll take this into consideration in future updates!

Hey! Could I ask you to elaborate on some of the other things you didn't enjoy/ how the game doesn't stick to the mission statement? I'm interested in your point of view and would love to add some of your concerns to my playtesting notes.

Absolutely! Whatever you want to make  works and fits!

Yeah, absolutely! This game jam has absolutely nothing in terms of professionalism, it's just good vibes all da way down

Come join us for another month of musical ttrpgs!

I'm currently managing another Kickstarter right now, so the best I can give for a timeframe is "When Spindlewheel is shipped". Cody and I have bounced ideas back and forth on when would work best, and our current roadmap places in spring of next year. But that's about as close as we can get.

This one PDF will get completely updated with the Kickstarter stuff too! The editing, art,  and all that!

i want to submit my games Interstitial, If Not Us, Then Who? and Wishing Well please

So, the game is a full fledged system. It has a fully written GM Section, Player Section, and Playbooks. The only reason I'm listing it as "Alpha" is because of the lack of playtesting.

In the future, I plan to add Advanced Moods, and expand on the setting with setting specific moves. But the main game is *done*, and as a working point feels to me like the right amount of money.

Yeah! I just added a picture of two of the cards, and the rules breakdown of The Episodes and Beats, along with what the "character sheet" looks like!

Reply
itch.io Community » Tabletop Gaming » General » Play · Posted in this is a takuma okada callout post meet me in the field of honor at dawn
Riley Hopkins3 years ago

Ok! Hell yeah- Let me describe my character here- I'll just explain stuff and then address what cards influenced them.

I am a floor manager at a local lava processing plant, we take in lava, take all the heat energy (or whatever i ain't a science they), and then just spit out rocks on the other side.  I've found someone higher up on the chain from me is potentially leaving their job, either being forced out or retiring, and I am going to take it. (Merchant, Luck,our field of honour)

I want their job because I need to remake this whole organization, we aren't nearly as efficient as we can be. Look at how much we could learn, or do! So once I get their job I am going to rebuild this whole company and make it much much better. (Gilded Lily, Blizzard)

Which is a believable goal for me, I've always slipped in and out of positions in places, usually staying behind the scenes, but I'm ready to grab for power. (Changeling) The only thing keeping me down? I don't know jack shit about chemical reactions or science or anything that goes with the MECHANICAL side of this place. but i don't care. (Tender of Blooms)

So unless your person is the DIRT ASS WORST, It looks like I'm playing Heel in this match up hahaha, My characters name is God's Accomplice and their pronouns are they/them.

Roll20 is a good service but damn if it doesn't feel like driving a boat down a suburban street trying to get it to work.

Is there a better alternative for ttrpgs online?

A Kingdom Hearts Inspired PbtA Game about Fanfiction and crossovers.

(also it's officially out on pdf now!)

Interstitial is a game that I love dearly, it encourages you to play canon characters from official properties, and play out whatever wild cross over fiction you want. Do you want Criss Angel to protect Roxanne from a Goofy Movie? Do you want to watch Shego beat up Archie Andrews? Interstitial is the game for you.

It's about to actually release, right now preorders are up but we are waiting for ONE MORE piece of art and then it will be offiically released. It's been played on multiple different platforms, but my go to is always telling people to listen to Interstitial AP on the Orange Groves network! It's a whole Campaign featuring a cast of characters going through different worlds. The first season relies heavily on kingdom Hearts knowledge but Season two really breaks free of that.

Reply
itch.io Community » Tabletop Gaming » General » Play · Posted in this is a takuma okada callout post meet me in the field of honor at dawn
Riley Hopkins3 years ago

First of all- takuma what is our setting? Should we draw for it?

Reply
itch.io Community » Tabletop Gaming » General » Play · Created a new topic this is a takuma okada callout post meet me in the field of honor at dawn
Riley Hopkins3 years ago (1 edit)

in this thread me and takuma okada will play meet me in the field of honor at dawn.

this is my characters opening line up of traits. I will await your response. 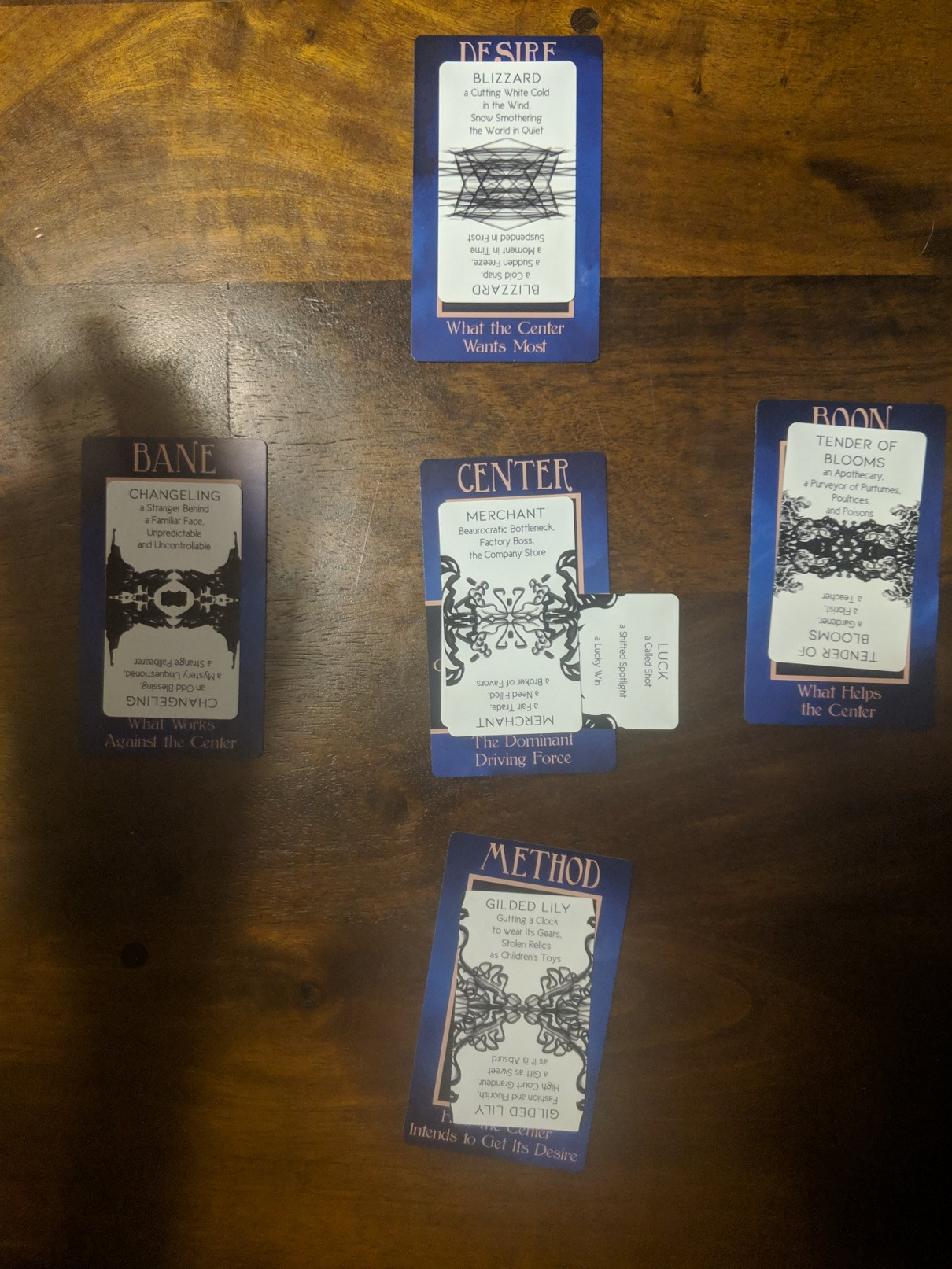 damn you got em

can't believe we have a right answer

I just released Anime is Real & It's My Boyfriend, a pbta game meant to evoke the spirit of anime!

wait no it's bass boosted curb your enthusiasm

sasha, first off, thank you.

Second off,  my entrance music when I backyarded in highschool was Bad Religion - Generator.  If I got to pick today it would be my friends entrance he used when he pro wrestled which is THIS RIGHT HERE

Reply
itch.io Community » Tabletop Gaming » General » Discussion · Replied to Rufus Roswell in When is the last time you used a forum?
Riley Hopkins3 years ago

excuse me can we swear on this christian forum

Reply
itch.io Community » Tabletop Gaming » General » Discussion · Posted in When is the last time you used a forum?
Riley Hopkins3 years ago

thank you curewiki for my new forum signature 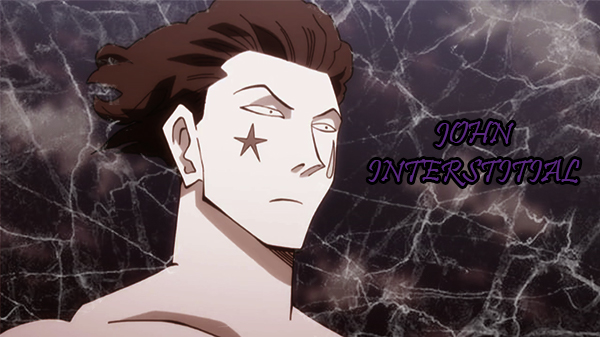 Reply
itch.io Community » Tabletop Gaming » General » Discussion · Replied to Syfro in When is the last time you used a forum?
Riley Hopkins3 years ago

i'm sitting here refreshing a main page of a forum for the first time in years, it's bringing me BACK

Reply
itch.io Community » Tabletop Gaming » General » Discussion · Replied to Orion D. Black in When is the last time you used a forum?
Riley Hopkins3 years ago

i just was digging through gaiaonline and I am broken hearted to report that my old signature no longer exists, because my account is dead. it breaks my heart, I'll need to make a new macro for formatting my posts too

Here's a fun question that is just enjoyable to think about, when is the last time you regularly used a forum?

I was on a proboards for a legend of zelda advice column where people would respond in character as characters, so it's BEEN A MINUTE SINCE I'VE BEEN ON A FORUM.

also do we get forum signatures, do I have to open up my photobucket account again

GM moves and principles and, just in general the GM section of books are always the most ageda inducing section of designing a book for me. What are ya'lls takes on them, and how do you make them more compelling than just "run the dang game"

hell yeah natalie is in here