Brought to you by Punk Labs 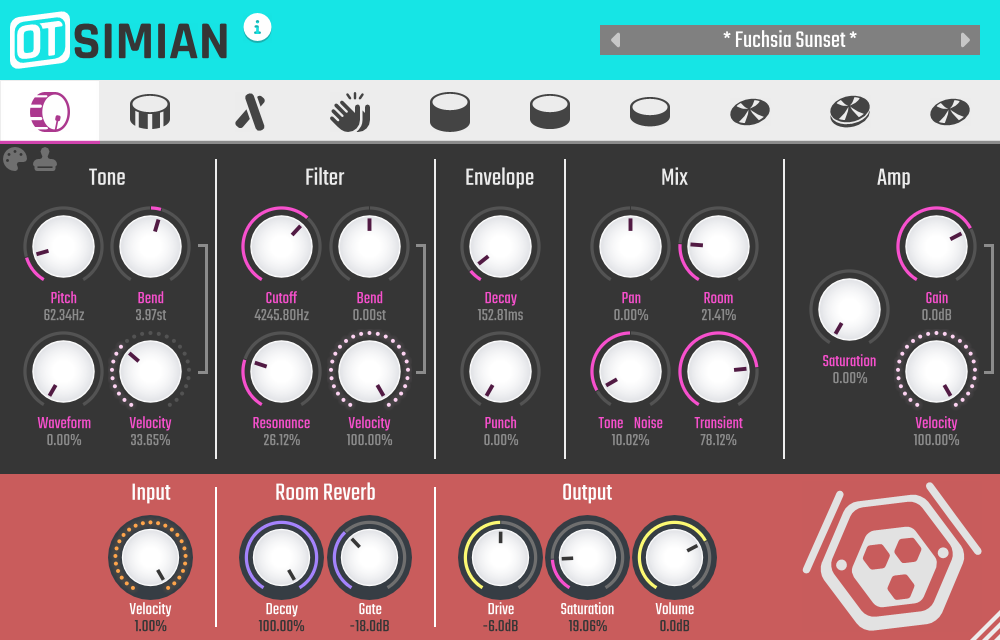 It has 10 configurable voices that can be customized with selectable icons and colors to help quickly identify kit pieces. Each voice has its own velocity sensitive pitch, filter, and amp dynamics. Adjustable global saturation and 1176-style limiter with drive control brings the kit together. All parameters are automatable.

It's remained unsolved for about 5 years now! Good luck!

Happy Halloween, Creatures! We've teamed up with other developers on Itch.io to bring you a not-so-scary bundle to help soothe the creepy crawlies after a night of prowling. 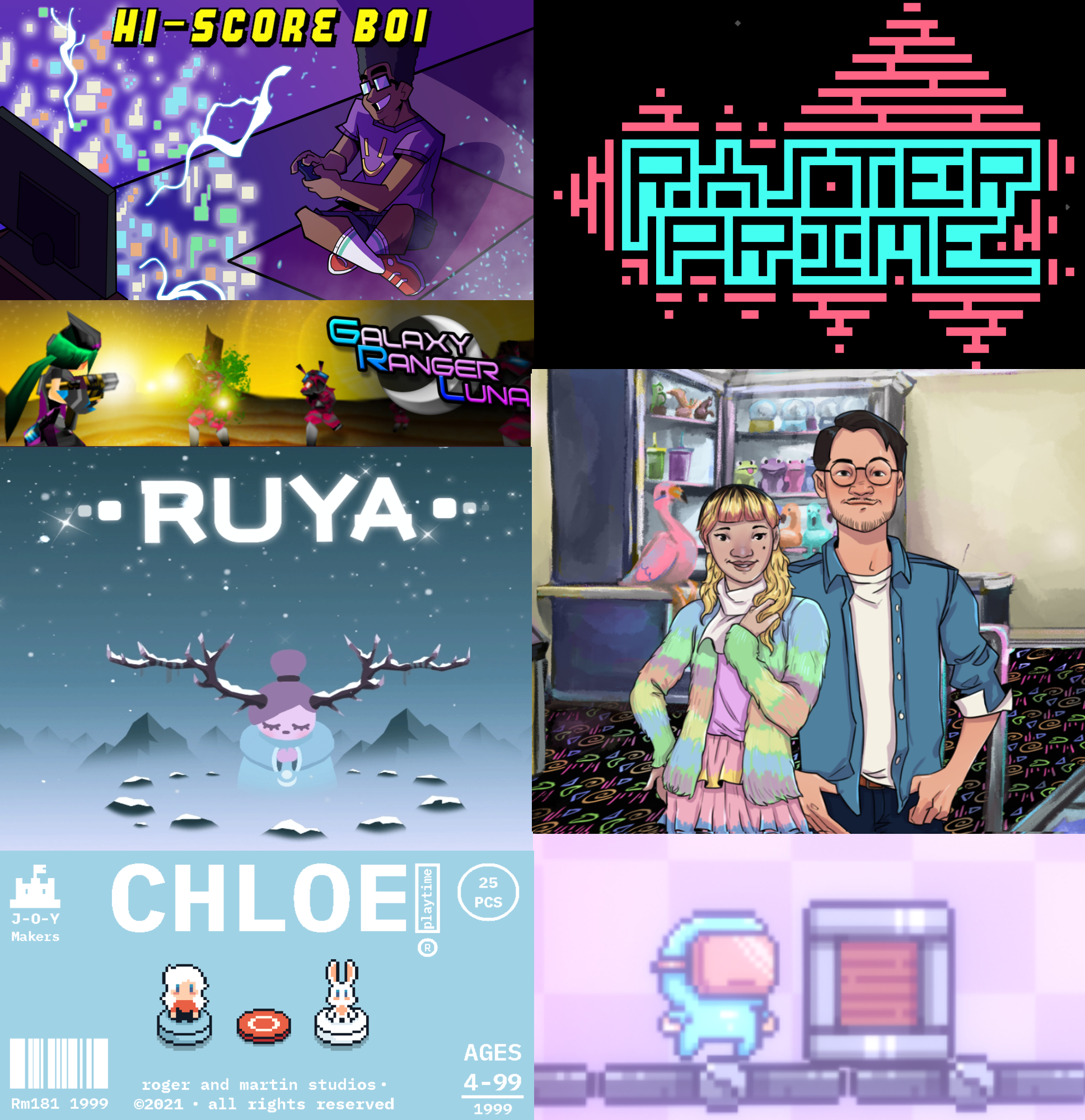 We'd like to thank 88Domo on itch.io for hosting the bundle and including Raster Prime [REMIX].

Another month, another bundle featuring work from indie devs around the itch.io community. This time we have a mix of games, assets and soundtracks to keep you grooving while creating your next project. What is work without a little play, right?

We'd like to thank Zexsoft on itch.io for hosting the bundle and including Raster Prime [REMIX].

Awesome. Thanks again for hosting. Off to spread the word!

If you haven't done so, I'll go ahead and mention this bundle being open for submissions on the itch Discord. :)

Hi Zexsoft! We'd love to take part in another bundle with you. We'd like to submit Raster Prime [REMIX].

Reply
itch.io Community » General » General Discussion · Replied to PixLiz in Looking for the Best Pixel Games to Feature in an Article
Punk Labs1 year ago

The game doesn't rely on colors for the puzzles but shapes, and is high contrast. There are no settings.  I'm actually the point of rreference as I only see in black and white (greyscale).

Reply
itch.io Community » General » General Discussion · Posted in Looking for the Best Pixel Games to Feature in an Article
Punk Labs1 year ago

I'd like to present to you our very own release.  :)  Thank you for the considertation and I look forward to seeing the article.

A puzzler for purists in a sci-fi pixel setting. Don't let its simplicity fool you, Raster Prime [REMIX] has binary sequences hidden on obelisks for you to decode. Uncover the rules as you work your way through eight worlds deciphering sequences using the glyphs displayed beside each obelisk.

Looks like there is one that integrates fairly well with Gnome.

Best of luck finding something that works for you.

Yay! Best of luck to all. Starting to spread the word. Got a post up on Discord, Twitter, our devlogs, and our blog. Thank you for hsoting!

We're joining up with other awesome developers on itch.io to celebrate puzzle games. If you enjoy gnawing on a problem and love supporting creators, please head on over to the bundle page to get yourself hours of brain scratching fun.

We'd like to thank Zexsoft on itch.io for hosting the bundle and including Raster Prime [REMIX].

Hi there! We'd love to have Raster Prime [REMIX] tossed into the mix. It is Pay-What-You-Want with Free being an option. If you pay a minimum of a $1 you get bonus content which includes the original Android version and the soundtrack.

Thanks for your consideration!

If needed you can contact me (Skunkie) on Discord as Skunkie#0808 (I'm around on the itchio server).

We've also switched to Godot and are not looking back. :)

Thanks! I was just putting together some posts and devlogs to spread the word as soon as the bundle goes live. Very helpful!

Accepted! Thanks so much for hosting. Excitd to see how this goes.

We've started putting up all our music on arghitect.com.
You can also find the soundtracks we release for our games on bandcamp.

Favorite track at the moment is "Hang up" in Sketches found directly on the arghitect site.

The collection spans years of messin' around to unreleased gamess. Enjoy!

Just a bit of info on the project, we're devloping this as a Linux forward release. We not only are relasing for the platform but it is our default development system. Windows is being tested with the use of Wine and macOS is supported by means of virtualization. With that we are happy to hear any feedback regarding the platform you are playing on.

We might be a little late to the party here on posting our devlogs to the forum. The hope of doing this is to not exactly  create awareness of the project (though of course that is a nice byproduct) but perhaps more to share the story of why we ended up re-releasing and providing a place for more structured discussion. We were taken aback with how this started and it was very difficult to write about it and redevlop a game so close to our heart without being overly emotional. Changelogs as we provide fixes for the game will be psoted. I'll start this thread with our first devlog from the project page and follow up with the changes in a new post. 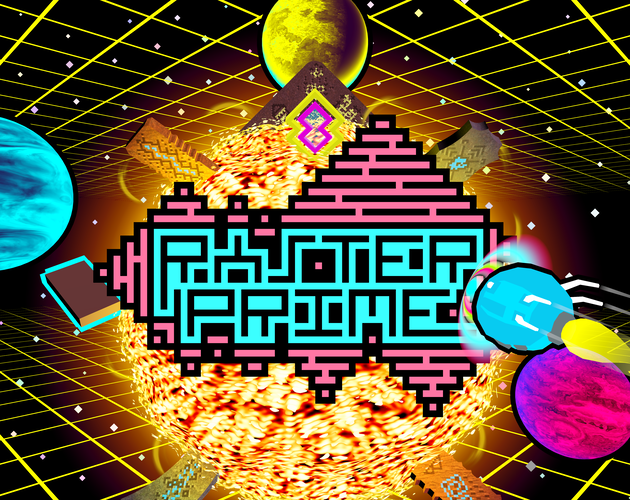 Raster Prime [REMIX] is a new edition of our original mobile game released back in May of 2017. It has been rewritten from scratch in the Godot game engine and brought to Linux, Windows, Mac, and Android. We found it feels right at home with a gamepad or keyboard and mouse on the desktop despite having mobile roots. While we never intended on doing a re-release of this title, circumstances led us to a point where our game might vanish from history if we didn't act. 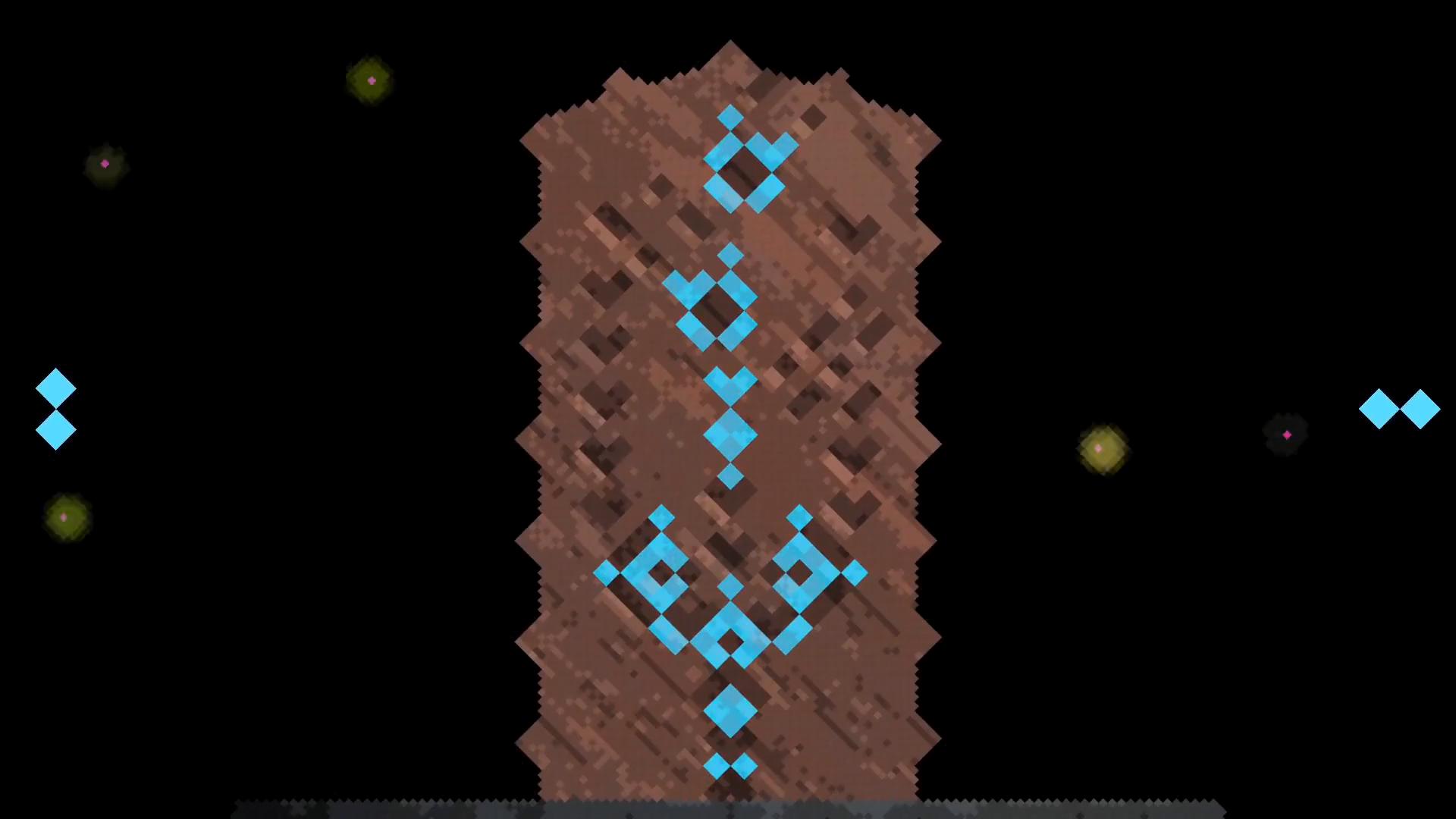 A Bit of Backstory:

About a year ago, we decided to stop developing games with proprietary software, and switch to all open source tools such as Godot and Blender to regain some control over our process. We took the leap, stopped paying our costly subscriptions, and got to work recreating our internal game framework in Godot. It felt like a prison break, but it had a downside; All of our old games were originally developed in Unity, so they could no longer be updated without recommitting to a subscription. What could possibly go wrong?

A couple months ago, Apple contacted us because they now considered Raster Prime to be a "low quality app". We were scratching our heads because Raster Prime had a 4.5 star rating, no crash reports, and had previously been hand-picked by Apple for promotion. It turns out that Apple considers any app that hasn't been updated in exactly 4 years to be "low quality", and we'd have to submit an unnecessary update to continue offering it. We promptly replied with an appeal stating that it would be prohibitively expensive to submit an update, and that the game simply didn't need one. We never recieved a response to our appeal, and the game was pulled from the App Store.

Over the last couple years Google has (very publicly) waffled on whether or not they will allow legacy 32bit apps on the Google Play store. They originally planned to pull them all, but kept pushing their deadlines back, eventually settling on a final deadline of August 1st, 2021. All of our original Android games are 32bit due to limitations of the Unity engine at the time, so this means that all of our games should now be unavailable on Google Play unless you have a 32-bit device or are running Android 8 or older.

Developing Raster Prime, again, has made it very clear that we will never move forward if we stay trapped in the endless update-cycle imposed by certain platform holders. We can't allow our back catalog of games to disappear faster than we create new content. From now on we will focus on Linux first, followed by less restrictive platforms/stores.

We should all be allowed to listen to music from the '80s, watch movies from the '90s, and play games from 4 fucking years ago.

Hope I'm not stepping out of bounds here, went ahead and posted about the bundle on the itch discord to see if there are some other puzzlers out there that wanna join the bundle but check on the #join-a-bundle channel rather than in the forums.

So very cool to see such a wide variety of tools and engines employed in development. Here's our current list. I am sure I am missing some small utilities. Some of these can be their own topics when talking about a DAW, so broad strokes here.

Godot Engine is the engine we're creating games in now (we used to work in Unity).

For assets and images Blender and Krita are our go to. Though for doing straight pixel work we've been using PikoPixel.

Audio and video production is a pretty heavy topic. Traktion Waveform is our DAW. Kdenlive for creating videos. OBS Studio for recording raw video. We do use straight FFmpeg via command line for automation and fun audio and video tricks.

For testing our games on other platforms we're using VirtualBox (macOS virtualizing mostly) and Wine.

When in need of a text editor, we go between Atom and gedit. Atom has a neat trick for doing collaborative editing.

Last, but perhaps one of the most important tools you can deploy, git for source control. No frills. Straight command line.

Alright...if I forgot anything....well...I'll try to add it if it comes to mind.

Sounds good to us! This will be our first bundle to be included in. :D

We'd love to have Raster Prime [REMIX] be a part of the Mega Puzzler Bundle! It's Pay What You Want with free also being an option, and bonus downloads with at least $1.

Wishing you awesome success with your YouTube channel! Spreading the word of some of the passed over or "weird" indies is definitely a worthy cause. Though I could be a bit biased,. ;)

I'll be honest, our sci-fi pixel puzzler might be a tough one to capture as exciting in a video, but I would be bad at what I do if I didn't reach out and say, "Hey! Don't ya know, I have a weird sequence finding puzzler you should try!"

Currently playing Dungeons and Dragons 5th Edition with quite a bit of house rules. Nothing particularly fancy, and basic conference calling and Theater of the Mind in terms of setup right now.

Nice primer! We have a group get together every Wednesday. While we've been doing it for quite a few years, wish we started it even sooner. Helps keep the creative juices flowing. Seeing play in a different perspective or just trying out new things  Tabletop is the mother of modern gaming, right?

Have fun and hope to catch some stories.

I'm so glad you enjoyed it!

As far as I know, the end puzzles remain unsolved, but feel free to post any solutions you work out.  They're meant to be a final challenge to those who completed the game. 🤓

Edit: Just to be clear, there is no way to input anything into the last obelisk.

Hi itch! We finally got up the courage to post.

We're Punk Labs, some of you might remember us from such software as RocketDock.....or maybe not. And that's ok. We really love making games. Started out doing Unity tools (like Sunshine and ShadowSoftener) and collaborating with other indies, until we made the jump to doing our own stuff. Mostly mobile. Just recently ported one of our favorite releases to desktop (Raster Prime [REMIX]).

You'll hopefully see us around a bit. This account is managed by PolyVector and Skunkie.

Released our game Raster Prime [REMIX] for Linux, Windows, Mac, and Android.  It's a moody atmospheric puzzle game that we put a lot of care into, and we're very proud of.

It also marks our own personal escape from mobile app stores to developer-friendly places like Itch.

Hope you all enjoy it <3 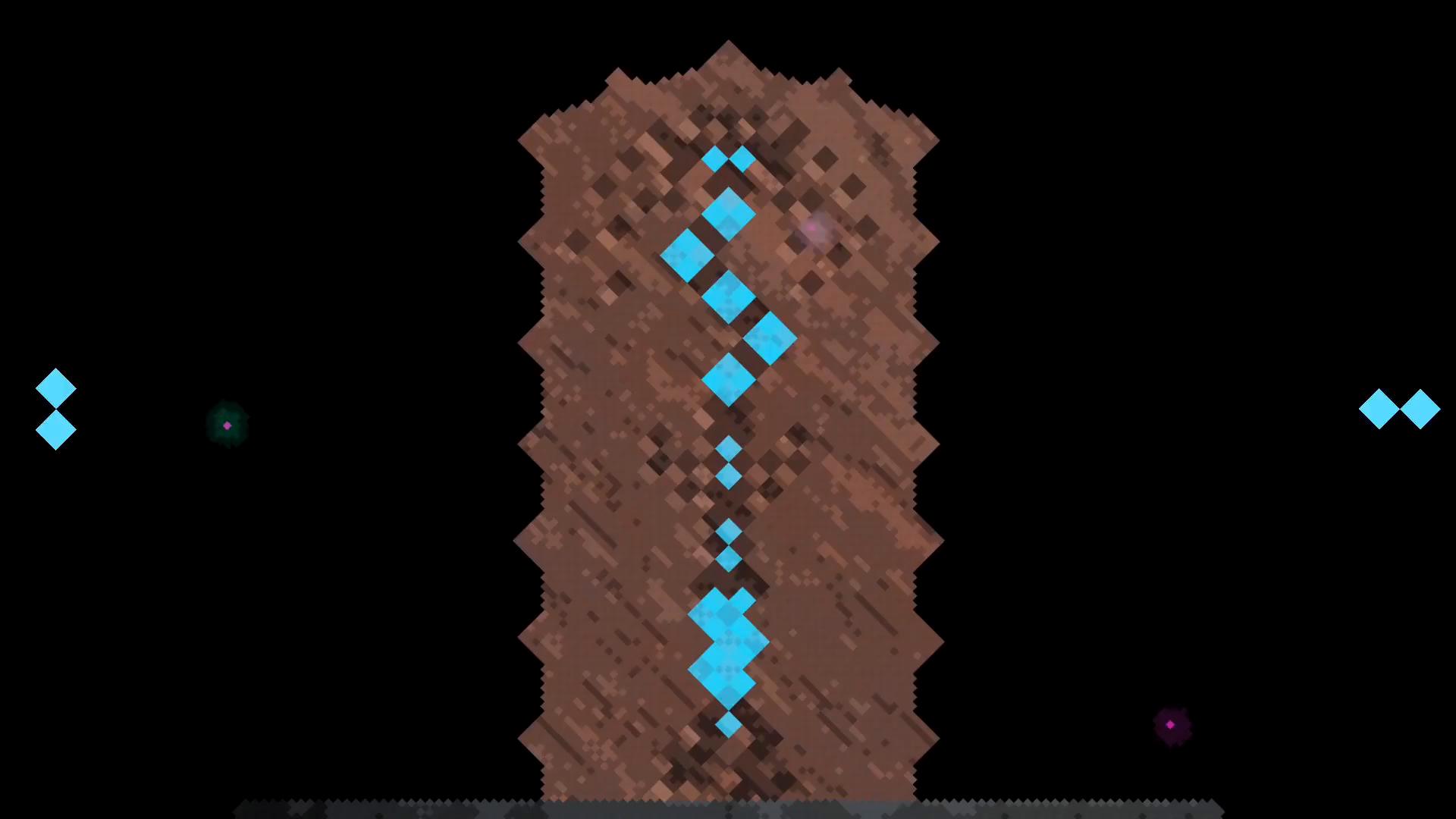