I got approached by Moodaaa too but when I asked them where are they selling the keys, they didn't answer. Seems really sketchy.

Did they tell you anything else? 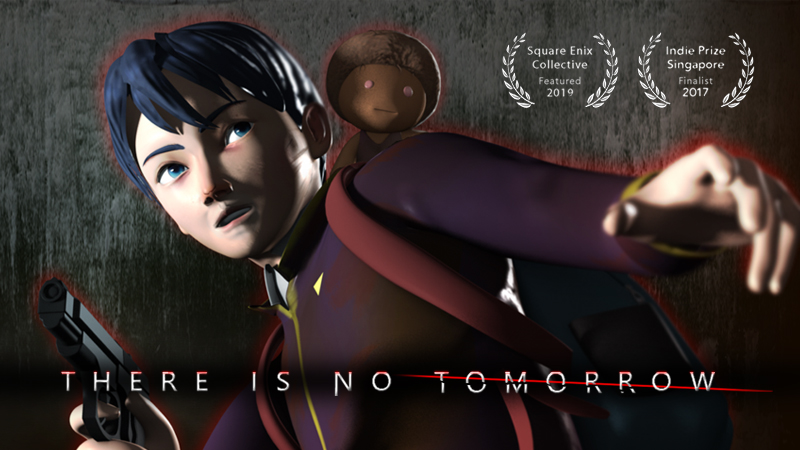 Hi, my name is Choo and I am here to share my release of 'There Is No Tomorrow' on Itch.io.

“I’ve always enjoyed story-driven RPGs and this game definitely falls into that genre. The storyline is very interesting and the fact that it comes with multiple endings is definitely a plus as it puts more pressure on players to play the game in a certain way to get the outcome that they want. The combat in the game is also another thing that I really enjoy in the game.”
IGN Southeast Asia

“There is no tomorrow" is a third-person action adventure combining stealth and action-adventure / survival horror elements in an admittedly successful way. This is a genuine result of a creator who is not afraid to experiment with gameplay that may initially seem repetitive in the gaming industry.”
JustGame

About
An Indie game made by one man, There Is No Tomorrow is a 3rd person action-adventure survival horror game with a talking doll companion. Leon traveled into the future where humans are at a brink of extinction due to the mysterious creatures known as 'RA' that have populated the world. Choose your approach, Stealth or Action with multiple story endings. Gameplay will take 4-5 hours, longer if you are into collecting 'sketches' and achievements.

The game centers on protagonist Leon as he time traveled into the future world full of evil and hostile creatures that he never seen before. Played in a 3rd person perspective, players battle monster-like enemies, including humans using guns and melee weapons or stealth their way through to progress the levels. Being a story-driven adventure game, players can choose between stealth or action approach while some levels require to solve mysterious puzzles.

The game is played from a third-person perspective in which scavenging for items and learning how to stealth is crucial in surviving the dangers of the game. The game's most common enemy, is very fast and deal high damage, Players will most likely be dead after just a few hits. As a regular student, Leon must learn to survive in this adventure.

Leon, the protagonist, needs to make use of the environment and things he may find in order to survive. Some of the items include melee weapons, steel traps, various distraction things and ammunition.

⦁ A variety of methods to kill or take-down your enemies

⦁ Enemies consists of both monsters and human.

⦁ Different endings depending on the choices you made.

⦁ Hard mode for hardcore players (You only live once)

Interview and feature with IGN SEA

Hi Nice playthrough :) I missed that bug, thanks for sharing.

Nudity that makes sense for the game :) 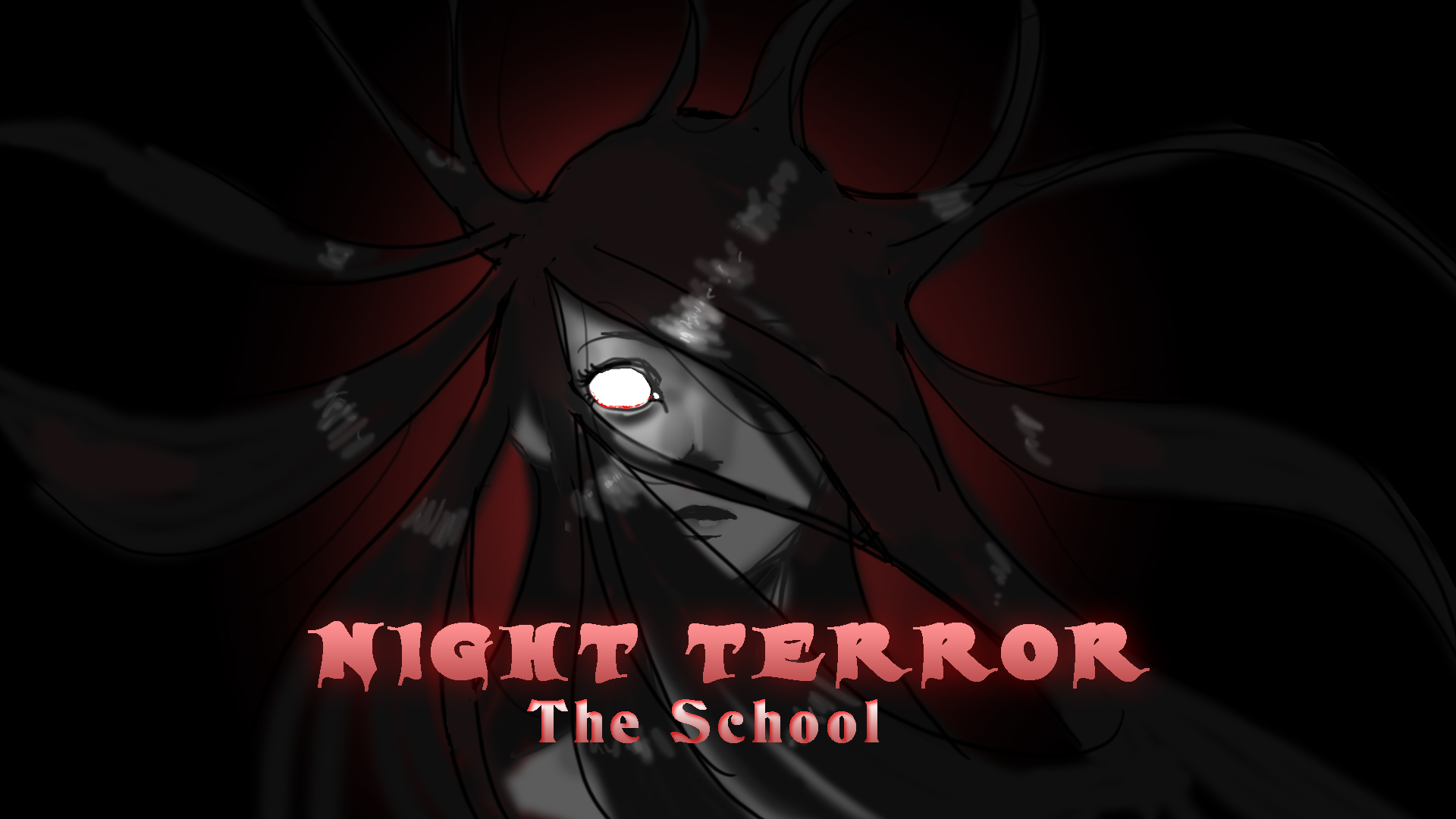 Night Terror - The School is a free point and click horror adventure game about a demon ghost that haunts the school. A short 2d game that requires players to find items to advance through and unfolding the mystery.

There are 2 versions of the game. One of the free version and the other is the NSFW version that includes nudity.

The NSFW version of the game will cost $1 to download. 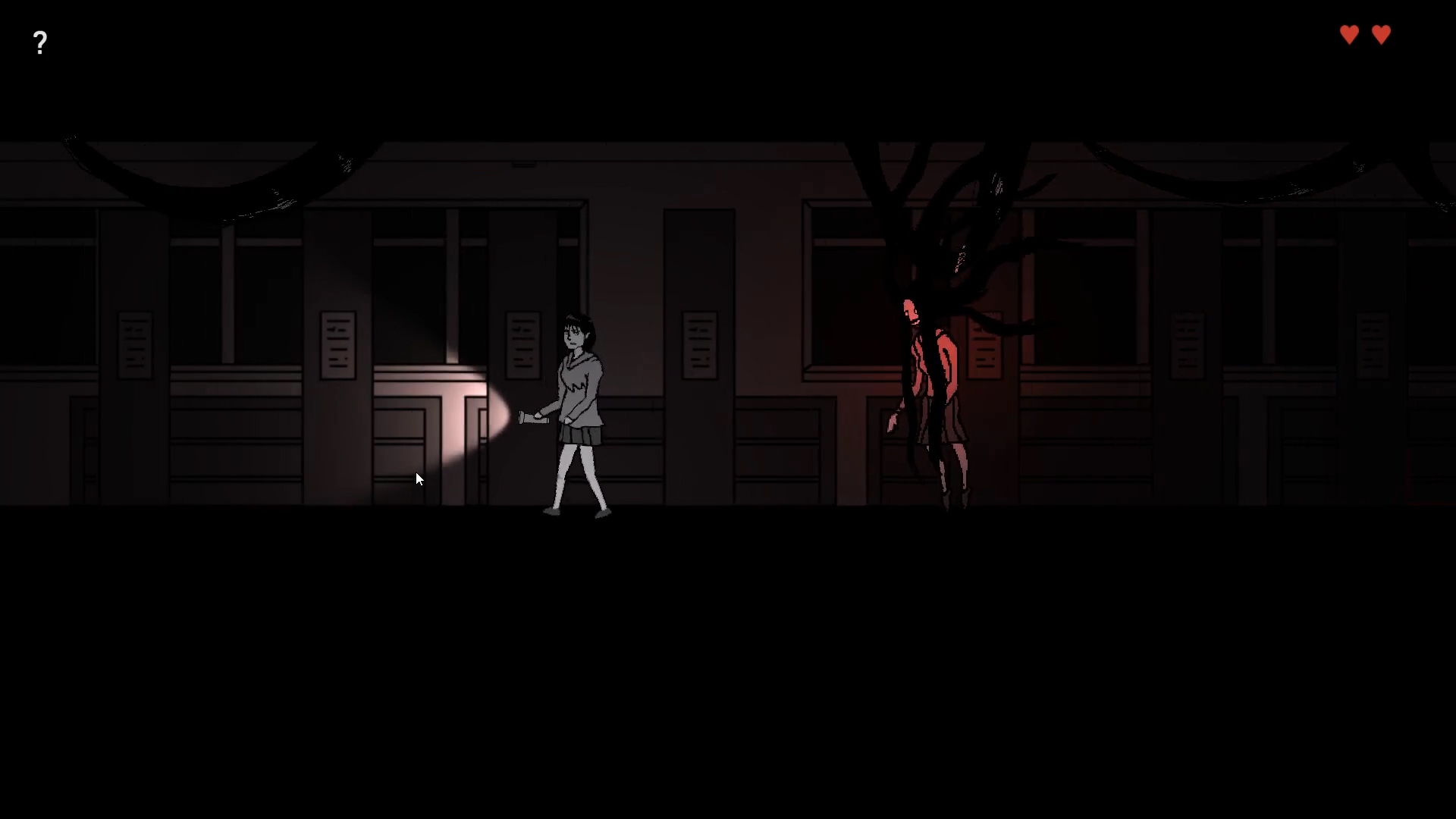 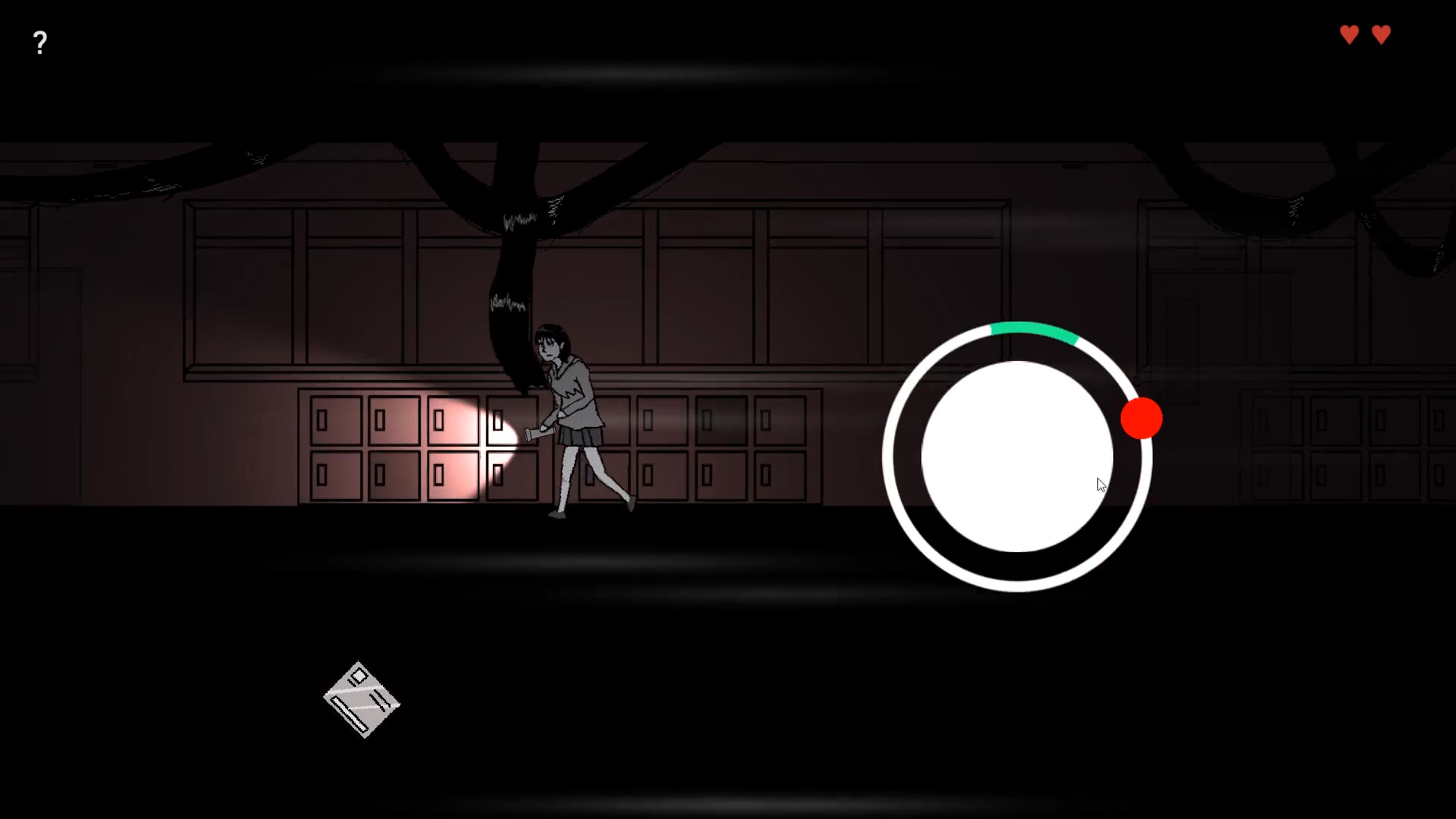 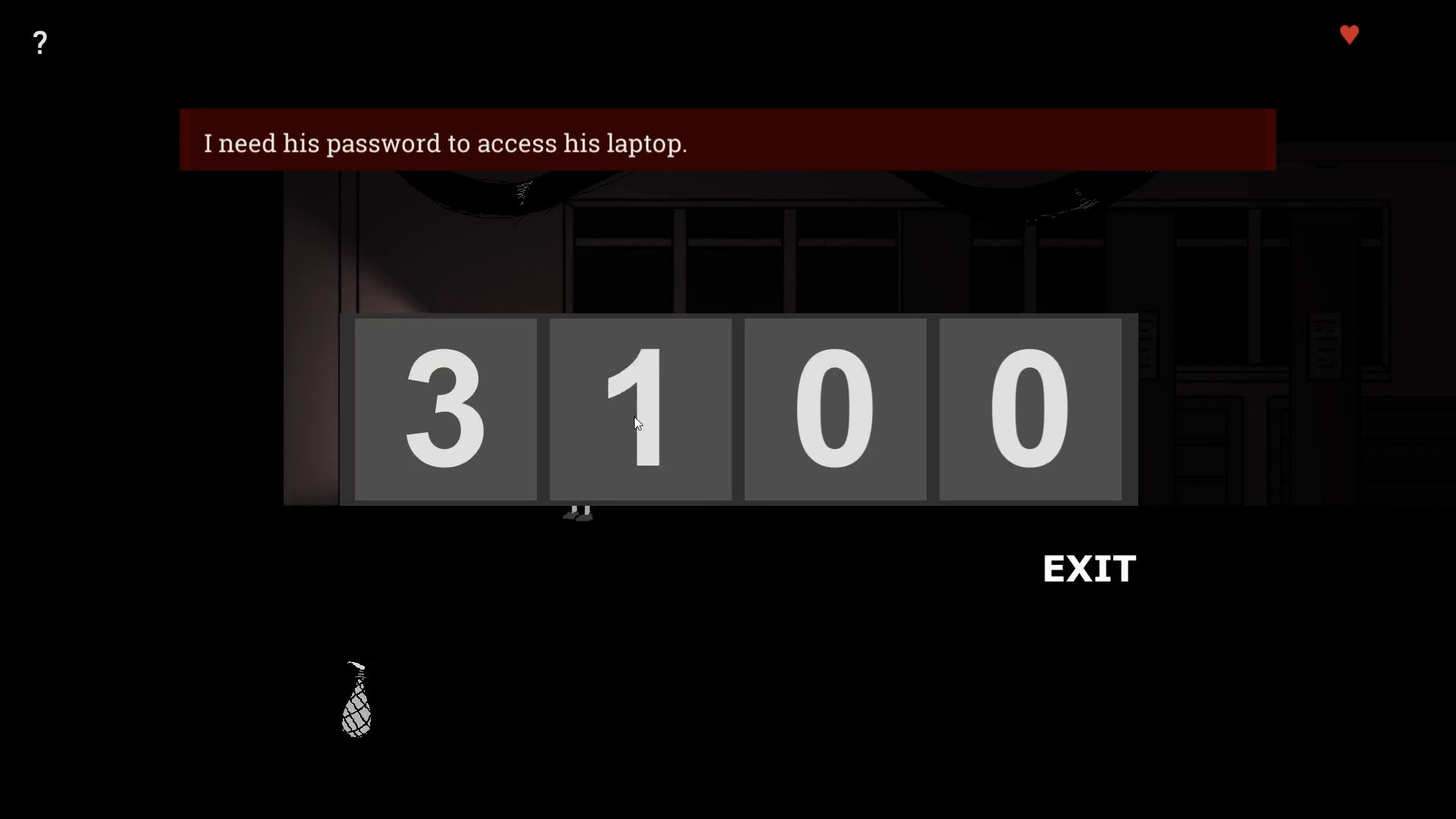 The game will come to mobile (android) next.

i see but how do i create a collection to put my works in? Cant find it anywhere.

Hi, is it possible to create categories for different types of project for example category A is for my published games while category B is for my game assets.

If not, i think i will have to make another different account.

Thanks, I am using the edge detection in unity.

Yeah I am still making There is no tomorrow, it's been a really long time in development.

All of ZHEM has launched!

Get it now on Itch.io!

Get it on Steam with achievements! 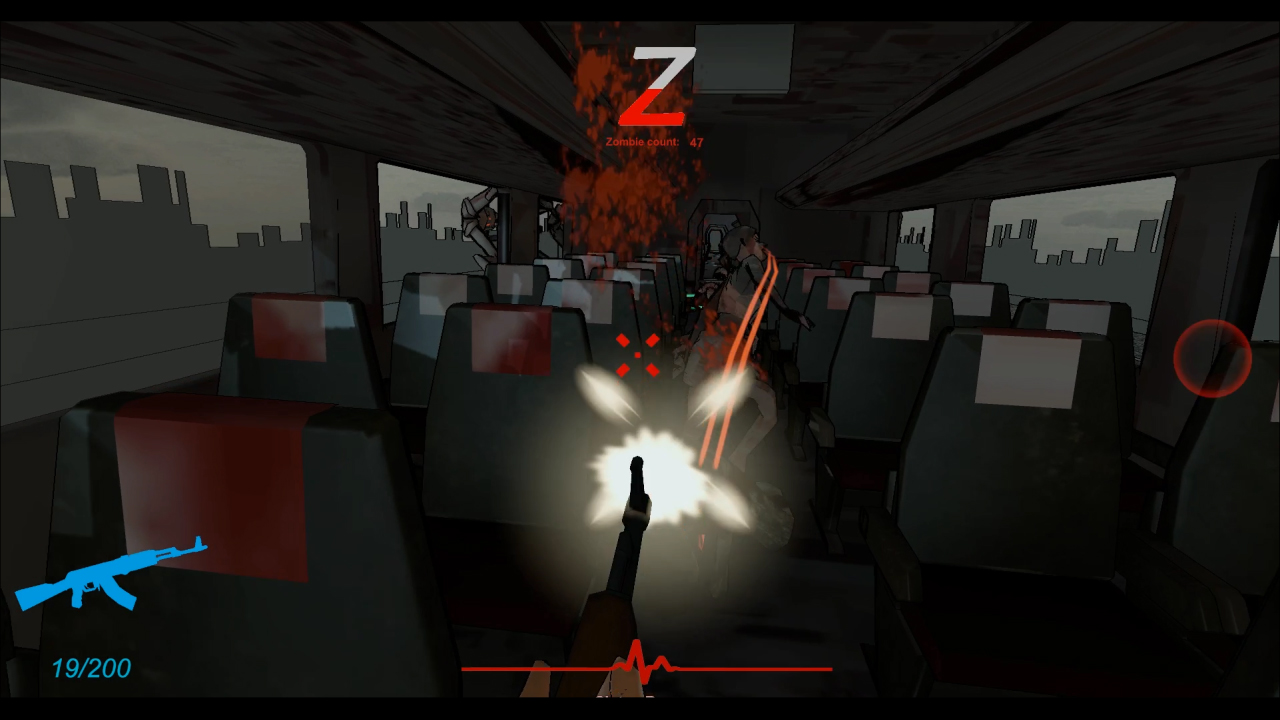 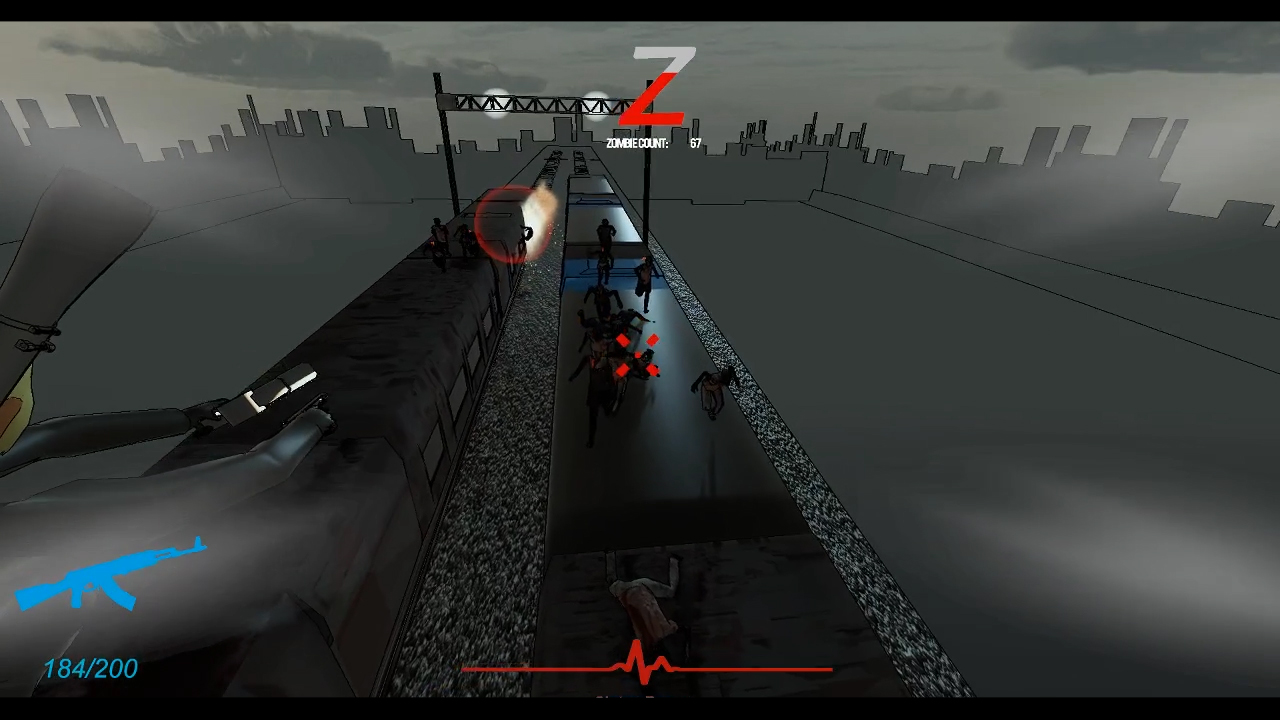 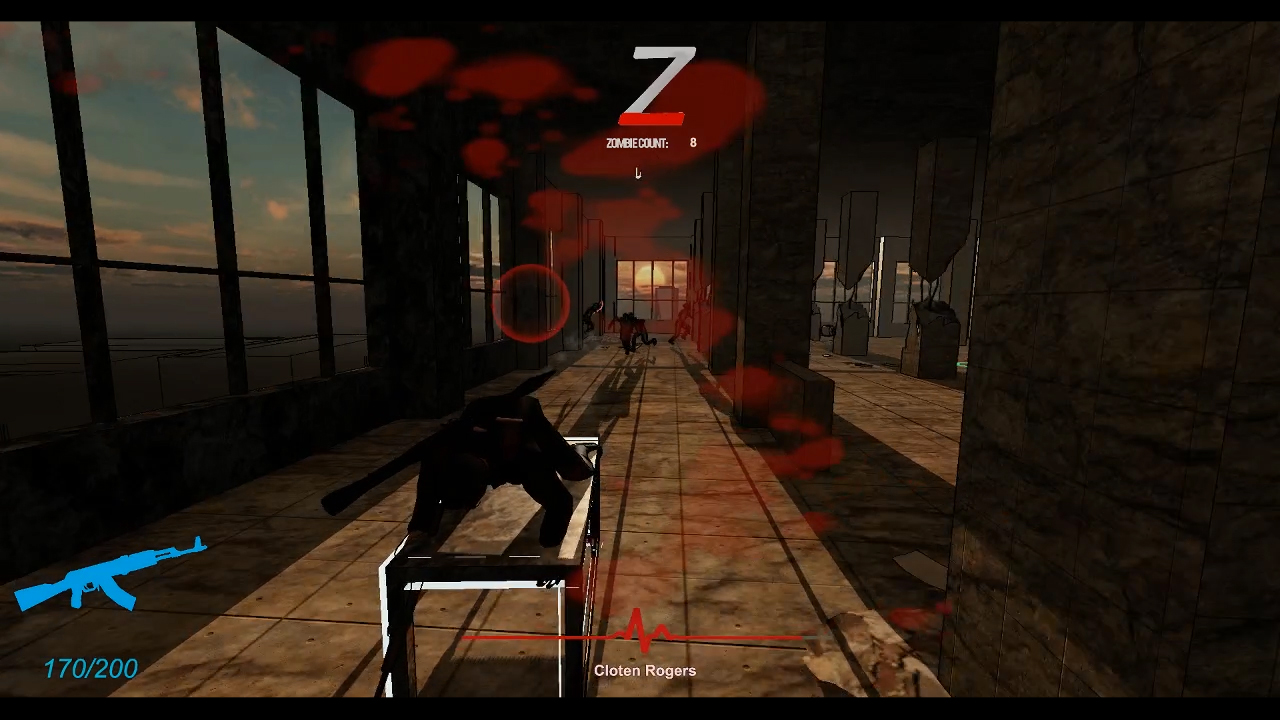 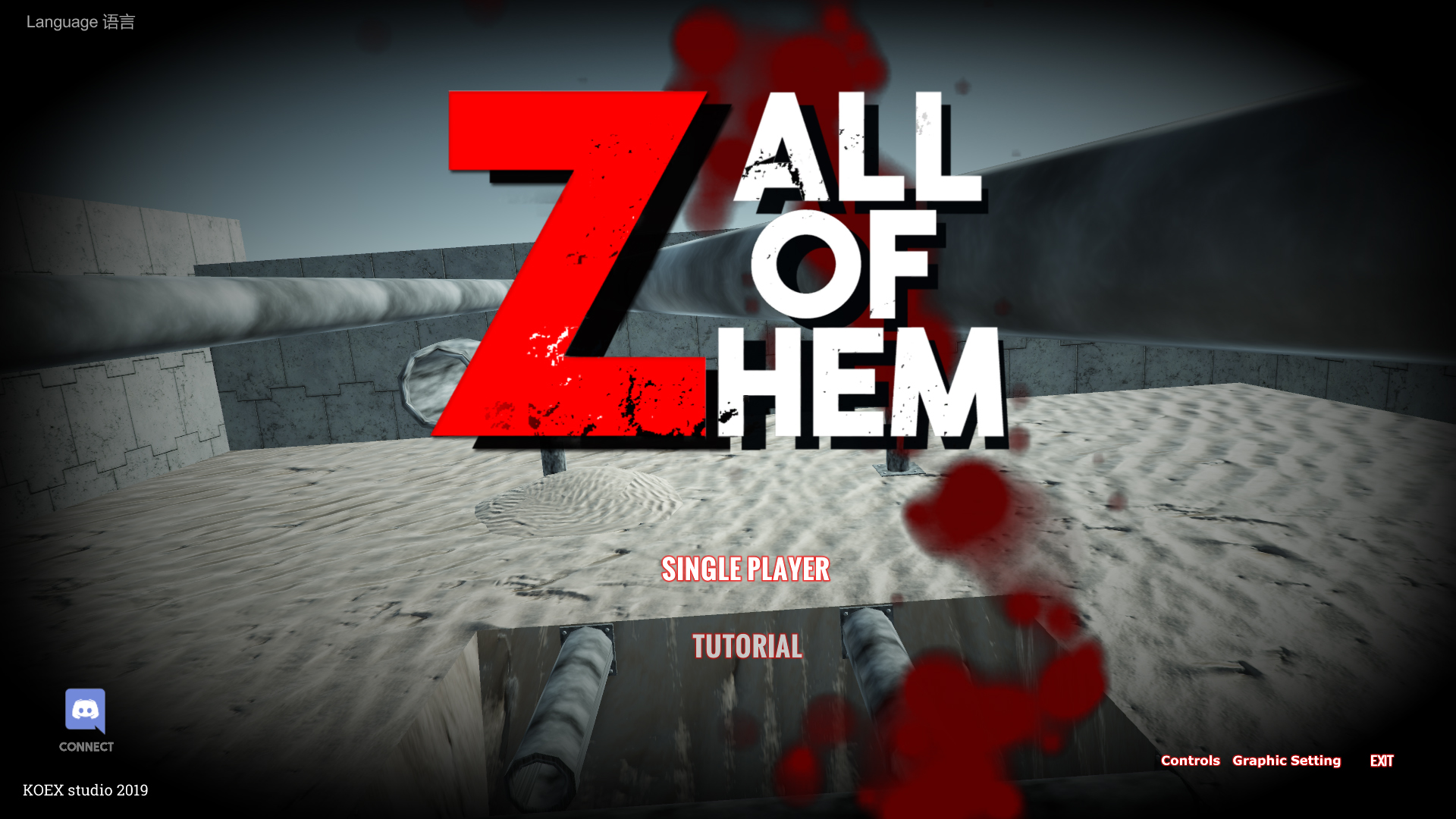 All of ZHEM will be releasing at the end of March.

I have also started live streaming my development progress on Youtue and Twitch. Feel free to subscribe or follow.

All of ZHEM is set to release in March!

All of ZHEM devlog#2 'Train scene'

These videos are shown earlier to my patrons as well as demos & games.
https://www.patreon.com/koexstudio

This is the progress of creating floating pieces of papers in midair when player is shooting through them.

These videos are shown earlier to my patrons as well as demos & games.
https://www.patreon.com/koexstudio 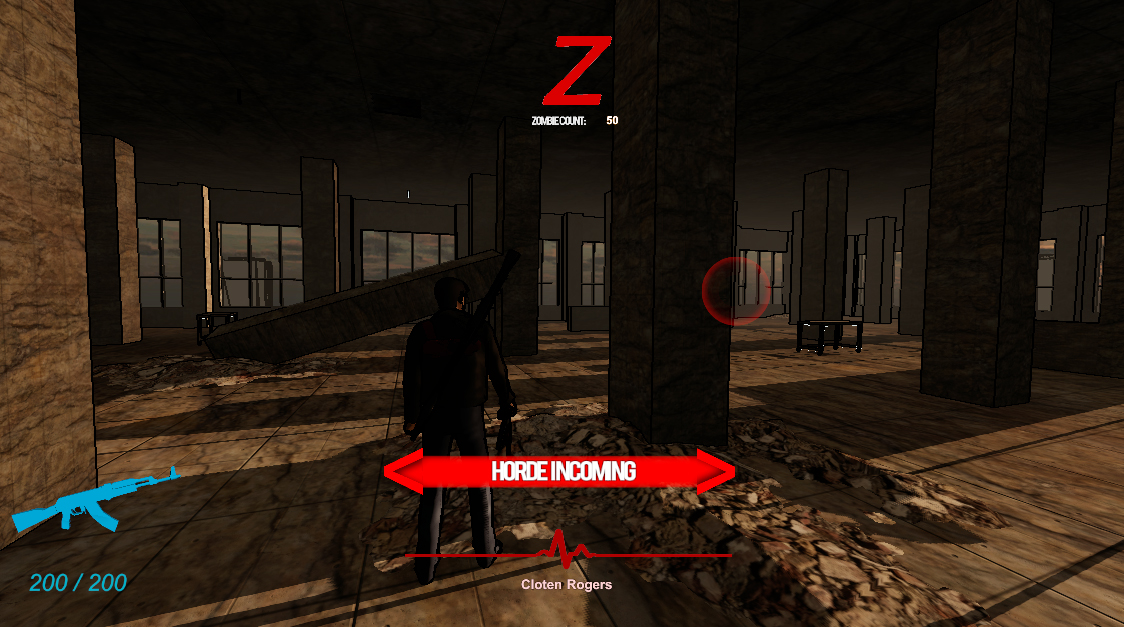 Improve on the UI visual when zombies are coming.  I also replaced the health bar to make it more interesting.

Afterwards, I am going to build the demo again and published it again on Itch.io.

Currently a free demo is available on Steam only - https://store.steampowered.com/app/988070/All_Of_ZHEM/

But a Early-access edition is available on itch.io - https://koexstudio.itch.io/all-of-zhem 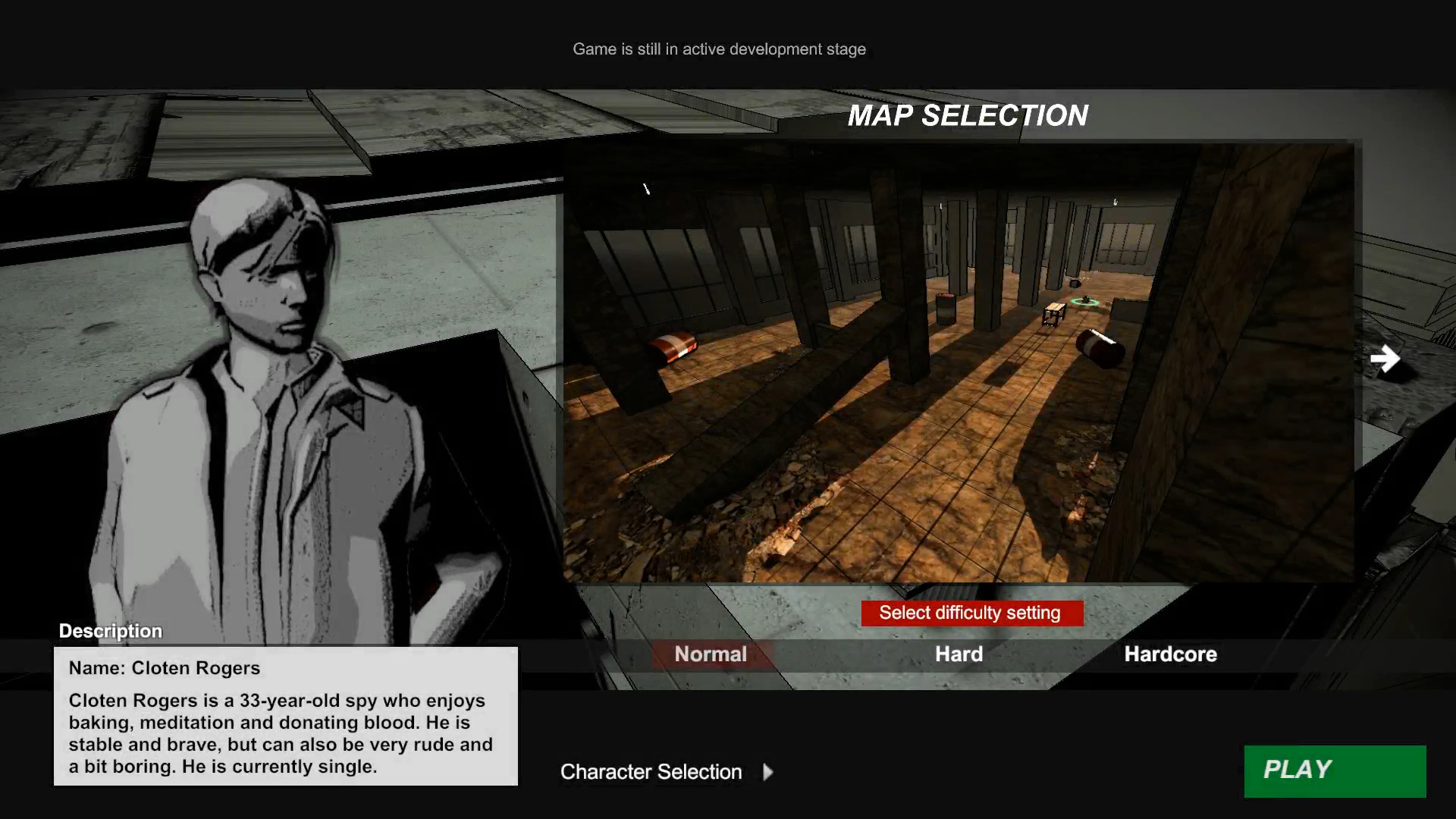 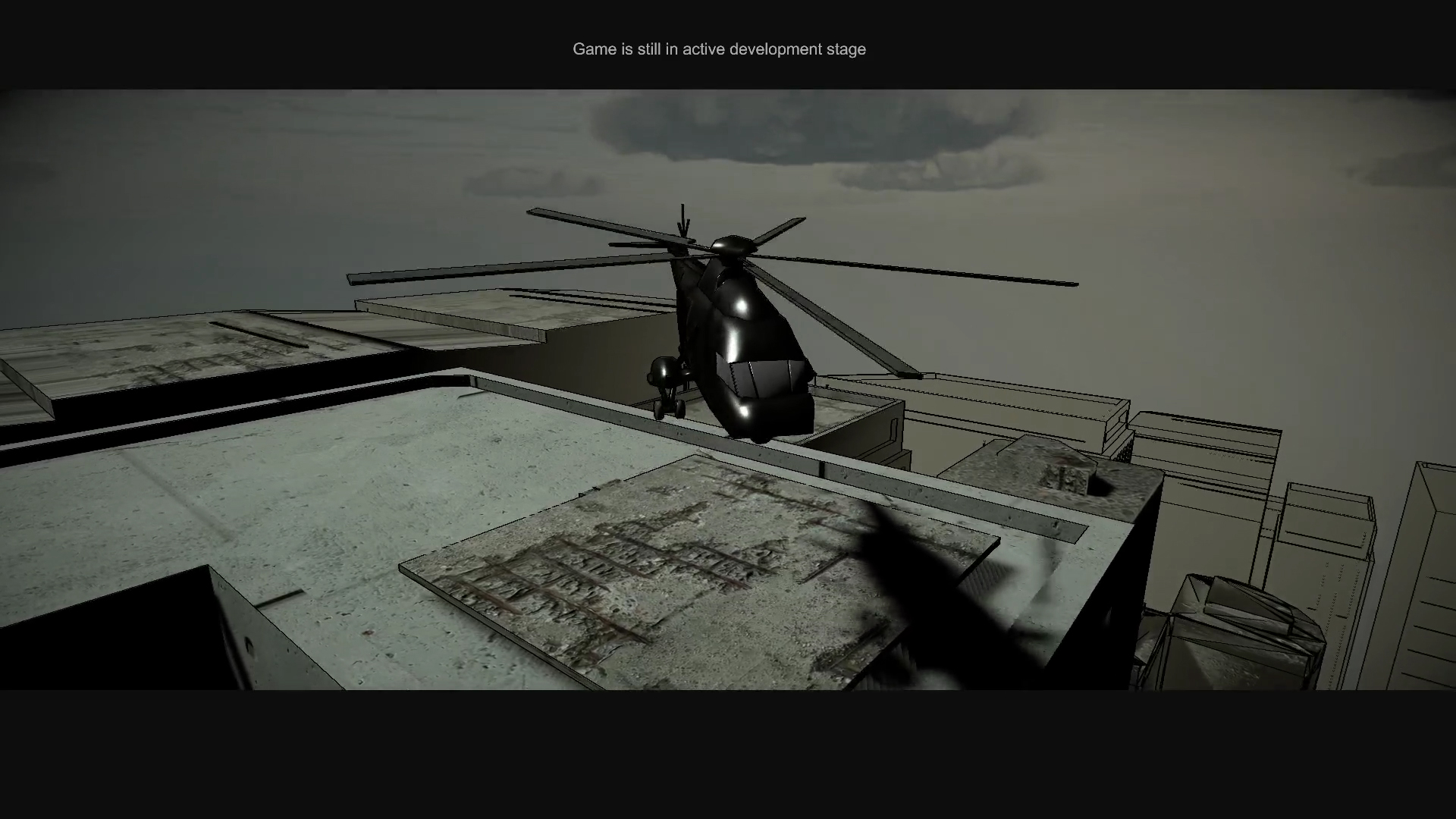 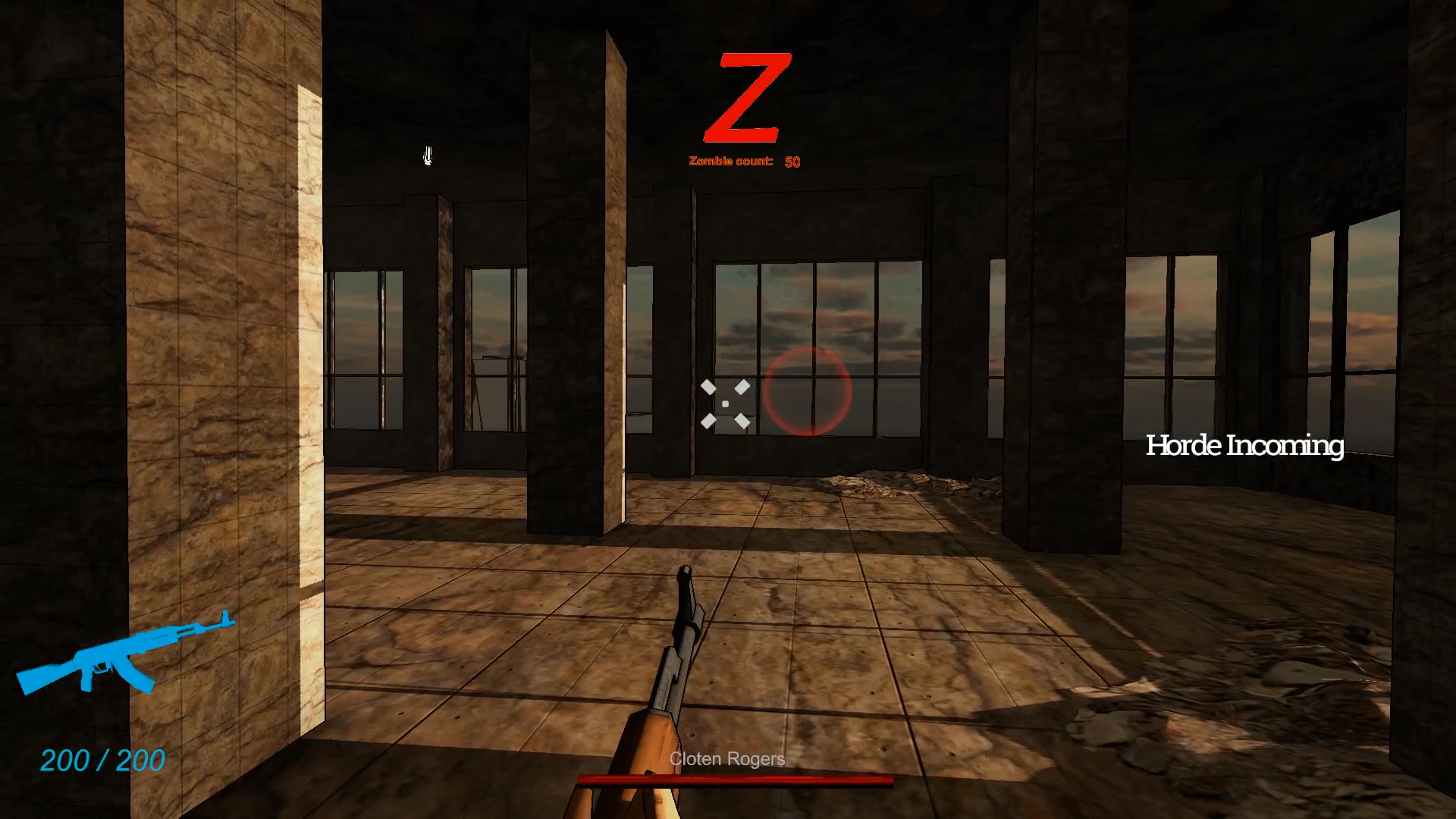 New leap over animation. What do you think? 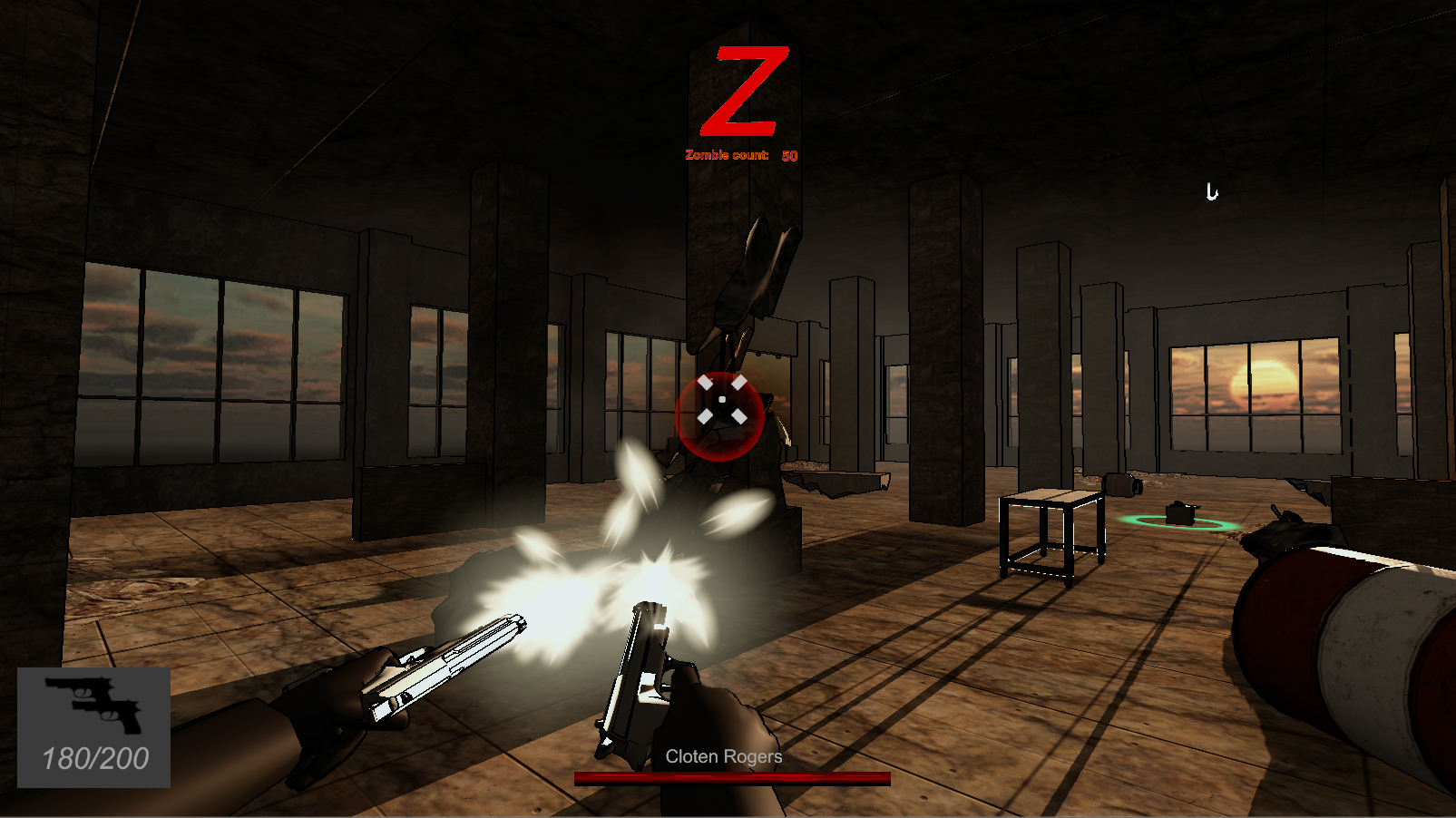 The double pistol weapon used by the second playable character.

Still needs some fixing on the position, right now it seems to be positioned on the left side more.

Reply
itch.io Community » General » General Discussion · Replied to Clintos in How to promote your game. anyone???
KOEX studio - games by Choo Bin Yong3 years ago

2 maps are completed but there may be some hidden bugs here and there. Then for the Building map, I still need more time to figure out the events for it, for example where will the zombies appear next and how interesting can I make it.

I am considering adding in a 4th map based in China. Let's see..

Then my game too if you like shooting zombies game.

In the latest demo patch, I added in a new option to revive after you died.

And in that moment of revival, you also released a energy bolt that exploded every zombies around you. 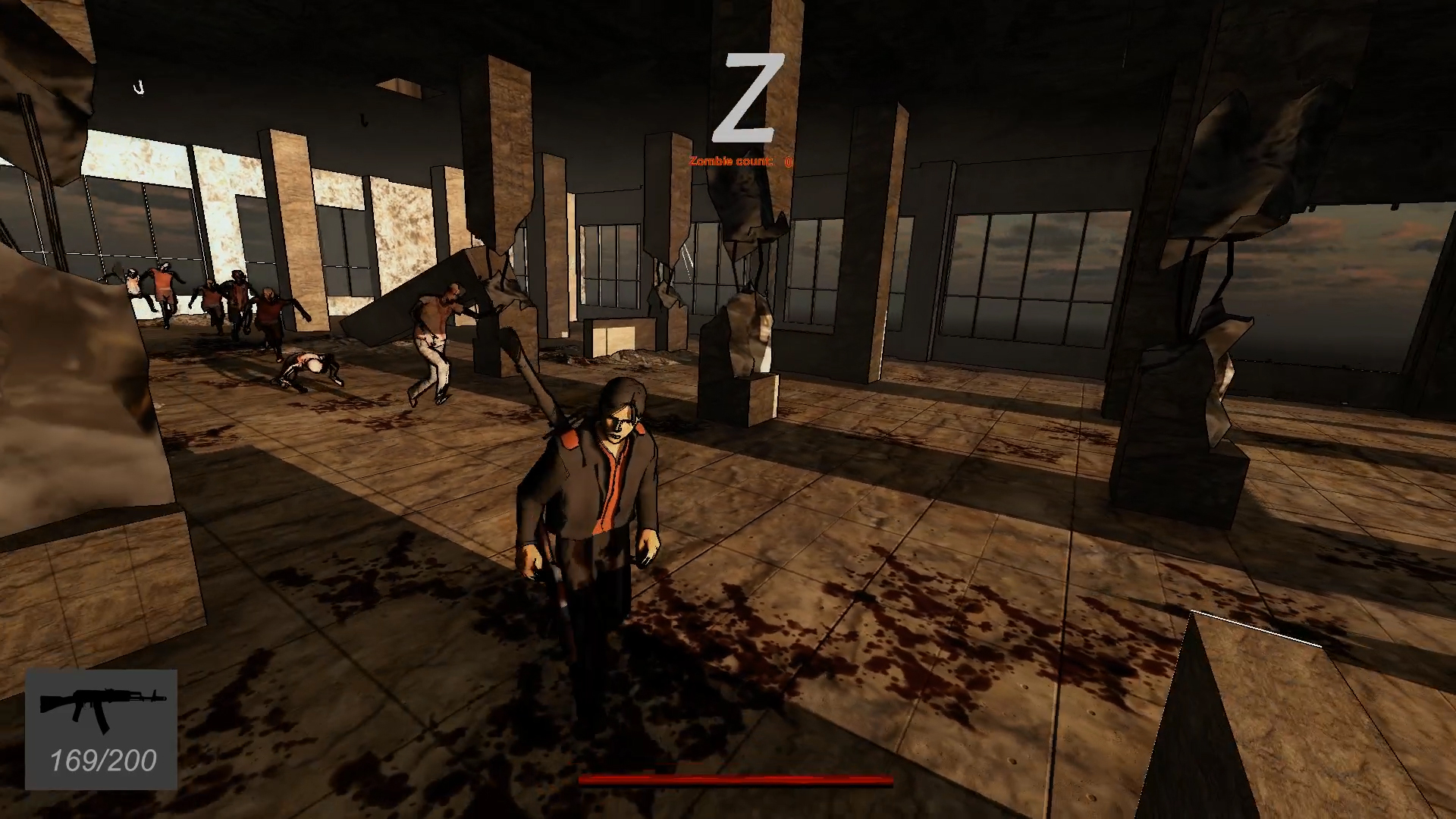 Initially I was aiming for a realistic visual for the game but in the end I am going for a semi-realistic style with a 2d edge effect. I think it works well for my game.

One advantage is that I won't need to do additional works to improve the visual, the edge effect 'covers up' the visual dullness. Then I was worried that it will slow down the game but it didn't so all is good! 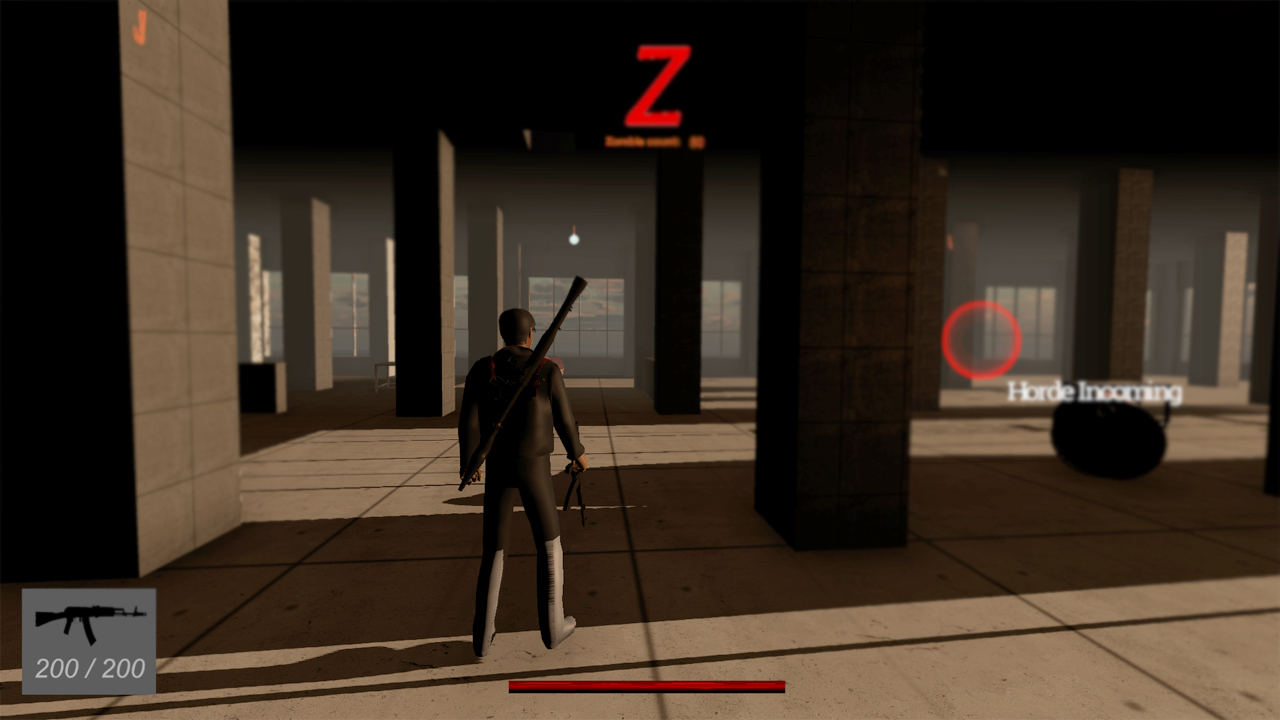 Before adding all the textures and the edge render it looks pretty dull. :/

All Of ZHEM is a 3D action game which you play as a role of a special agent pitting against hundreds of zombies in different maps.

Get it on Steam with achievements!

I'll be sharing more development progress in this thread!

Yeah but Steam is still currently the best place to get eyeballs and sales.

Reply
itch.io Community » General » General Discussion · Posted in How to promote your game. anyone???
KOEX studio - games by Choo Bin Yong3 years ago

My recent success with promoting my games is probably using Reddit. Post a gif in there that you think will attract the most eyeballs.

Then share your game link and your descriptions as a comment. But you should probably do some research on the rules on promoting on reddit to avoid being banned.

Reply
itch.io Community » Game Development » Get Feedback · Posted in What do you guys think about our first Pico 8 Concept Art?
KOEX studio - games by Choo Bin Yong3 years ago (1 edit)

The lava needs to look more like lava and more dangerous. I don't know it is lava until I read your post.

I think you may want to try out your plan first to know whether it works. If it fails, you learn something.  Then Steam's new algorithm is making it worse for indies.

I like the visuals., somehow it reminds me of the old final fantasy games,

I understand why I am not seeing the revenue sharing option. It seems that i need to accept the terms and conditions at the 'get started' under the PUBLISHER heading.  After i clicked that button, the revenue option will appear.
Thanks!

Weird, I am not finding any options for revenue sharing. I searched at 'Settings' but nothing over there.

Hi, I remember there used to be a option to share a percentage of the earnings with itchio in each project setting.

Did they removed it?

Hi thanks for checking out my game, i hope you have enjoyed this demo.

Thanks for playing, you might want to download the latest version to play because the older versions has some bugs.