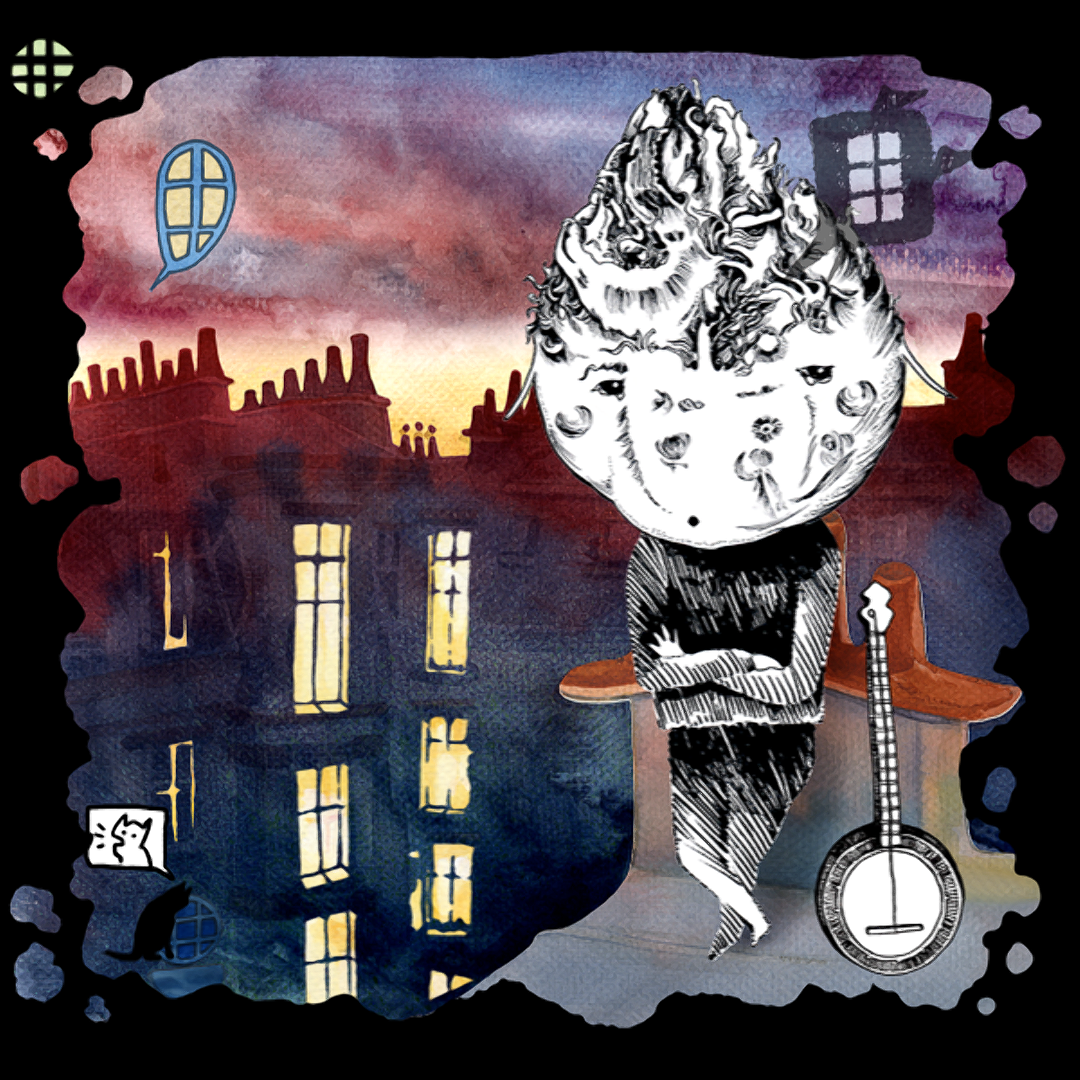 Reply
GDevelop Game Jam #1 community · Posted in How to add a name on the game page?
dos287 days ago

Hi! For starters, check whether you have enough free space available on your phone and whether installation from unknown (non-Google Play) sources is allowed. If it still doesn't work then, you'll probably need to grab a log, as without it I'm not really able to say what's going on... (see https://android.gadgethacks.com/how-to/android-basics-capture-logcat-for-detaile... for more info). Good luck!

10/10 would kiss everyone again

Reply
itch.io Community » General » General Discussion · Posted in How do you make your games ?
dos2 years ago

There are some exceptions, but most of my games are written in C using a home-made engine/framework libsuperderpy based on Allegro 5.

Come along on a journey with a small owl looking for her lost friends in other dimensions! Followed by a shape-shifting snake, she has to get to the Polish Radio Experimental Studio that holds control over the universe.

The game and story design process emerges from experimental ways of creating music developed by Polish Radio Experimental Studio. All the sounds used in the game were sourced from compositions made at PRES by Krzysztof Knittel, Elżbieta Sikora and Ryszard Szeremeta.

Check it out especially if you're interested in the history of early electronic music and how it developed in the Soviet Bloc. You'll need 15-30 minutes of spare time, a web browser and headphones :) 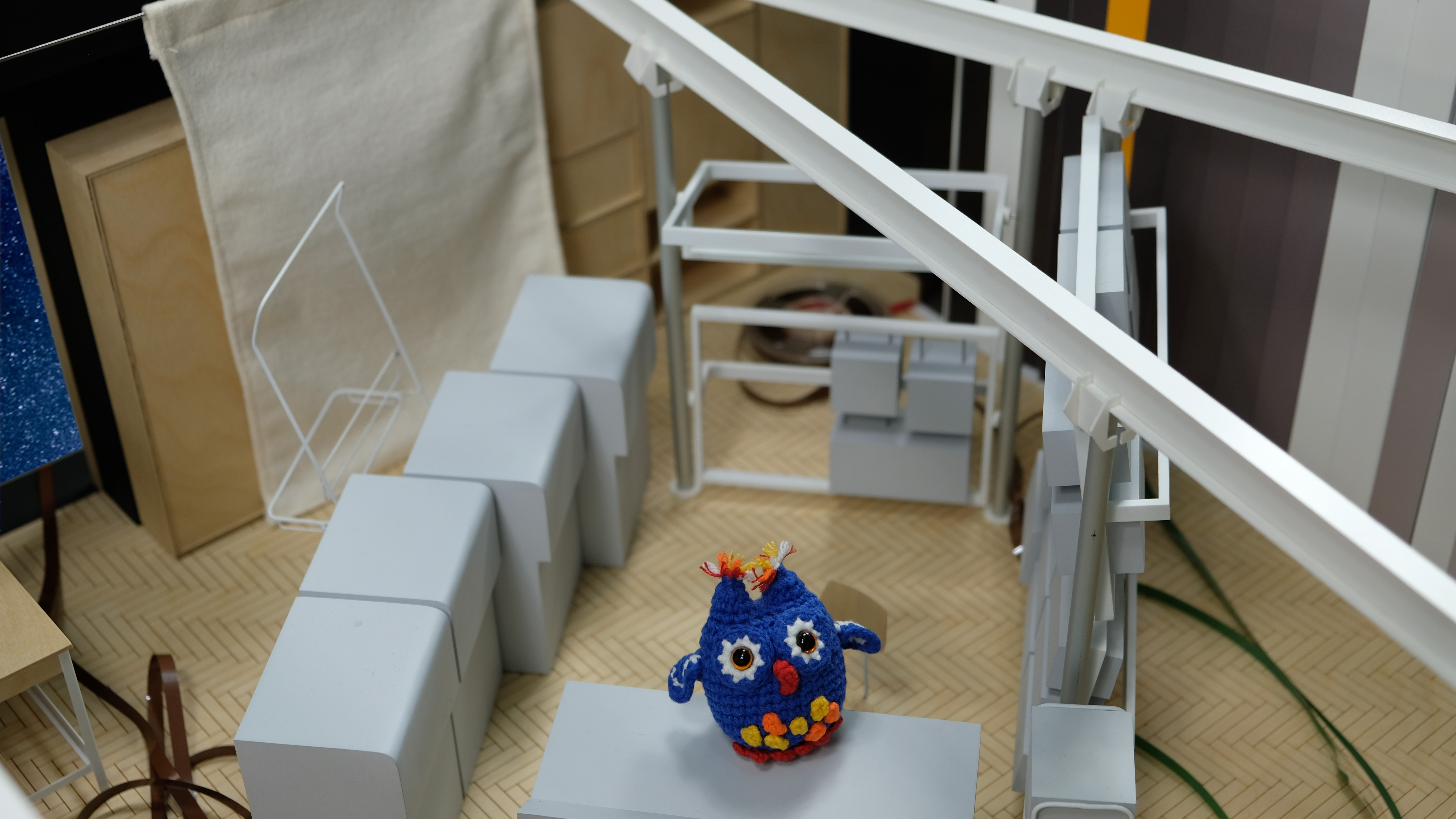 Come along on a journey with a small owl looking for her lost friends in other dimensions. Followed by a shapeshifting snake, she has to get to the Polish Radio Experimental Studio that holds control over the universe.

The game design process emerges from experimental ways of creating music developed by PRES, where all the sounds used in the game were sourced from  compositions by Krzysztof Knittel, Elżbieta Sikora and Ryszard Szeremeta.

Check it out especially if you're interested in the history of early electronic music and how it developed in the Soviet Bloc.

You need around 30 minutes, a browser and headphones.

odgłos (noun, Polish, IPA: /ˈɔd.ɡwɔs/)
«sound accompanying an activity or produced by something»

Financed by the Ministry of Culture and National Heritage of the Republic of Poland as part of the multi-annual programme NIEPODLEGŁA 2017–2022.

Not 3310, but close enough - Nokia 3410 had J2ME support and even a 3D engine (check out Munkiki's Castles for an example), so implementing games that run there is pretty easy ;)

This is a DVD-Video game. To play, download the iso file and burn it to a DVD disc; or play with a software DVD player (like VLC, Kodi etc.)

Unless you have some reason to assume that somebody is using this term mistakenly (which may happen with any term), there's no problem with it.

Actually, "copyleft or public domain" is a bad term, because it would exclude things like Godot Engine, which is neither copyleft nor public domain (it's MIT). Don't use terms like that, use the clearly defined ones like "open source", "free software" or "FLOSS" - they all mean the same.

When you ignore the ethical intention behind it, those terms are in practice synonymous. The term FOSS/FLOSS was created strictly because "free software" and "open source" describe exactly the same thing, to be able to use it without explicitly standing on any side of that moral battle.

Reply
Linux Game Jam 2019 community · Replied to murks in Let's do it! ALL FOSS!
dos3 years ago

It's not complicated - it's very simple. Unless you use the old GPL version, it's not open source.

Most of the things I use have been already mentioned, but I've also came up with these:

I'm a bit disappointed that it's not about reflashing 3310 with a custom firmware with the game :c

...but that's somewhat hardcore. One could consider upgrading the target device a bit though - Nokia 3410 already supported J2ME games, so making games for it (literally) wouldn't be that hard :D

Make sure to submit your games there as well ;)

Nice one! One thing I would recommend to you from my own experience is to use three frames for such drawing animations. With two it looks a bit weird jumping back and forth all the time; with three (or more, but three is enough) it gets way more natural :)

Have you ever felt the urge to just drop everything and start singing? Possibly non-competitively? Maybe as a bunch of potatoes?

Don't worry, be happy now, as we got you covered!

Check out Non-Competitive Singing Potatoes, a small gamey-thingie that lets you conduct a band of singing potatoes. Non-competitively, of course.

Reply
Godot Community Game Jam - June 2018 community · Posted in I too want to know the theme.
dos4 years ago

I have started making a game about determining a theme by using Framaforms vote.

and from the jam itself:

Current version is a bit more advanced, but it's still waiting to be polished and properly released though. Also made on GNU/Linux :)

Reply
itch.io Community » itch.io » Questions & Support · Replied to martin.svoboda in Are games protected from being copied?
dos4 years ago

Reply
itch.io Community » itch.io » Questions & Support · Replied to leafo in How to share a co-authored game on both dashboards
dos5 years ago

Reply
itch.io Community » itch.io » Questions & Support · Replied to Rhyzue in How do I find my jar class name?
dos5 years ago

Looking at the JAR file you have already uploaded, it would probably be TicTacToe2. I think it's not necessary to specify it in your case at all though.

Yes, they generally are. The protection is called "copyright laws". For details, consult the law in your country.

Any other protections are generally harmful for both creators and users. There's no need for itch.io to give up its good name and reputation in exchange to broken and ineffective systems.

Reply
itch.io Community » itch.io » Questions & Support · Posted in How to share a co-authored game on both dashboards
dos5 years ago (1 edit)

This is basically the single, most anticipated and most basic feature I'm dreaming for.

Collections aren't really a good workaround for this issue, for number of reasons: most importantly their scrolling UI, limit of games being shown and the sole fact of being separated from the main game list. Neither me nor my girlfriend want to use them for this purpose, and as we sometimes make games together, it already happened that we fought with each other over this issue :P

Anyway, we're making duplicates of game pages each time I jam with other people with active itch account now, and it's a major PITA. Some other people don't care that much about their itch.io presence, but they probably would if only there was an easy way to make the game page I made appear on their profile.  I really hope it will finally get implemented properly - I'm waiting for it for years now, ever since I've created my account. I was excited to see game admins feature appear one day, but sadly it turned out to be completely useless for this case :(

Where did the game go? I don't seem to be able to play it anymore :(

oslo, Linux build is of course the reference one, Windows one is only added because it seems to be somewhat popular :P

@blackcode rite, but I'm going to fix it soon!

"Probably the only SGJ title NOT made in Unity!"

Hide away with your filthy C++! My SGJ game was made in pure C!

I don't see the connection with the theme ;_; I waited for a punchline, like, this is the block from the game that Maks could have lost if he didn't catch his computer when he fell, or something!

Nice idea, chuckled a lot while reading! Gameplay is maybe a bit too easy BUT WHATEVER WHO CARES, THE COMPUTER IS FINE! :D

@JamSnack: You can win! You just always fall, as it is what happened, but you can either save the computer or let it break when you fall :D However, the score counts how long you lasted before falling, so you should keep trying to walk for as long as you can ;)

The Windows version is now there!

@devi ever: I'll try to deliver some Windows executable (and maybe some packages for popular distros and OS X). However, I won't promise anything, as I haven't used Windows for ages :)

Oh yes. As a frequent game jam participant, I would really really like to see such feature on itch.io. It's really disappointing to not be able to show the game on the pages of each team member, especially as some of us use their itch.io pages as some kind of jamming potfolio. +1 from me!