Sure thing! I made it free to claim forever for the next few months. Have fun!

Hey guys, this is my submission to the Procedural Generation jam.

For your convenience, both an installer and a simple zip version are available.

Note that it's FREE to download & keep, I put it on sale until the end of the year.

Reply
Secret Santa Jam community · Replied to Voidsay in is this safe?
Bip Studios342 days ago

Well said, just remember to physically disconnect your secondary computer from the internet before running unknown software on it.

Hi John. I didn't find a real solution. My workaround was  to upload no screenshots at all (only the embedded ones) as you can see in my game page.

This does mean, however, that no screenshots will appear when hovering over the game in the main page.

Is there a way to hide the screenshots bar in the project page for mobile users?

The Screenshots: Hidden setting only affects the desktop site.

I embed the screenshots in the project description, so I don't want them to also show in the bar.

Reply
itch.io Community » itch.io » Ideas & Feedback · Replied to mid in Filter by NOT having a certain tag
Bip Studios1 year ago

There has been an explosion of horror games in the "popular" tab lately.

I'm not into the horror genre - is there an option to filter out games tagged "horror"?

Following the massive 100%-off sale at Deathly Orb's launch, I'm giving away 64 additional copies of the game in case you missed the launch. Grab a key now! (Giveaway starts soon)

Deathly Orbs is a survival-adventure game where the world can be shaped as you please.

Deathly Orbs is now available after 12 months of development. To celebrate the release, I created a 100% off sale for a limited time. Grab a free copy now and keep it even after the sale ends!

Quick, Survive was my first (major) game release. I had a lot of fun developing it, and I hope you enjoyed playing it.

Today I'm closing the game for purchase. Everyone who purchased the game can still access it.

If you have any questions or concerns,  contact me. bipstudiosofficial@gmail.com

Temporary workaround: use an adblocker to disable that element.

If I make a free game and allow people to support it by donating, itch will pop up a message before they download the game and ask for a donation.

My problem with this is that most people won't donate before actually trying the game! I want people to be able to donate after they've downloaded the game via a link directly to the donation popup, that won't trigger a download (since they already have the game).

Can I do such a thing on itch.io? I'm aware of sites like ko-fi but I'd rather manage all donations in itch.

The second episode of the Deathly Orbs devlog video is now up on YouTube!

To change the field of view, go to the settings by clicking the "settings" button in the main menu, or the settings wheel image at the top right corner of the screen.

To learn how to play, click "how to play" or the question mark at the top left corner of the screen. Note that the "how to play" panel is scrollable.

But wait... The field of view IS changeable! Also, with some practice you can aim quite naturally.

Thanks for letting me know! I'll try finding time to work on an update, but keep in mind that this is a jam entry, and I'm focusing on creating another game.

You created this game in 48 hours! Unbelievable!

I've been working on a new game for 7 months now, but I was so excited to develop the game that I didn't really share my progress with you guys! Yes, I still have a lot of things to add and bugs to fix, but since it's the summer vacation here I have plenty of time to do just that. I'm working on the game for hours and hours every day, so stay tuned!

My new game is very close to release! I've just recreated the player's texture with more details and a resolution x4 times larger! 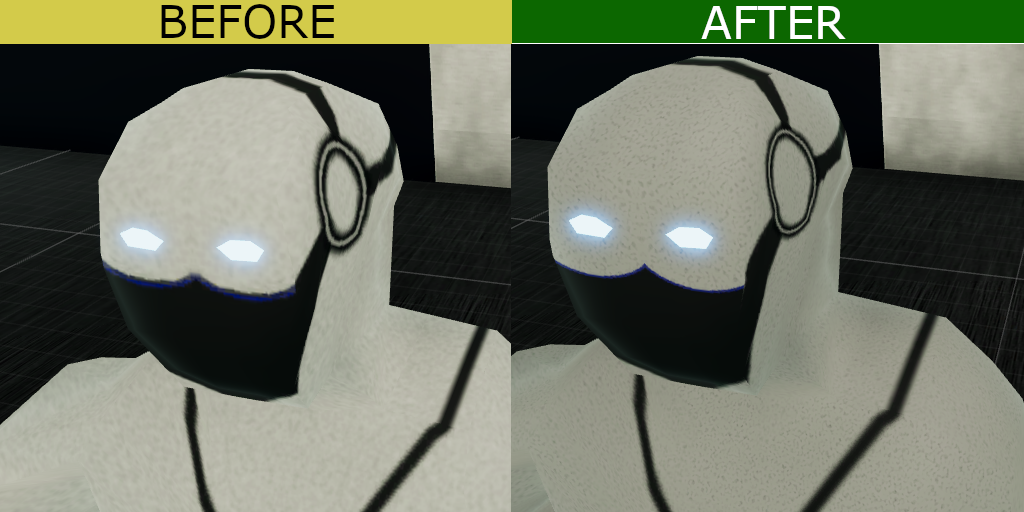 I've been getting a lot of requests to add mouse looking. I'm planning to add it in a future update.

Oh. The AI-s and you move at the same speed, so here's a little trick: let yourself fall down while flying towards the ball until you almost touch the ground, then accelerate upwards again (never touch the ground, walking is slow). That's the way the AI-s move and it seems to work like a charm!

Hey Vimino, why couldn't you do much?

Well, Air Hoops is intended to be more than just a small game you play for a bit, so I created an installer to "professionalize" the game. And about your question - I always prefer using exe files instead of playing on the browser. However, it's sometimes scary to install and run an unknown file, so that's a plus to HTML games.

Hey, thank you! And could you explain why you don't like the installer?

Say hello to Air Hoops, a free game that combines jetpacks with football!

Seems like an absolutely amazing idea. And it's free as well! I'm now downloading it.

Reply
Finally Finish Something 2018 community · Created a new topic This is perfect!
Bip Studios3 years ago

I've stumbled across this jam just in time. My working pace has decreased a lot over the last month, and I really need a final push to complete and release my game!

Hey, that's a really nice idea! But I would like to notify you about 2 problems I found:

-The collider on the door is slightly smaller than the door graphic itself, so I can't pass the level just by touching the door.

-Sometimes holding down space doesn't completely freeze the player, and just slows it down. Consider setting its RigidBody to "kinematic" as long as space is held down.

This game made me laugh :)

Reply
itch.io Community » General » Release Announcements · Posted in The next BIG thing is here and it's free! Circle Of Sumo
Bip Studios4 years ago

Tired of regular survival games and gathering resources just for the sake of gathering? Try Quick, Survive, the game where you survive before the boss arrives!