I've released 3 games on this platform and its been a good experience except for one area. I have noticed that the only way I have ever successfully launched a game here is once I get on the "Latest Featured Games" list which puts me on the home page for a bit. This is when my game actually gets a decent amount of traffic and has it's chance to shine or flop based on if it's a good game or not.

The problem is I really have no way of knowing whether of not I will end up on the "Latest Featured Games" list. Which in turn means I am on egg shells as to the success of my game on itch. I reached out to itch with my 2nd game release and it was stated that games are picked for that list at itches discretion. That makes sense to me but I have no way of know if at what point itch is planning or has passed over my game as not good for that list.

So my feedback is could we have some way to formally submit for the "Latest Featured Games" list and could we get a "Mark" or something telling us we will pass or no pass if itch likes our game enough to end up on that list at some point.

I understand this could mean every single developer will mark their game for review on that list but it will  give a finality and closed communication to the developer this is a possibility as it is key to success for a game.

At this point as a developer I am refreshing itch.io many times during the day to see if my new game  https://bcubedlabs.itch.io/snowmansjourney made it or not to the "Latest Featured Games" because I have no idea what's going to happen.

Thank you for your time.

Thanks for the fast reply!

I have a bunch of followers. I just released a new game. Is there anyway to message them my new game is out? Do they get notified automatically?

Thank you so much for the feedback and the purchase. It means a lot to me. I was really hoping it would strike a touching cord with everyone. I like you idea about canceling the jump. I will look into it! If you have a moment can you please leave a itch.io rating on the game to help it succeed!

Thank you for the purchase! Looks like it could be one of the two issues in the links below regarding OSX Security settings.

I made the game in Unity3d!

The Snowman's Journey - Out Now!

“The Snowman’s Journey” is a 3D Platformer adventure game. Help the lost snowman find his way home. Dangers both great and small stand in his way. Avoid rush-hour traffic, an avalanche of snowballs, succumbing to an icy river, and more!

Perfect game for the Holidays! 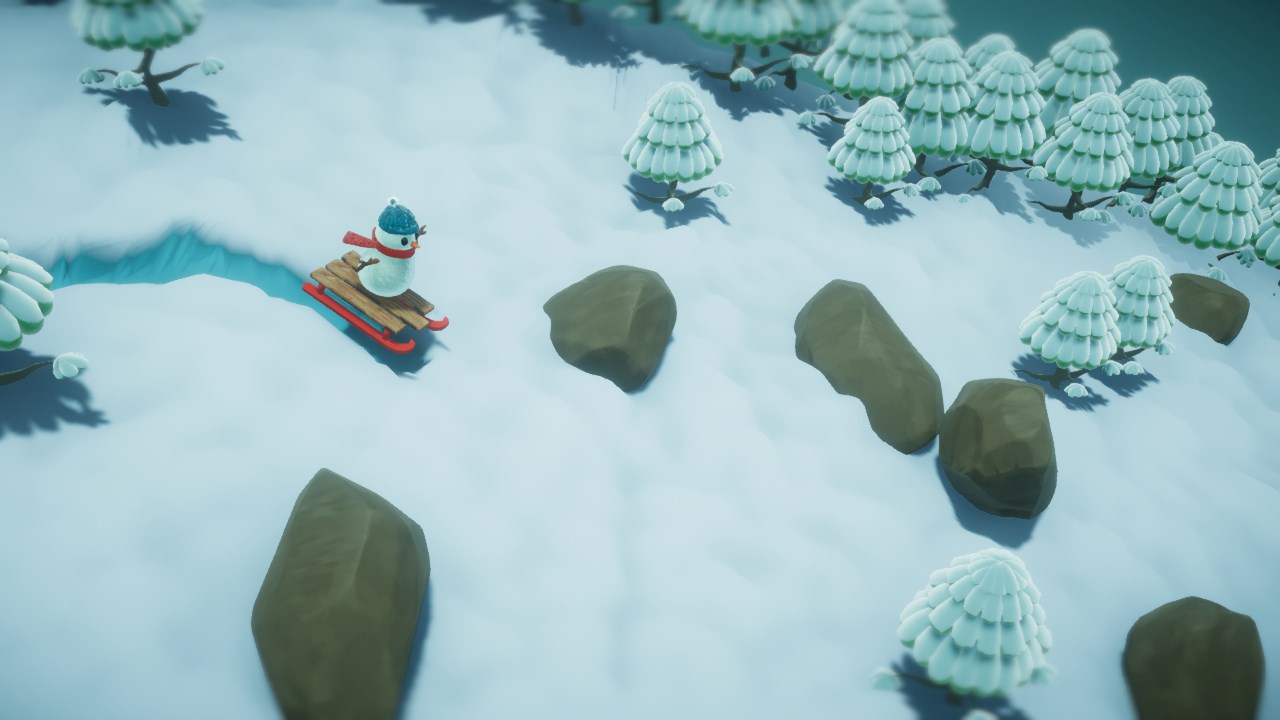 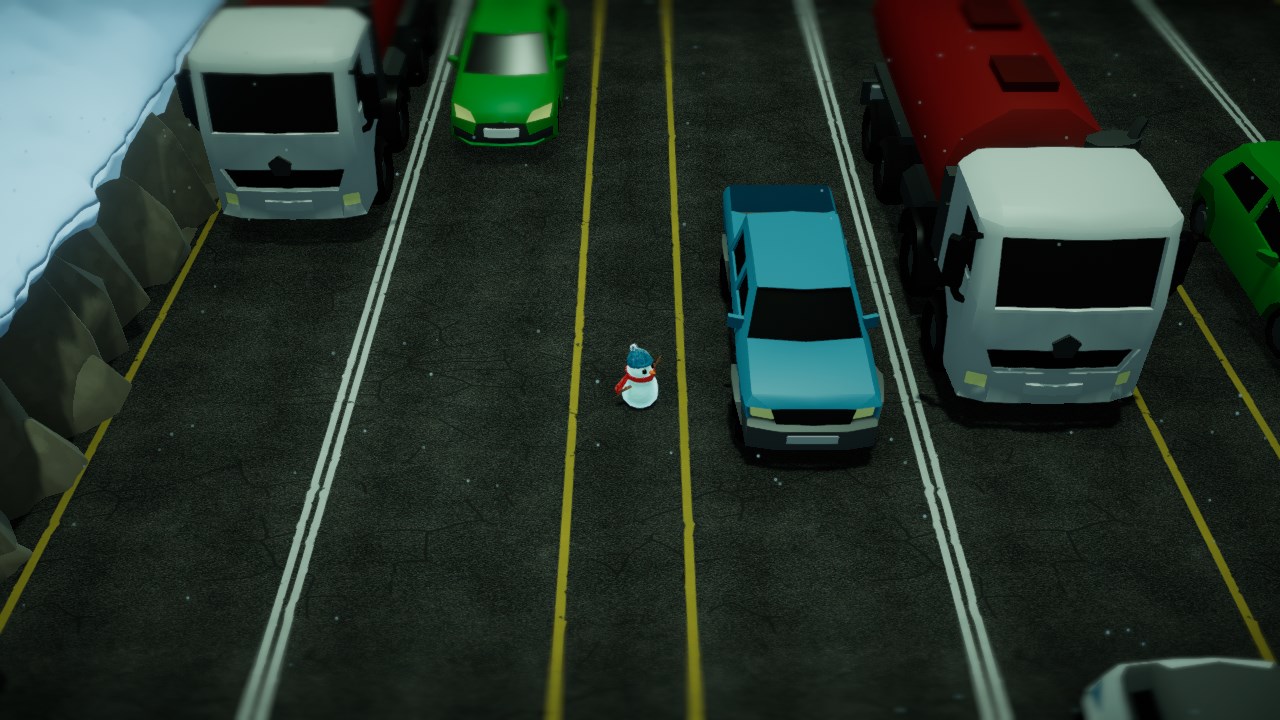 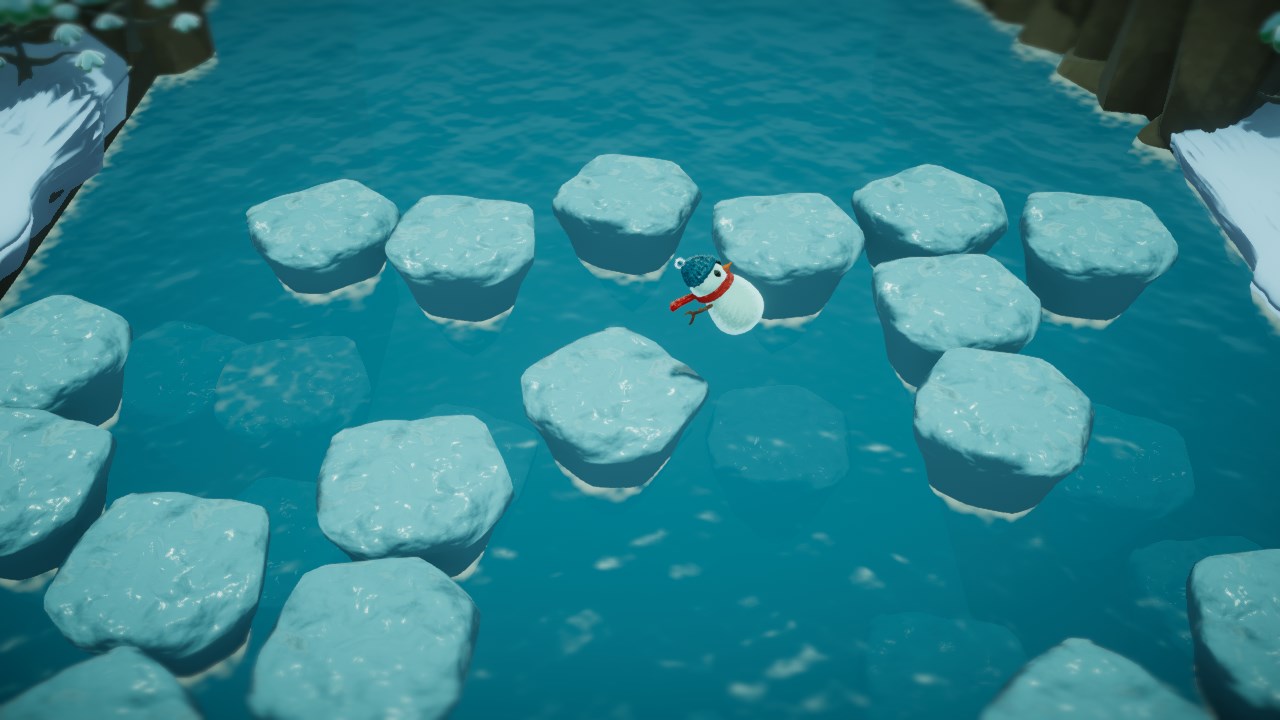 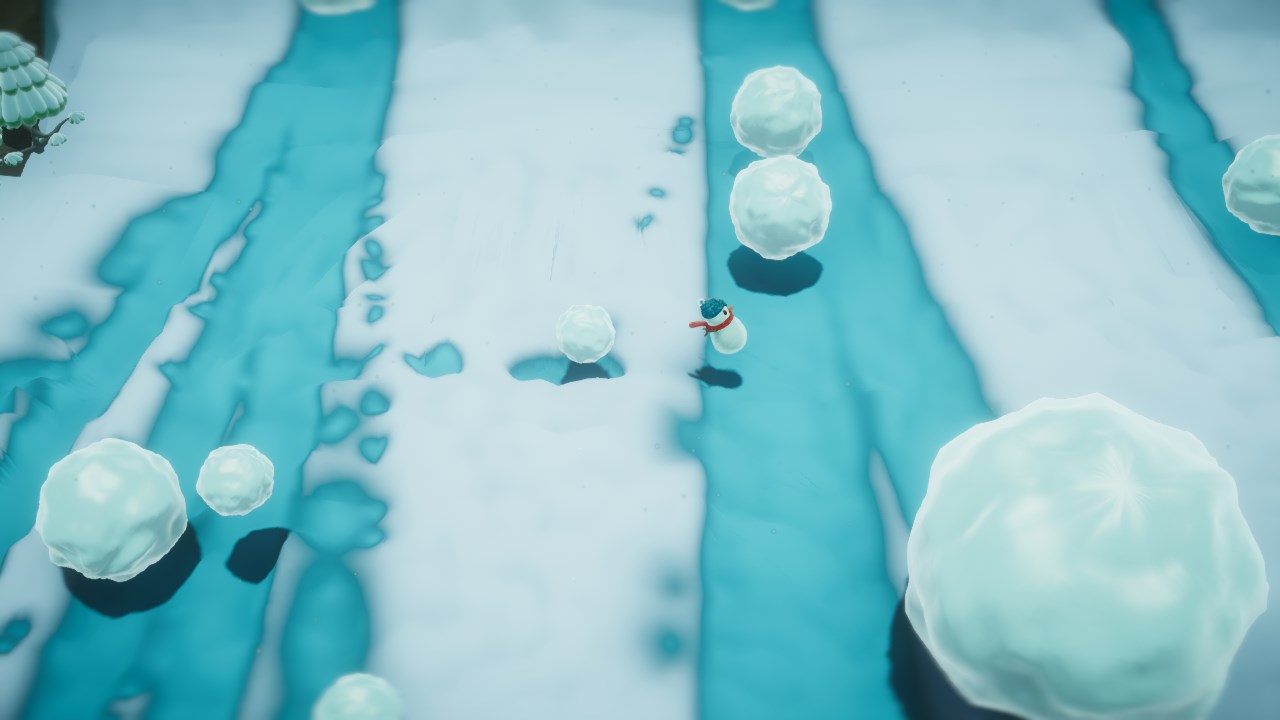 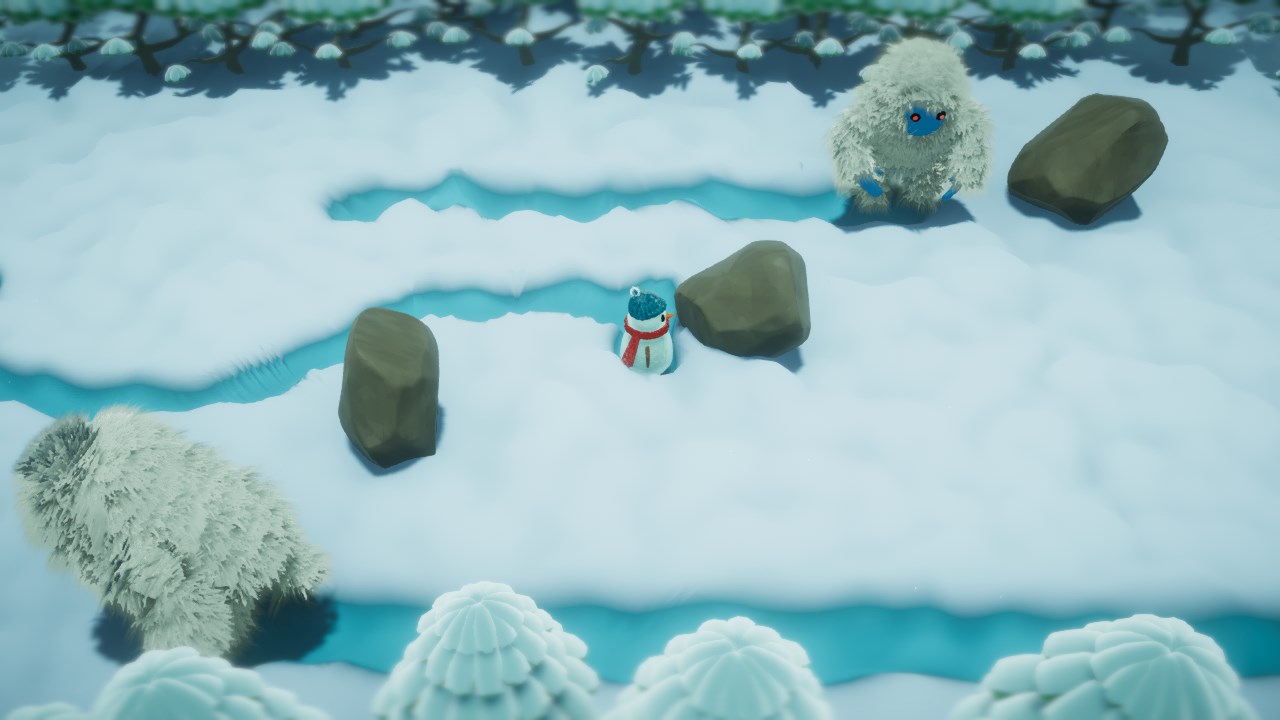 Tell me what you liked or didn't like about the game. Help me be a better game developer! :)

Reply
Backland community · Posted in is this yet another fogotten game?
Bcubedlabs2 years ago

No where in the description does it state that Backland is in early access or incomplete. I did provide updates to bugs and issues with Backland upon initial release and feedback. If your upset that development has stop on Far Blade then please DM your paypal to my twitter https://twitter.com/BcubedLabs  and I will refund you for Far Blade.

Thank you, DM me on twitter and I will send you a free key for Far Blade!

Definitely could be the Catalina release. I don't have a mac to test with. Not sure if mac has a run in older version mode like windows. I can refund you if you want.

Hi, can you walk through the steps your doing to install the app?

Hi, did it not work at all or just didn’t work as you expected? Please give me a chance to help. You can request a refund if it didn’t work for you.Thanks

Message me on twitter and I can get you a key of the game so you can pull all the footage you need.

totally! Go for it! If it works out I’ll put it up on the game page. Message me on Twitter is easiest way to get ahold of me.

Hi, BillyGoat. Thanks for the feedback. The pixelart filter is not a filter in a sense that a filter comes at the cost of CPU and memory. It is a resolution trick. The issue your seeing is that the rain is a particle system and there are a lot of polygons loaded all at once from all the buildings. Unfortunate I cannot adjust the amount of rain particles because that is essentially one of the enemies of the game. I also have the camera draw distance already quite low. I'm afraid it may be too intense for your current hardware.

I have both Stripe and PayPal setup to buy from me. Does the itch payout apply to both stripe and PayPal purchases or will stripe go directly to stripe as they did before I had itch control payouts?

Awesome! I guess I should of made that more apparent but also you can discover for yourself

Reply
Backland community · Posted in I played a game.
Bcubedlabs3 years ago

These are all excellent points. Thank you for taking the time to write this! I will see what I can do.

Just dropped a new build. Added option to invert the camera y axis in the pause menu. Also adjusted the controller sensitivity to hopefully that will make it playable. Hope it works for you now!

Yes please that would be great!

Thank you for the information and timely response.  I would like to request my game for the latest featured game list please?  Do I request it to you or do I need to email someone?

Thanks, a lot of people are asking for this! I will be putting it in soon.

Not trying to sound like a spoiled kid here so if I come across that way sorry and feel free to shoot me down.

Can someone help me get on "Latest Featured Games",  I think it would generate revenue for itchio.

If my game is garbage or bad quality. I understand but it's getting good attention everywhere so some help in understanding would be great!

I apologize for the issue. I will work on adding inverted camera option asap!

That is really weird. I've had issue with that before when the controller connects to the computer with it locking a direction. I just have to re sync and connect it. Not sure why the controls would be inverted are you using any software to configure the controller or just plugged in and tried to play?

Thank you for the purchase! I hope you have fun and glad to provide card purchase :)

Does this meet criteria for new on front page?

Just did some research and Mac Xbox Controller mapping in completely different than Windows :( You would think Unity3d would just translate but oh well. I'll work on mapping everything correctly.

Not sure why its running slow for you... Its a pretty small poly count game.

Thank you for the information. I think I'm going to have to invest is some kinda tool that translates my inputs to Mac. I'm not sure why it would be different on a Mac vs Windows. I'm using a standards button number call out to identify the buttons on the controller.

Does you mouse and keyboard buttons work correctly?

Wow thanks for pointing this out! Never would of thought of this happening. BTW nice monitor :)

No worries. Appreciate the input. I am not instantiating, I have a delay when ever something reaches zero health in the game for impact.

That makes perfect sense, that would be less frustrating.  Great idea thank you void room!

Interesting point. I don't know if block should cancel the attack though because you commit to the attach with out consequence then?

I'm not very well versed in LINUX but this person appear to have the same error and more when googling it.

There were no errors when the build was made so I think one of these should help!