GodAI community · Posted in Ai not ready: client is trying to connect to AI, try again in a few seconds
AWK1 year ago

I made some tweaks to the installer, see if it works out for you now!

In case the installation throws up an error about pytorch and cuda then open godai.yml in a text editor and change line 9 from

I'll work on automating this, thanks for reporting the problem!

I got a crash when hitting a lightning bolt on the glasses guy, here's the error: 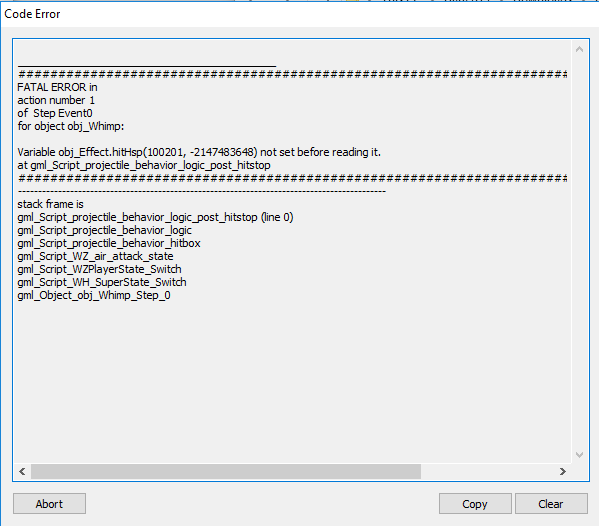 The screen got black at the beginning when I set the game to fullscreen, but it only happened in the video, it was fine for me while playing.

Gameplay video (the crash is at the end):

Greatness awaits this one, my favorite out of DD18.

The hit detection felt a bit wonky though, I'm not sure I wasn't hitting the carps.

I don't know if I missed something, I couldn't find anything to do after the tutorial.

Nice, thanks so much for the video. It's so interesting to see someone else playing the game and trying to figure things out, it's difficult for me to visualize how a puzzle might be solved since I already know the solutions so videos are invaluable for me.

You said you only understood the blue blocks later in the game and your video helped me understand why, you seem to have learned it in level 5 (second in the video) once you were forced to go around the pinned box to place the blue block in the bottom right corner, I think I will be making a simpler version of this level earlier on since it seems to be effective, other people who played the game also seemed to be more comfortable once they played that level.

Again, thanks a lot!

Big improvement to the presentation since I last played but the gameplay feels like a step down, it's just way too easy and I only failed by dying on purpose after doing the same thing over and over with no apparent difficulty curve after the first few waves.

Gearing feels like less of a necessity than before, the kamikaze ships are too slow.

The gears UI indicator is a bit too subtle, I only noticed it after a few minutes playing.

Sorry about the video being short, but I already played it before and I didn't notice any big changes in this version.

Did I break something? The boss didn't spawn.

That boss has way too much HP, I got its pattern mostly figured out but he just won't go down

I didn't notice ships would drop powerups and only realized it when reading the game's description, I assumed the transparent shapes were just part of the background.

I'm getting some serious stuttering while playing as you can see in the video. The blue stripe to the left is just the window's border which I didn't notice, I didn't notice any other technical issues other than the stuttering and the controls overlay not working for some reason.

Works fine for me, generation takes about a second and a half and it stays at 60 FPS.

I can't figure out how to play this at all, the game just stays there in the initial cutscene at the "Life here is peaceful" line, I tried pushing all buttons can't do anything other than opening the options menu, after several minutes it goes to the next line which also stays stuck.

It was hard, I did enjoy it but I usually have a high tolerance for difficulty in general.

Maybe it's too much for the very beginning of the game and I don't like how I was forced to not buy items just to keep my health full, you could try difficulty options or a roguelite system that starts off the game simple and keeps increasing the complexity by introducing new moves, enemies, items and such.

I was mostly just being too conservative, I think it's because I wasn't sure of how much slo-mo I had in the heat of the moment, maybe you put the health and slo-mo meters around the crosshair to make it easier to see.

Another gripe I have with the UI is how the ammo count distracts me when I'm not looking directly at the crosshair, I think it should be another color and not as bright as the crosshair.

The instructions were offscreen so sadly I couldn't figure out how to play exactly, I like the "analog arms" and body parts concepts but the game is goddamn buggy.

Gameplay video (played with a gamepad):