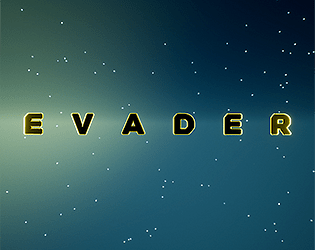 This is really great! It has just the right mix of difficult controls and rapid game loop that means that learning how to play well is something you can really feel happening. Lots of really clever design touches (Like the coloured glow that lets you know exactly which enemy is going to spawn where), and it just looks and sound great!

I wouldn't say it's one of those games that are easy to learn, but hard to master as I'm having a hard time with coordinating my thumbs to do what I want them to do. But the fact that this is so perfect in execution makes me try again and again and again and again and - you guessed it - again. Very addicting, stylish and satisfying!

Tons of fun! The controls are mind-bending at first, but you get used to them quickly. And the aesthetics are top notch! I will be coming back to this even after the jam!

As far as tuning/tweaking: it's very easy to get into a death loop in the tutorial. I died, then the enemies camped on the drop point, so I just kept dying. Other than that, it felt a grating to me that while the circle-me enemies are not just immune to the beam but kill you if you beam them. I think even describing them as "deflecting" the beam would set the expectation better.

Thanks for putting together another fun jam!

Love it (as usual). My scoreboard ranking is humble but I could feel myself improving in a really satisfying way. Great music too.

You are pretty good at this making games thing. Really fun. I'm really bad at it.

Turning down graphics options and increasing the framerate actually made the game more difficult. :D

With such a slick presentation and fast pace(being able to jump back into the game immediately is especially good) this game has a lot of potential for being addictive.

Submitted
Prepare for the Jelly
LikeReply
Spencer Winson4 years ago

Stylish as always, I'm pretty bad which feels embarrassing given i also have made a two stick controlled game.

I just played this for... who knows how long! For a brief moment, I was #1 in the world, but was quickly unseated and haven't yet gotten back on top. This is highly addictive, tons of fun, and an amazing game to come out of a jam!

I have more to say, but I stayed up too late playing EVADER and must now go to sleep.