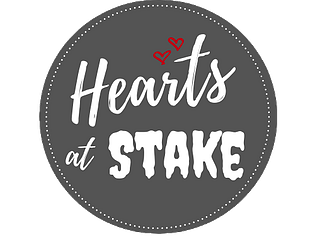 I really liked the concept, but I expected a bit more of the art with such a big team to be honest. The stories are top notch, and there are plenty of them, that's the best part of this game. I encountered a bug though, whenever I had selected a couple it would not let me try other ones. Every time I selected new cards the old ones would just be there again. I had to restart it to reset that. :(

Hilarious, light hearted concept that I wish I could have experienced as you intended. Ran into a bug where my first selection of vampires remained the same despite changing cards.

The writing has a nice bite to it and I would've loved to see how each pair played off of each other. It would have helped if there were some more obvious tells in what did and didn't work between each pair, maybe even something as obvious as the text highlighting in Nintendo games (possibly as an optional mode).

The interface has a nice vibe to it, but it doesn't communicate very well what everything does or where it should go. Some distinction between people slots and place slots would have been appreciated.

Overall really dig the concept and would love to play a more polished version. I could totally see myself killing hours to this game on my phone, ala Reigns: Her Majesty.

HELLO FRIENDS! Thank you for playing! We're aware that we've got some pretty rough bugs - we're hoping to get them sorted before too long~

This seems really interesting, but I couldn't really play it. After relaunching the game many times on different resolutions I finally managed to find one where the drag & drop would work, but then the "play" button never did anything.

This is a really interesting idea and I was really looking forward to playing this game. However, unfortunately it seems to be unplayable for me. I initially encountered some memory error when trying to launch the game. I got it to work the second time, but I also encountered the problem where the cards won't stick to their places and I can't hit "play" when I eventually do get them to stick (some cards refused to stick no matter what). I played it in full screen, so that didn't seem to do it for me.

Submitted
Vampire: Who killed me?
LikeReply
outstarSubmitted2 years ago

1. First of all, game is unplayable in non-fullscreen due to drag and drop not working. I figured it's problem with resolution, so fortunately I was able to overcome that one!

2 . Unfortunately, right after that and a successful first encounter, all next encounters - although I tried different combinations - ended up with the same exact couple in same exact place instead. :(

I had the same problem as number two, I had to back out and go back in to try different scenarios.

That aside, cute game! Made me chuckle a few times. I couldn't seem to get a positive ending, buy maybe I'm just a bad matchmaker.

Hi, I've been trying to play the game but somehow the cards will not stick where they should stay when I drop them? Nor I'm able to click on the play button when they eventually do. It might be some sort of bug?