The Closer to Death the Greater your Powers
Submitted by Shot out games (@shotoutgames) — 7 hours, 5 minutes before the deadline
Add to collection 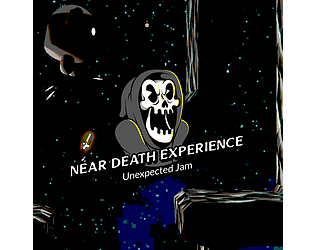 Hey dev , I played your game and really liked the concept that if player have lower health , then it's power will increase. Also the graphics are also awesome. I enjoyed your game

Submitted
The Ballad Of the Liar
LikeReply
MGC_Vlad316 days ago(+1)

Hey. I played your game and included it in a video. If you want to cut your game out of the video, let me know. However, if you like the video, I make similar videos every day. I will be happy if you subscribe. Anyway, I enjoyed playing your game.

Was not able to get past the start button on new game.  Nothing I seemed to press got me any further.

Just checked my end and its fine :(

Sorry for the trouble

Maybe try clicking Delete (if available) then Start. (Probably tried that though)

I tried but nothing was killing the enemies, I coudnt jump so i got stuck and died very quick, I played on keyboard so could be it =P

Submitted
Hand of Pain!
LikeReply
Shot out gamesDeveloper320 days ago

Guess I didn't do a good job communicating the fact that the enemies can't be killed just stunned. This way they stop and stay out of the way while you collect the cubes ...also this is how the player regains health at the expense of power... anyway thanks.

LikeReply
Shot out gamesDeveloper320 days ago

:) Everyone  "Expects" to be able to kill the Enemy. Everyone expects to try to keep full health.

Hey man! I thought your core mechanic was really cool, and I thought the vibe of the game was super sweet. I had a really big problem with the jumping mechanic, like others have said. Was it on a cooldown? Sometimes when I expected jumping to work it didn't, and sometimes when I didn't expect to jump really high I did. The cover art was really cool, and I think that with a little movement polish this game would be amazing. Great job :)

Submitted
What the Duck?
LikeReply
Shot out gamesDeveloper321 days ago

No cool down.. just not responding properly now after slowing down the burst in the jump...in my last playthrough I had to really press down at times to get it to react but then it might jump to high ..the goal is short press for standard jump that is constant no matter your health or  hold down the jump button to increase the jump height with the maximum height jump increasing the lower your health...thanks very much for the feedback!

Great game and a lot of fun. I how ever am not good at it. Great job on it though. Only thing I would suggest is possibly slow down the jump while keeping the distance as it seems to go a little quick but that could just be me not being very good at platforming

LikeReply
Shot out gamesDeveloper321 days ago

It's probably not you :)  . Been spending most of my time trying to learn how to design a proper jump.. with the help of some helpful feedback from tanatb below... Thanks very much for your feedback

I personally think that movement in games is a deceptively difficult task to achieve. There's a lot of work that goes into games like Celeste/Mario to make the platforming & movement feel just right. One quick suggestion would be to increase the amount of jumps you can make to N and divide each jump's height by N to make it feel less disorienting. There's many ways to approach the player's kinematics, one way could be to set an initial velocity the moment the left/right input was made and then ramp up to the max speed. This makes it easier to go from {standing next to a ledge you want to jump to} -> {press jump & left around the same time} -> {make it to the ledge}. Then you can make it such that a running start is required for more advanced jumps.

Then movement gets super complicated when you add more bonuses to make it super accessible yet super fun https://twitter.com/MattThorson/status/1238338574220546049?s=20 (example from devs behind Celeste).

Whenever I shoot my gun the camera shakes a little bit and it  made me feel super disoriented when I tried to shoot while moving. I learned about Cinemachine during this jam and you might want to check it out to make it easy to do cool camera stuff in Unity https://www.youtube.com/watch?v=Ml8ptNeezsU&ab_channel=CodeMonkey.

I think your premise for the balancing power/health is interesting but I couldn't really figure it out. I got to the final boss but couldn't beat the final boss.

Regardless, movement/camera design and combat balance/design are skills that you hone overtime. I really enjoyed the game for what it is and you should be proud for making something real cool within such a short amount of time. Not everything we have in mind turns out the way you want to, but over time you build instincts for what might or might not work. Keep it up!

Good stuff. Yeah the jump is a major challenge. Also add the inability for me to get a consistent frame rate on every device. I wish I could get half the feel of a game like Celeste. Spent a lot of time once breaking down the Source code they released showing exactly how it was done. I hadn't seen the linked example you posted. Great stuff. Actually used Cinemachine but still learning how to tweak things.

The health idea is a concept I am big on but still can't get it designed where it is actually fun.. Right now the most obvious change is that the lower your health the higher you jump (This is another issue as it is hard enough to design Jumping for one or two heights let alone the wide range in this game). So you need to take damage at some point to allow you to get to impossible places. However this puts you at greater risk of dying. The low health also gives you greater Ammo power.. I was hoping to make this more organic and more about abilities. You unlock metroidvania type skills  by gaining experience. Experience would only be gained by taking damage and persisting through it succesfully. So the better you play under the pressure of near death  the more experience you gain.

I would suggest you to experiment with different ways to make the player jump. There are multiple options, such as:

And sometimes your answer is a combination of the above, but experience and knowledge helps you understand exactly what you want. Movement is a pretty complicated topic, but it's something that's been tackled before. I'm sure there are probably talks (maybe GDC talks) that can help make things more clear.

As for the combat system, I would suggest creating the basic representation of your idea first, before trying to tie it into other systems (movement/experience). For instance, you could make it obvious that the player is dealing more damage while near death (shooting a bigger bullet or increasing the rate of fire). At the same time, you slowly build better instincts for how to organize/design your code. Then when you have a prototype up, you'll learn more about what worked and what didn't.  Maybe you might find that you'll need more ways to motivate players to be near death? Maybe the player starts at low health, but gaining health encumbers them greatly? But regardless, if this is your key focus then try to prioritize that first.

Lastly with the camera, I think it was just the screenshake that was getting to me. I think screenshake is okay in moderation, but when it happens every single time you shoot it might be a little too much (walking and shooting made me a little motion sick)

LikeReply
Shot out gamesDeveloper321 days ago

I am just using direct  velocity. I made some adjustments using  some of your feedback and sources. It's completely different. I made the Jump variable and with less force. Funny because most unity games Jumping seem to have floaty issues as a common complaint. I wen to far the other way it seems.  Really appreciate this insane feedback.. Maybe you can give the now updated version a shot. Still has a new set of issues. It's weird it has an unintentional double jump it seems. Anyway thanks regardless. Also I really like all your ideas when it comes to incorporating this mechanic properly. Definitely going to approach it accordingly.

Ah, I wouldn't recommend doing dots for a game jam, unless you reeeeallllyyy want to. Especially since I wouldn't recommend dots for a platformer either. It makes more sense for a game that contains a multitude of characters that are all being updated in similar ways (maybe a group of flocking fish or what not). Dots isn't really designed for controlling specifically one character, so you wouldn't even see any kind of performance boost when there are barely any characters on screen.

LikeReply
Shot out gamesDeveloper318 days ago

Your tight about DOTS but it's all I have been working with the last year. I've gotten used to it. I don't event use it for speed I just like the pattern (some background  in DDO).

Anyway I updated the Jump yet again and I seriously think it's 1000x better :) but I'll settle for better.

If  by chance you get a chance I would love for you to take another look. You're feedback has been incredibly helpful.

The jump is a crime against humanity. Good game though.

The game is nice looking and nice sounding but a bit boring but that Cover ART is AMAZING it is a well put together game but its just not as cool as the cover art. well done though

Submitted
The Boy in the Dark
LikeReply
THE0RSubmitted323 days ago(+1)

I love the graphics and the idea of you becoming stronger the less health you have!

The jumps feel very abrupt though. But otherwise great game!