A sprite recreation of Get Your Own Back
Submitted by Iron-K (@ironironk) — 1 day, 3 hours before the deadline
Add to collection 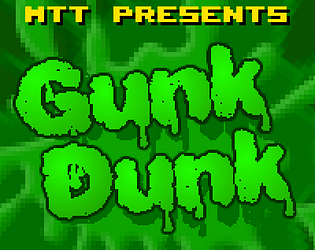 Whales And GamesSubmitted3 years ago(+1)

Well, this is certainly a concept with its own twist. Off all the weird things that come up in my mind, the idea of Sans Undertale hosting his own drop-contestants-on-gunk show is something that I don’t think I would even be able to dream off. But hey, seeing the stuff that people come up during jams is part of their charm.

Now I don’t know if these were actual shows back in the day, but I think the idea of them is pretty original. Forcing you to think of alternative answers to questions with very obvious answers without using the letter that you’re forbidden from using is certainly a challenge, and one that did get me thinking on what I was going to reply.

Unfortunately, I do have to agree with some of previous comments, where I’m kind of sad that you can just put anything in as long as it doesn’t use the letter and it is accepted because answers are not validated. However, at the same time I understand that the challenge is more for the player (especially given the vast array of answers they can give) than a challenge for the player

Commendable effort on all on making all of those pixel art characters and animations though! I’m amazed at the different variety of characters that you were able to get in and how they’re all differently animated. I also really like the option of just getting a random colour for the gunk.

Overall, great job in this game. I’ve seen some comments from you on Discord saying you’ve been given support for it and that makes me really joyful as well. Cheers! 🐳

Thanks so much! There is a trap in there that catches people for just hammering through the answers instead of typing anything real, but I don’t know if anyone’s tripped it yet - maybe I tuned it too lenient :)

Oh, and the concept is straight from Get Your Own Back - a cornerstone of children’s BBC :) https://youtu.be/Ok89nMmKkzo The creativity in making something that’s so hard to do under pressure is something I love :)

Fun game! I found I could just type anything as long as the first letter didn't match, which circumvented the gameplay. The animations were really well done.

Be careful, Sans is watching ;)

Ha, what a fun cast of characters! Finding everyone's favorite fox among the options was a delight.

It ran a bit slowly for me, but overall the concept was pretty cool!