iNTRUDER
Submitted by looneybits (@looneybits) — 12 hours, 7 minutes before the deadline
Add to collection 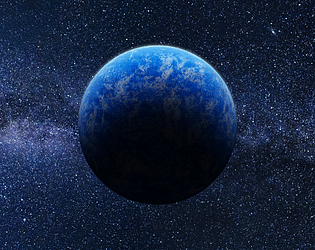 thanks for participating!, don't forget to rate the other games, and nominate your OGA favourite.:)

A really nice game. Maps are fun and show a lot of possibilities. More power-ups, traps and enemies can be set to make the game more challenging. Mechanics are easy to understand and controls can be exported to any device, making the game a great cross-platform candidate. Maybe some social stuff like map creation section and community sharing could add a lot of re-playing. Superb quality. Congrats!

It's a great idea, I've done a map generator tool for programming the game so I can adapt it easly for getting a run-time map editor.
Nice.. thanks a lot!!

LikeReply
with the love studiosSubmitted4 years ago (1 edit) (+1)

Wow!  This one was a surprise for me.  I thought the intro was over long and was kind of fearing the worst by the time it finished.   But once I started in on the game, I had a really great time.  The natural tension of watching helplessly as your well plotted path goes awry is fantastic!    I think you have a real gem on your hands here, one that warrants a bit of polishing.

The music is non-existent and the sounds are sparse to say the least, but that can easily be fixed with a little time spent searching OGA.   I'll add that the repeated clanking of the robot is cute but does wear on the ear after awhile.    Consider only playing it during the 'Run' phase (when the robot is moving), it might actually add to the tension a bit and the silence (or light background music) while you plan your route would be golden ;)
I personally like the simple, clean look of the graphics.  They give the game a nice 'board game' feel that I think suites the game play well.  The gear and the exit sign are perhaps a bit too sparse.   Maybe jazz them up a bit.  Additionally, and maybe this is silly, but it seemed odd to me that the exit sign has a person pictogram on it when you play as a robot.

I already hinted at my thoughts on the intro.  It's well done and does draw you into the game but it also leaves you waiting a lot.  Consider just kicking up the pace on it a bit.

The UI is sharp, the big thing it needs is transitions.  Menus sliding in and out, instead of just popping into place, that sort of thing.  It doesn't have to be slides, fades or any other type of 'appear' and 'disappear' will work.

Some other quick UI notes:

1) the message boxes for failure (Mission Failed and Captured) should have their own 'Reset' or 'Try Again' buttons on them.  It's a little odd to reach down to the existing 'Reset' button to try again.

2) It'd be nice to have a way to clear or undo the last spot you placed in the path.  Maybe if you click on the last square on your path it clears it or something like that.  Just a way to correct a mistake without resetting the entire path.

4) I love the sliding doors.  There's great tension in watching the board slowly reveal itself.   Still like the intro, I think the sequence is over long.  To wit, the doors move way too slow.   You could probably double their speed and still have the sequence work as a great tension builder.   You could add an option to skip the doors opening but after the first few levels the player will /always/ take that option under cutting the door's effectiveness as a pre-level tension builder.   You might try having the doors start slowly and then speed up.   This could keep the 'oh what's this?' feeling as the player gets his/her first peak at the board without getting to the 'ok hurry up and let me play' territory.

Well that's just my two cents for you.   Really liked the game though, you have a great thing going here, I definitely encourage you to keep working at it.

Thanks a lot for your feedback.

I like this one! It's rather fun. Great work over all, kinda wish there was some music, but maybe it's not playing for me if you had some?

Thanks for your comment!
Yes it is,  in cinematics and menu I'm using the joth work take a look here  is amazing, and  inside the levels you are gonna listen only the SFX.

Got it! and the levels was what I was wondering about. Thanks :)

Music added ;)
Thx for your feedback.

Great into! The game play is pretty smooth and the puzzles are fun. If you decide to polish the game later, I would make all of your cinematic and UI transitions faster.

I'll take your advice into consideration for the next version.

I was pretty mutch shocked after the intro cinematics. I like it really, then I got a not totally polished game, with pure icons (settigns cog and exit for eg.). I know, a game is never ever finished, but it was just a sad feeling after the 10/10 quality cinematics.

The gameplay thougt is interesting!

Submitted
The Legend of Sara
LikeReply
looneybitsDeveloper4 years ago (1 edit)

Thanks for your feedback.
I've had no more time but  I'm going to try to improve it with a second version
where I'm going to add traps and  more and better animations.

Hi!
I polished the game little bit.
Check it out.
Thx for your feedback.