Animal control officers are called out to check on a rural farm.
Submitted by Periltek (@periltek) — 15 hours, 24 minutes before the deadline
Add to collection 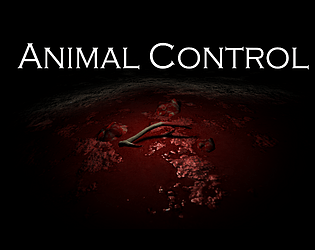 really loved this game. Probably one of the better game jam entries. I really appreciate the atmosphere of this and the thought that went into it.

I do really like the title too. Grabs your attention & really makes you wanna play. Great job guys!

Submitted
The House The Dead Built
LikeReply
PeriltekDeveloper323 days ago

Thanks. It was a lot of fun making it. Except for the crunch we felt on that last day lol. The concept  was modeled around  Wolfe county ky where we live and where Campton is located. We wanted to catch its essence as best we could. Thanks for playing.

The voice acting and the models used for the environment aren't half bad. I think I felt pretty convinced that I was on an actual farm.

I think my biggest problem (other than the controls you fixed before) is that the plot is kind of shallow. It felt like the protagonist was making decisions that didn't really make sense all. Why did he go to the windmill to make a phone call when he could of just used the phone in the house? That's just one example.

I didn't find the secret room. I wasn't sure if I would be able to find it on my own.

Submitted
Take Me to a Better Place...
LikeReply
PeriltekDeveloper328 days ago

I agree the plot was 'meh.' I usually spend more time building one, but in this case it was kinda thrown together. I was creating the level (which took way longer  than I anticipated) and trying to write a story at the same time. The phone in the house was unusable due to all the circuits being busy, and I didn't touch on that as much as I wanted. The funny thing about the windmill, is that I REALLY just wanted the player to climb it, and made it a story point.

Originally, I wanted the game to take place entirely in the van (Similar to Cujo.) This actually proved a lot harder to do, so I came up with the plot the game has now.

This was originally supposed to be a Cujo inspired game? I'm not going to lie, that sounds very interesting! I would have liked to see how that turned out!

Oh yeah, but I couldn't get my First person player to function correctly inside the vehicle. That's half the reason you could only look sideways in the published version.

I really enjoyed the voice acting and the dialog particularly at the intro. The map itself although having a pretty simple layout, have the objectives and points of interest pretty well distributed. The objective tracker was a great quality of life feature even though the character dialog was enough for me to figure out what to do.

I kept expecting to get a gun and start blasting the creatures, maybe because they gave off Dino Crisis vibes to me for whatever reason. Overall a fun, nifty experience! The secret room was a really nice touch as well.

I really wanted to put a gun in, but I didn't know if I'd have time to get it working properly. What's funny is that I'm actually playing the OG Dino Crisis, so subconsciously it must've worked its way into the game. Thanks for playing!

Wow, just all around solid! I assumed that was you two in VO?  Really excellent, great polish! Great shrine too!

Thank you, he put a lot of work in the shrine. And yeah, that was me and the hubby.

That's awesome! The effort there shows,  it's a great,  strong little bunker! The whole farm is just a classic "set", the little areas and details.  And the story, the setup and reveal... Just a brilliant,  tight little experience!

The game looks nice and the voice acting was really good. I couldn't figure out what to do and was trapped by an invisible wall when trying to get back to the house. I figure I was probably missing something. If you could let me know I would love to give this game another try. :-)

Submitted
The Scale Of Transformation
LikeReply
PeriltekDeveloper335 days ago (2 edits)

if you were in the field, there's 4 things you have to discover first. When in doubt follow the fence :) I put out a different game and more or less spoon-fed the player everything they needed to do, and it wasn't received well. I tried to make this one more of an "explore to figure out the mystery," and I don't think it worked out well either. I did add a 'skip intro' button to the pause menu, so you don't have to go through the commentary again.

Cool Cool. I'll give it another go. 😁

I have to admit I was really impressed with the voice acting and attempt at some quality writing. I want to say it's text to speech... am I right?

Unfortunately I didn't beat the game yet because I think the controls for the game are unfinished and at times it can be difficult to figure out what to do. I couldn't access the inventory from my controller, and I couldn't swap to my keyboard at will.

Submitted
Take Me to a Better Place...
LikeReply
PeriltekDeveloper335 days ago

No, that's my husband. The game is made to be played with the mouse and keyboard. Unity Implemented some kind of cross platform input system recently, and it's not great.

Ok so I think I fixed the controller bug. You shouldn't be able to use a controller now, and I added in a few extra objective triggers.

Really interesting game, The voice acting was really cool and you did a great job setting up the atmosphere, I'd say the enemies could do with some tweaking, they kept pushing me around a lot and the scene where you need to get the car keys the trigger was a little bit hard to do, Overall great job and I love the Easter Egg, really nice touch.

it was my first time using this AI for the monsters. I've never done that before.

Pretty cool! Love the voice acting, although it was hard telling Roy and Kevin apart. Could have made either female for easier distinction. Obvious problems: no intro skip - especially since the convo keeps going on and on, no save at end, no mission objective updates to help figure out what to do next, weird inventory interaction, can get stuck in forest between trees.

I would say that the beginning of the game attracted more attention to me, I won't spoil for anyone, but the start of the game is pure gold, it's like a well-made movie. The script and dialogue is hyperrealist.

Gameplay is really simple. I think the engine used in this game is really neat and easy. Although, yes, couple of little tiny sound bugs, but it's all good. Environments are good, character to object interactions are decent and I was really surprised how much interaction is in the game, really makes it entertaining.

Now, I have not talked about the theme or Mr.Kravin aspect of the games in the previous reviews. I played all the games and while all of them were really good, not many had the theme interpreted in a way, which this game does. Plus, that "Mr.Kravin" aspect is so on point, from the start, it's just really well merged with the story.

thank you so much! I plan on fixing some bugs, I really just needed some rest and had to pick a stopping point.

I can't believe we made a game in 15 days! This is the first game jam we've completed. There's a couple of bugs that I know of, but they shouldn't be game-breaking.