My entry for Mini Jam 45
Submitted by PhilippTheProgrammer — 7 hours, 39 minutes before the deadline
Add to collection 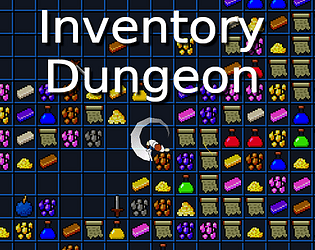 Hey, good work! great take on the theme, funny and with good enemy design. It kept me engaged the whole play through .

Loved the game. Really humorous and uses both the theme and the limitation in a great way.

What a great idea ! Very poetic in a way. The texts are cool too. It's funny to think you have to fight your own weapons. Very nice !

Submitted
Heal Them All !
LikeReply
SominStudiosSubmitted1 year ago(+1)

This was very fun. I think the best part for me was when i faced the wind axe, it just felt really satisfying to kill it ;) I also like how the bombs explode to clear the way, i think that was very creative. It definetely needs music tho! otherwise, Great Job!

Had fun playing it. The blacksmith swords, level was definitely the hardest for me since the swords just kept on killing me.  Really enjoyed every level since it brings a new type of enemy and doesn't get bland(enemies are original and even have a backstory).

From the Title I thought it would be a puzzle game about having to actually organize your stuff like Tetris or something but this works too!

The idea is fantastic! Fits into the theme and limitation delightfully. Movement and combat feels smooth. Is it possible to regain health? Maybe smashing potions?

Submitted
I AM DUNGEON
LikeReply
PhilippTheProgrammerDeveloper1 year ago (2 edits)

I thought about adding some interactions with the environment like that, but in the end I decided against it. Health actually regenerates automatically. But in retrospective I might have made that a bit too slow. I balanced the health regeneration during a phase when the game had no savepoints and not that many enemies, so it was supposed to keep the player alive throughout the whole game. But then I decided to increase the difficulty by adding more difficult rooms, but avoided frustration by adding a savepoint system. That made the slow health regeneration pretty meaningless.

I like the graphics! Nice bright colours.
Also, interesting that the "enemies" surprised me since they're...