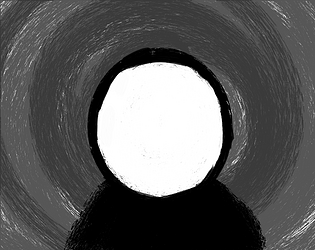 The intro was a little long but well done.  I wish there was a way to just hover when flying.  Overall I think the gold should have been destroyed in less shots and the game probably would have played better if the jetpack only went up, the behavior of the jetpack was just a little annoying.  I felt the shooting worked quite nicely, though.

Thanks for playing ! we really have to work on the game difficulty indeed. we didn't have the time to really polish the intro :/

Very nice game ! I enjoyed the story telling at the beginning, plus the gameplay and the design are very pleasant !
The game is rather hard but that contributes to the beauty of it.

Your team truly did a great job !

thanks a lot for your feedbacks !

I also had the left issue, seems to be something quite wonky going on with the aiming, as it sometimes does not seem to follow my mouse pointer correctly.

Overall, a great production! Good visuals, fitting music, and even a intro! Very Impressive for a short jam. While game-play is personally not my thing, the idea is not bad. You have a step-by-step tutorial (that I feel should be shown ones, not every time I die), a very spacey feel on the jet-pack, and really like the addition to the power of the jet-pack. I do feel however, its almost to hard to control, as mentioned, the game-play did not click for me, so I might just be bad at it, but with the issue i mentioned first, I always felt that I floated quite uncontrollably. It does not make it easier that you have shooting enemies and that crashing means instant death (something I would not mind if the controls where a bit tighter). It sadly creates a rather frustrating game-feel. Might need to be tweaked, but its highly subjective.

Something that I do feel needs improvement is the intro, while awesome that you have one and gives some nice context, It feel very drawn-out... Every frame really outstayed its welcome. I think being able to skip too the next frame would be a very nice edition, if only for not having to see it all again if you replay the game.

A very great production, if a bit to difficult for me. Cheers!

thanos a lot for your detailed feedbacks ! The difficulty of the game is clearly a problem... we will fix it after the jam. The intro was indeed a bit long and we didn't have time to improve it. Thanks for playing

I loved the introduction and the ambient, plus the fact that you included the tutorial controls directly in-game.

But holy h*ck that was hard! i never got even close to getting those 1.000 moneys

Thanks a lot for playing ! We are glad you liked our game