My entry for the GDU Jim Jam#1
Submitted by Jim (@jimmcmillan_dev) — 13 hours, 15 minutes before the deadline
Add to collection 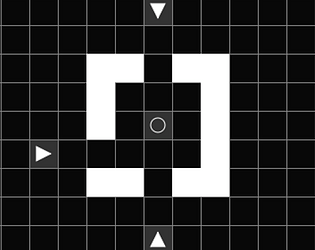 What INSPIRED this game?
Created for the GDU JimJam#1, Doku is inspired by one of my favourite puzzlers 'Sokuban' (or however you spell it). Thanks for playing! You can play directly here...
http://jimsapps.com.au/doku/

List the parts of your game you or your team did NOT make. (Pre-existing assets or downloaded content)
I used the p5.js template. Note, you may have to copy the files from the ZIP file to a folder on a Windows machine.

I have just finished and released  Bangin' Boxes, the game created and inspired by Doku.

I would love to know what you think :)

Very creative, despite being pretty minimalist on graphics and all the other bells and whistles, this still proved to be quite fun. I see in the comments you plan on expanding on it, I'm definitely anxious to see where you take this game!

Loved the concept, would like to see you expand on it! It's simple, and maybe the collisions could be better at times ( I could see some boxes passing through each other) but I think it's pretty well polished for 48 hours. Some colored blocks would also add a whole new dimensions (e.g. faster blocks, direction changing ones etc), to add some variation to the puzzles. Good job on finishing and good luck in the future!

This is actually really fun puzzle in very creative way. Make it for mobile, please.

Working on it MintyArcade. Thanks for playing!

The idea is very good. I think you can improve the game later on. It will be good to play on mobile platforms (touch screen devices).

it is a fun concept that can be expended later on. I like puzzels that are problem solving. but keep in mind that the levels can become hard after a while. still i solve like 4-5 of them.

The core concept is actually quite good. To be honest, it reminds me of other games more than Sudoku, but it's good. The problem I have is that I just don't like how it quickly becomes a game about timing. It becomes a real time interactive thing, like an action game, but in doing so, it stops competing against simple puzzle games and starts competing with really smooth action games like asteroids, against which it doesn't compare as favorably. To be fair, it could have taken a lot more time than was available in the jam to implement smoother action, but I can't help but feel it's lacking.  The first couple of levels largely mitigated this by being about the puzzles themselves.

Submitted
Life is Full of Inspiration
LikeReply
JimDeveloper2 years ago

Thanks for the feedback! For the most part I implemented the mechanics of the game and tried to come up with a few different sort of levels for the puzzle. The timing based ones weren't planned that way. I only managed to get 5 levels out and probably should have re-ordered them before implementing. Thanks for playing!

There seems to be a big skill gap between level 2 and level 3, which completely threw me off.

I agree, it went from being a thinking puzzle to a timing game very suddenly.

Thanks for the feedback! I found coming up with puzzles quite difficult. If only I had more time. Thanks for playing!