Will you choose to follow the path ahead or will you astray from it?
Submitted by Iliad Works — 1 day, 9 hours before the deadline
Add to collection 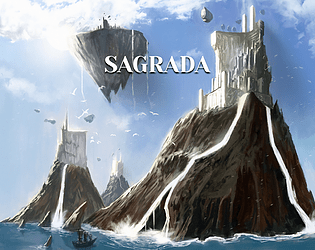 XenoneoSubmitted1 year ago(+1)
I didn't need any follower, just beat all of every believers and was looking forward to beat the god too, but unfortunately there was no.
Submitted
2 Worlds Onside
LikeReply
Iliad WorksDeveloper1 year ago (1 edit) (+1)

Thank you for playing, Xenoneo!

Unfortunately, there was no time to implement the final battle against "God" in a satisfying way. What we focused on this first build was the events that took place in the mortal world so to speak. Saving the four nations should offer you the most content as of now. Should you begin a New World you will retain all your stats and armor from your previous play-through so feel free to make the most out of it :P

I hope you enjoyed it!

Status and armour are to be transferred to new game! Saving the world is not my thing but I'll try it some other time. I had no time too and change my god into a good thing to avoid the battles.

I've been looking through your credits and trying to find the minimap plugin. That is the best one I've seen ever. Did you make that yourself, or is that how the original looks? Where could I find it for my game?

It's one of Mokusei Penguin's awesome plugins. You can find it on his site (japanese) by MPP_MiniMap.js ;)

Thank you so much! This is exactly what I've been looking for at least a year! Now I just need to just translate the parameters. Thank you, again!

This is a real fine use of the RTP right here.
The custom art in the intro was nicely done, overall the presentation is great!

I didn't get far, but I like the concept of this game, it's cool.
The bosses were a little too hard. Once you start a battle you're locked into it,
making the autosave system a double-edged sword. It's impossible to lose progress,
but you have to restart the game if you're stuck and want to check out the other bosses.
I beat the water boss but gave up on the fire boss because my tactics weren't enough.
The comment below mine basically has everything covered!

So yeah, my main advice is to tailor the difficulty toward strategy rather than
the enemy healing so much. Unless I missed something, I feel like attacks
chose their targets randomly, so a way to select individual units would probably
help considerably.

Thanks for playing, Roden!

Yes, the difficulty is something we'll have to adjust a bit (particularly the Ignis and Terra bosses). I don't know if you noticed but for focusing single target, you have to use the skill Foresight which is the key to victory over those fights :)

Oh, I was wondering what that does!
I assumed it nullified the enemy's special attack, which is partially why I had a hard time with Ignis.

I have to say, I genuinely had a very good time playing this game. It was an interesting use of the RTP, to the point where I didn't really feel like I was playing a game in RPG maker.

Overall this is a solid entry and I honestly would love to see this game expanded on, I think it has a ton of potential. Awesome job!

Extremely well done. Considering that the game is almost entirely crafted from the RTP,  it was a surprise to find that you almost forget about that, losing yourself to the fun of the mechanics. The battle system was extremely robust, and the clever way the boss fights were crafted really forced you to have to think outside the box and utilize every ability at your disposal in just the right way. Very well executed. The only downside I could see is perhaps the length of time it takes to get to each major milestone of the story, as there is not much to really do aside from hopping from battle to battle. Then again, that is the point of the story arc, so I suppose that is not technically a downside.

The RTP is obviously something that you could consider replacing with more aesthetically pleasing resources, but the game really doesn't need it. The only bug I could find was with the Foresight during the Volcano Lord fight. Even when I only did it once, it still seemed to occasionally hit another enemy target. Not a huge issue though. I only got about two hours in, but it was fun and engaging. All in all, a really solid entry.

Here is a completed Let's Play:

Thank you so much, Gabrelik! It was very entertaining to watch you play! Definitely finish it when you get the chance :P

I really like that you can play it over and over, retaining your abilities and 'cash' to get the different endings.