GameDevNetwork: Gooseberry Jam || THEME: YOU Are The Villain

Submitted by ThatGuyGilby — 59 seconds before the deadline
Add to collection 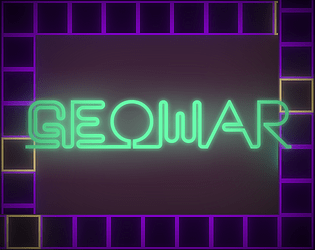 Nice start! I included it in my GameDevNetwork: Gooseberry Jam compilation video series, if you’d like to take a look. :)

Gameplay feels basic although I sense a little bit of binding of isaac here. The theme didn't really come through as well. Still, the bloomy graphics were nice!

Submitted
How To Fly Like A Dragon
LikeReply
ThatGuyGilbyDeveloper3 years ago

Yeah the gameplay isnt anywhere near what I wanted, hopefully next time goes better!

I found the gme just boring. I mean, there isn't really much depth (powerups, hearts etc.), everything is slow and it gets repetitive after a while.

Sorry to hear that! I agree not having those things hurt the game alot, sadly there were alot of holdups in the development so they all ended up unfinished :(

cool foundation for a game here. I never found any power ups or anything, or was able to beat the boss. not sure if there is anything after that?

As said some enemies are on top of you when entering the room, and the same thing happened with the boss.

I think with some more enemy types and some particles on the bullets and stuff when you hit someone, it would add a lot to the game.

I really like how the neon style turned out aswell, I wish I'd had more time to add the things you suggested as they would add alot. I'm going to be taking all the feedback from the jam and releasing a post-jam version with finished mechanics (hopefully) and more enemies and bosses

Making that post-jam version is a good idea, because right now it feels like a crude prototype of something much better it could become. In my opinion this game really needs some kinds of power-ups/upgrades or other clever ways to make you feel like you are progressing. Maybe somehow related to killing the smaller enemies (better upgrades through kill multipliers/drop chances/something else?), because currently there are no incentives to kill them as you can just run past them to the next doorway (those ideas are just off the top of my head).

The overall visuals are really cool, but something needs to be done to the shooting audiovisually. At the current state it just doesn't feel satisfying (imho). You should also consider making the game more fast-paced, because otherwise it can get boring faster due to the lack of content.

Yeah for sure, thankyou for the feedback :D

This won't run on Windows 10, but does on my Window 7 desktop. Nice graphics, slightly obscure gameplay. I'm not quite sure what I'm supposed to be doing in the game ... is it just a maze that I have to get through alive? Do I get weapons at some point to use against the red blocks?

Hey sorry for the long response time, I'll look into the Windows 10 issue but it was working fine on my machine which is running it. I ended up being really pushed for time which ended up with me rushing alot of the aspects, the end goal is just to survive as long as possible. Weapon upgrades were intended but I ran out of time :( Thankyou for playing!

Red blocks often appear right next to you when you enter the room.

This was an issue in the pathing algorithm that I hadn't noticed until last minute, I'm working on a fix currently :)

It runs; I just didn't know how to force it to run when the "Windows protected you from an unknown app" message popped up. I got that figured out later; annoying that it does that and it's not obvious how to make it run regardless.

I'm pretty sure that's your security settings rather than an issue in the game, I'll look into it though

Probably. It only does that for some of the games, though; some it just plays with no problems. Not sure why