Submission for BTP Game Jam #2
Submitted by Redacted — 5 hours, 29 minutes before the deadline
Add to collection 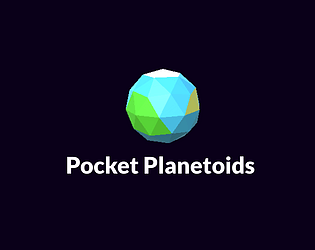 nice game. adding a background image, preferable with 2-3 layers and a bit of parallax with add some depth to this. music was nice, but I can imagine it being anoying after 10-15 min.

Cute little game, but after playing the first level over and over because there are no checkpoints, I just can't play it anymore. I'm really trying to finish all games I play because that's the only way I can give a valid rating. I made it to level 5 or 6. Don't know how many more there are. I would have really liked to play them.

So, here are some points you could improve:

I hope you keep working on it and maybe implement some of my ideas.

I would really appreciate it if you play and rate my game too.

There are some nice features with this game. Falling to the next level feels nice and I liked that the levels all have names. Good job.

Invisible walls, annoying and repetitive music, weird controls and having to restart from scratch each death really hurt the experience. Models are nice though.

It's pretty fun due to the fact that it's hard! The soundtrack was a bit weird to listen to! It basically repeated itself and it's pretty short! I would love to see this game on console with crystal clear graphics and with up to 4 Players!

Please check out my game as well: https://cristihkj.itch.io/life-is-a-wimp

I only have 2 things to say about this game.

1. The soundtrack got irritating very fast, because it just repeats and is so short.

2. The invisible walls at the start of every level really put me off.

Well, the only thing I liked about the game was - the little planet, which takes about 5 mins to create at max.

The soundtrack is repetitive, you cant fall off, you have to start from the beginning every time ... There is not much into the game.

I love the atmosphere and the soundtrack. Espacially the models look fantastic!

Gameplay wise it feels a bit slow and I really dislike those invisible walls. I think it would have been more of a challenge, if those weren't there.

I would be really happy, to hear some feedback on my game aswell.  It's name is SpacePool.