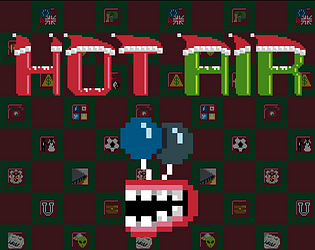 Challenging game,  great concept! I included it in my compilation video of all of the Awful Holiday 2018 games!

(x/post) Fun Balloon Fight-esque game where you dodge spiky controversial topics and collect small talk!  A lot to like about this one!  Good style all-around with its uneasy, pixely graphics and its weighty sound.  Hectic but satisfying arcadey gameplay with a challenge.  Maybe it's not downright hilarious, but it's pretty sharp which is better than most.  I also tried out Endless Mode but it froze after 18 topics.  All in all, a strong contender! 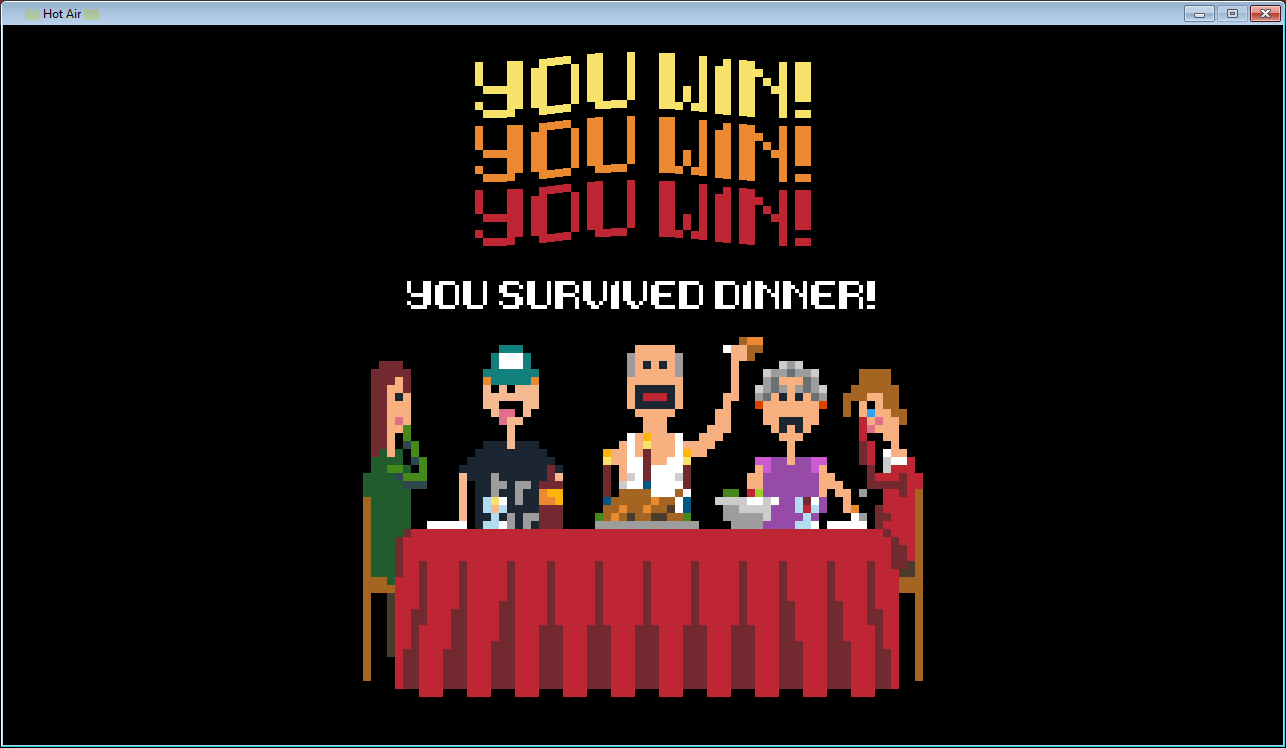 Good graphics, clever writing, My only real issue is the inconsistent difficulty I guess.

Good good stuff. The style is fresh, with double points going to the carpet parallaxing effect and the chattering teeth sound.

My only real complaint is that I didn't get a chance to really look at that conversation text since I was  I was so good at the game.

This is a really tight little package. The game is intuitive and simple but the controls allow for some nuanced movement which feels satisfying, such as controlling a descent through the bubbles while maintaining horizontal velocity. The subject of the game is really nice and fitting, the sound is effective and doesn't wear, even when you're mashing the buttons to float. Very solid. Took two tries to beat it, but I'm glad. It was satisfying.

For a week-long jam game, this was insanely polished from graphics to gameplay and humor to music.

The goal of the game is to guide your floating pair of teeth through a series of obstacles that, when hit, unleash an awkward conversation topic on the screen. Each topic you hit increases your conversation-o-meter™ towards the red. Hit to many and you lose the game.

Aside from the neat graphical touches that include parallax backgrounds, I found the standout of this game to be the movement of your toothsome character.  The flight controls are incredibly tight, and for those having trouble mastering them, the key to movement is to hold a direction and pump Z/X to move swiftly horizontally.

The conversation obstacles that litter the screen can seem daunting, but the hitboxes are cleverly smaller than they actually appear, allowing you to navigate safely even between dangerous diagonal points.

Each level consists of different movement patterns for the conversation obstacles which requires you to slightly switch up strategies as you progress through the main game, although there is also an endless mode that provides an extended challenge as well as a training opportunity for newbies.

The humor of the conversations is woven very well into the gameplay, though a minor gripe I do have is that most players will most likely be too focused on the need for precise movement to notice conversation texts that pop up when you hit an obstacle.

I also want to give a shout out to the music if that was also made specifically for the jam. If not, it was definitely apt at least.

All-in-all, a pretty tight and amazing game regardless of how long it took to make. I'd go as far as betting this will most likely be the Game of the Jam from what I've seen so far.

This is really, really, frustratingly hard, but I like how each shitty relative has their own pattern that you have to fly through.