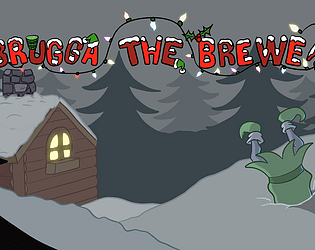 The controls are a huge part of games like these. I got pretty into CSD 1&2 this last year and this taps into a similar frame of mind of not-thinking-while-still-recognizing-required-components-then-hitting-buttons-real-fast-and-accurately. I never lost a life though, which is due to how quick it is to visit the barrels and then land at the bar to toss it back. It also takes a bit of a while to get started, and it maybe could have benefited by making the last wave or two difficult enough to practically force losses of lives but still be just winnable. That might be too much to ask for, especially in the difficulty of gauging that … difficulty for a broad range of people who'll play this game. I thought the voice acting was nicely done, someone was seemingly doing their best Nelson Muntz impression for one line that I couldn't stop hearing. Very solid, nicely polished and responsive.

Nice game! I included it in my compilation video of all of the Awful Holiday 2018 games!

Thank you for taking the time to play all the games!

(x/post) A cute Tapper-like game.  Fun graphics and sound and the overall pacing felt nice to me.  It felt good to get into the rhythm of it without it feeling like it just spiraled into chaos (well, outside of some overlapping graphics maybe).  I don't think the "swap" mechanic quite worked because there didn't seem to be a good period between too slow and too hectic to bother specifically with it (I have a feeling if there was ever a mechanic to require the swap, say by requiring a certain hand for a certain drink/customer, it was iterated out for being unfun).  But I think it felt good for a week jam!  Here's my crummy high score: 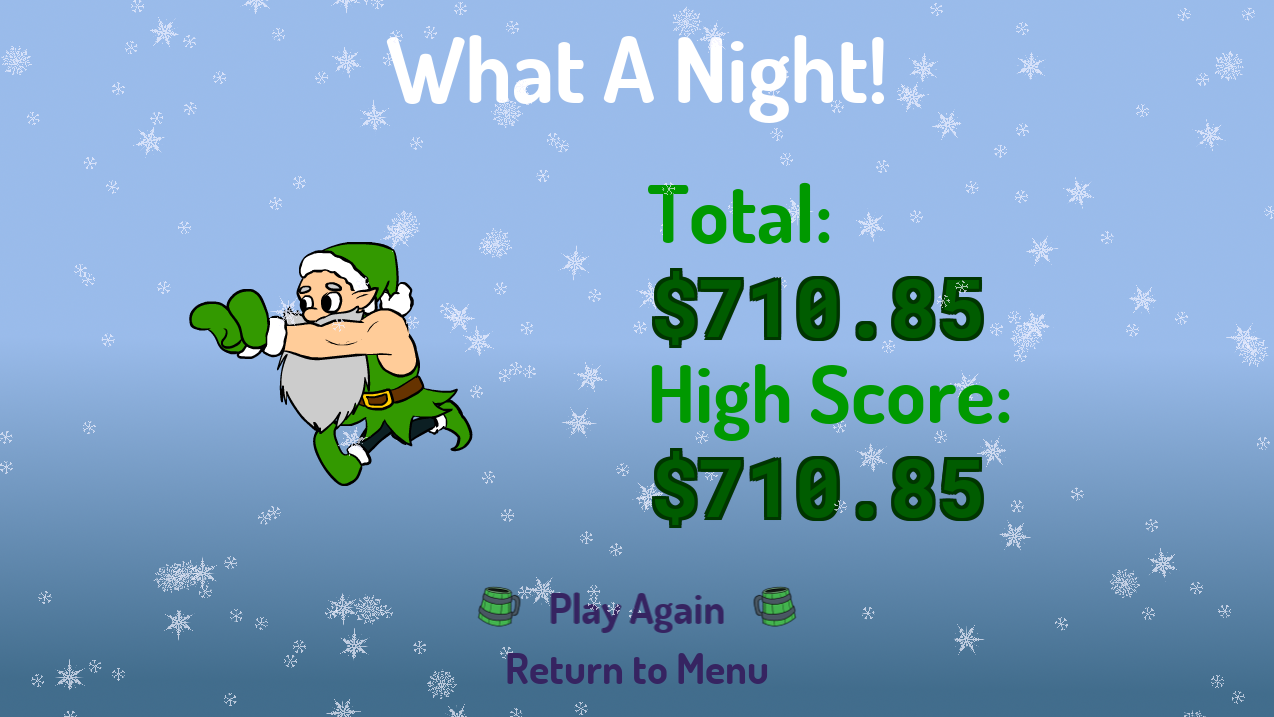 Thank you for reviewing all these games! I really appreciate that you took the time to post this here.

I really enjoyed this game. I thought that it was a simple concept that was executed very well. I loved the art style and the different character voices. I thought that the gameplay was chaotic (in a good way).  It was a big rush from the beginning of the wave til the end of it, and it made you feel good when you finished the wave. The only problems that I saw were that sometimes the customers would block other peoples orders, and I also wish that the game was a bit longer or had an endless mode, but overall a very good game.

I glad you enjoyed it! Thank you for the feedback. The latest version includes Endless Mode!