Share textures that you made that you find neat or are proud of, or just otherwise feel like sharing.

my first texture with this, I thought that what this tool would be good for would be randomly generated organic shapes that need variation in a game. So naturally, I made chunks of flesh! xp Came out well for my first texture. If I did it again now, (only two days later) I could probably make it look better. Though most of the gain over those two days would come from making new nodes.

A strange experiment inspired by the former. Should probably make the grass and beach be thinner.

An accident made while trying to make some weathered stone. Looks underwater-y.

I figured out how to do specularity and made shiny chocolate. Couldn't figure out how to color it though, since multiplying would make the white be brown.

This one is probably the most complicated one I have made. Came out looking very 3d, reminds me of voxel destruction demos. Had to go and lerp the colors together, make sure there wasn't color where there was shadow or light, glad it came out well.

Also made me realize that the lighting node changes contrast based on tile size.

It's strange that I'm this proud of stuff I've accomplished after only a couple days O.o

Was playing a game of pulling out random nodes and trying to put them together, came up with this. Probably will be my new avatar.

I managed to color a thing that went through the lighting node with the white part staying white! yay!

Now to figure out how to combine this with the specularity to redo the chocolate.

Good job. One thing that bothers me though is the black box behind every node's name. That shouldn't be there.

Which OS and version are you on? If possible, could you also specify your OpenGL version?

Reply
The Bit Cave6 years ago

Ouch! I didn't notice the difference... I'm on OSX 10.11.5 and the OpenGL version should be 4.1 (Well, that's what OpenGL Extension Viewer is stating).

Reply
The Bit Cave6 years ago 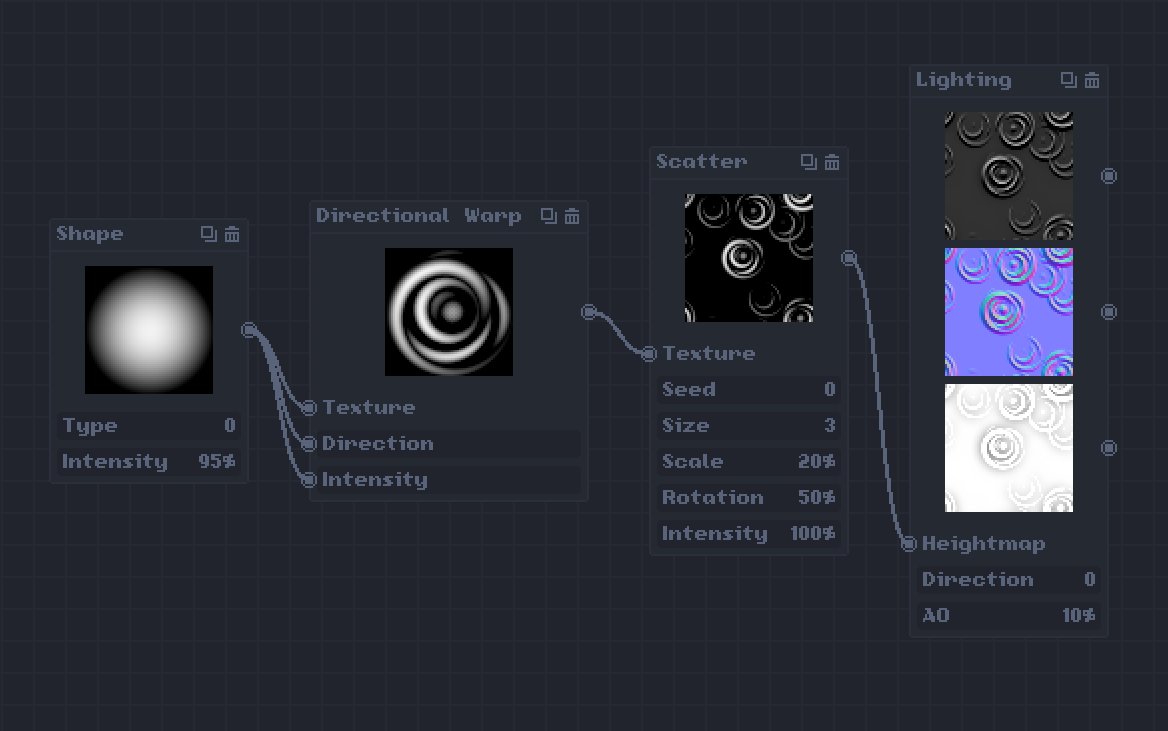 Thought I'd take a swing at this whole procedural thing and got this in 20 minutes from nothing. I really enjoyed it. I was going for something like gold ore.

Not sure how to take a better picture of it yet though :P

Most complex one I've made so far, unfortunatley there is no zoom out :( Probably a lot of unnecessary nodes, but also very versatile

oh no he died

Im happy to say I was able to recreate your texture based on your screenshots, even though I don't have some of the nodes you used. Simply fantastic and very versatile, really enjoy that. 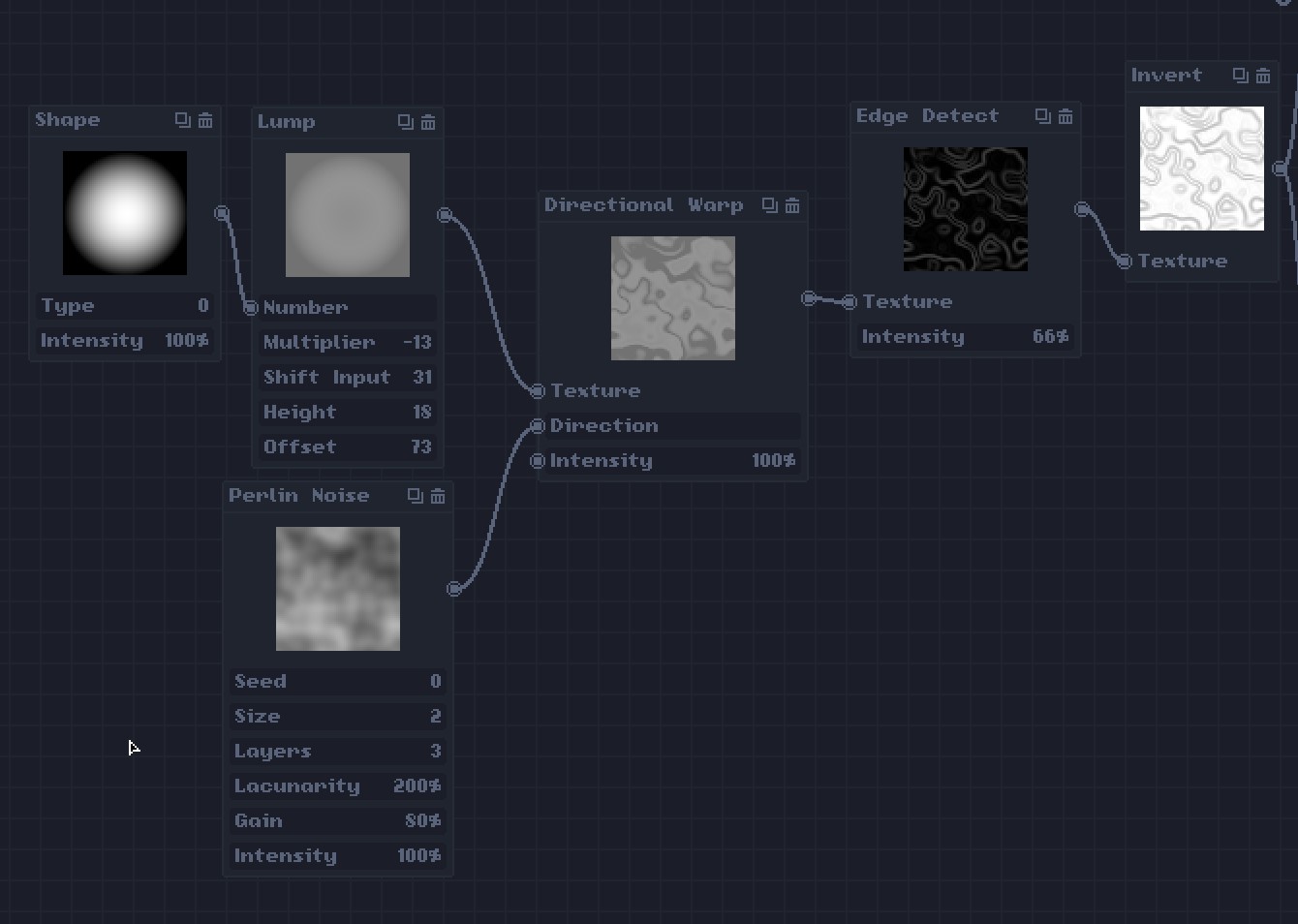 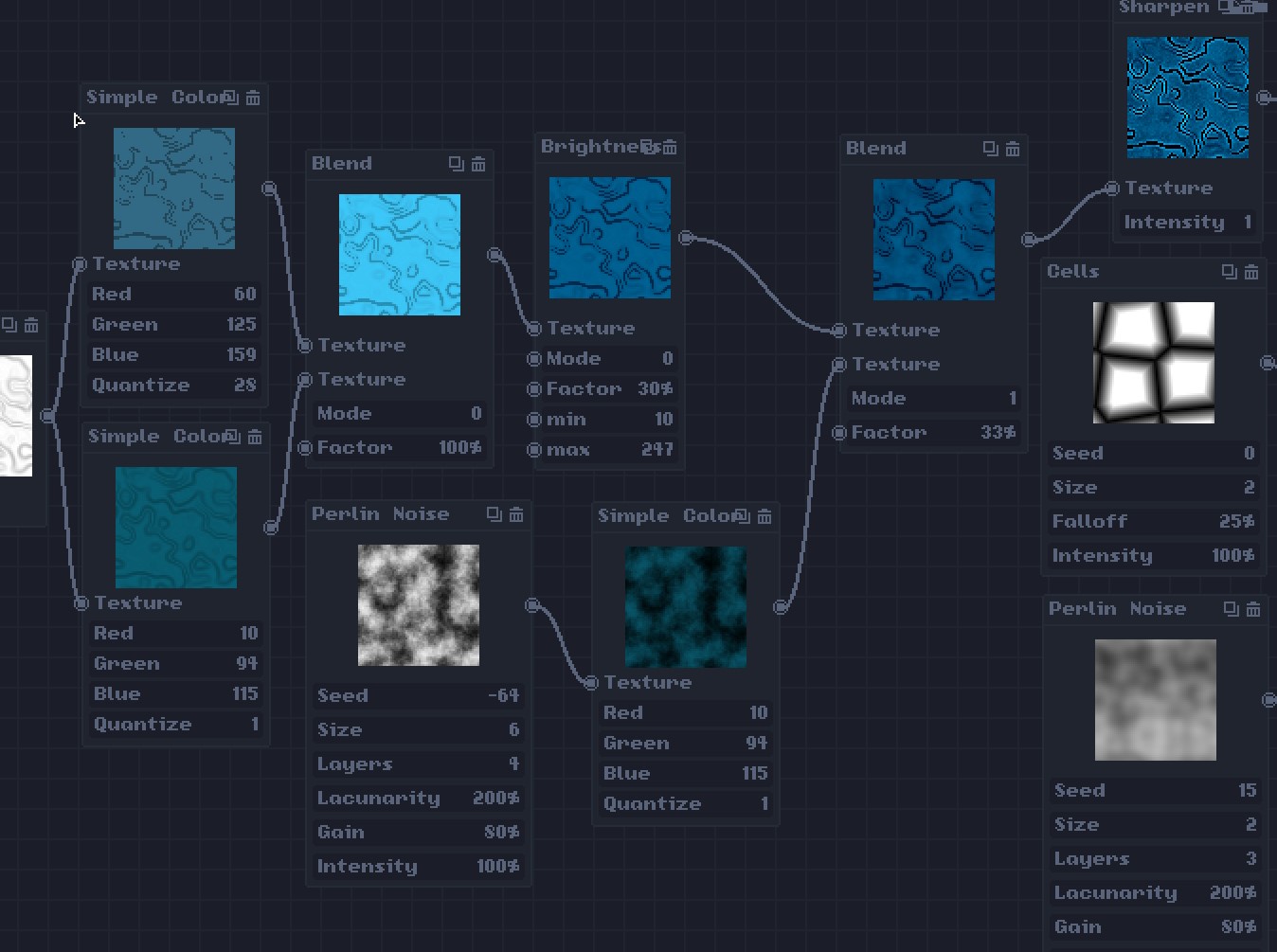 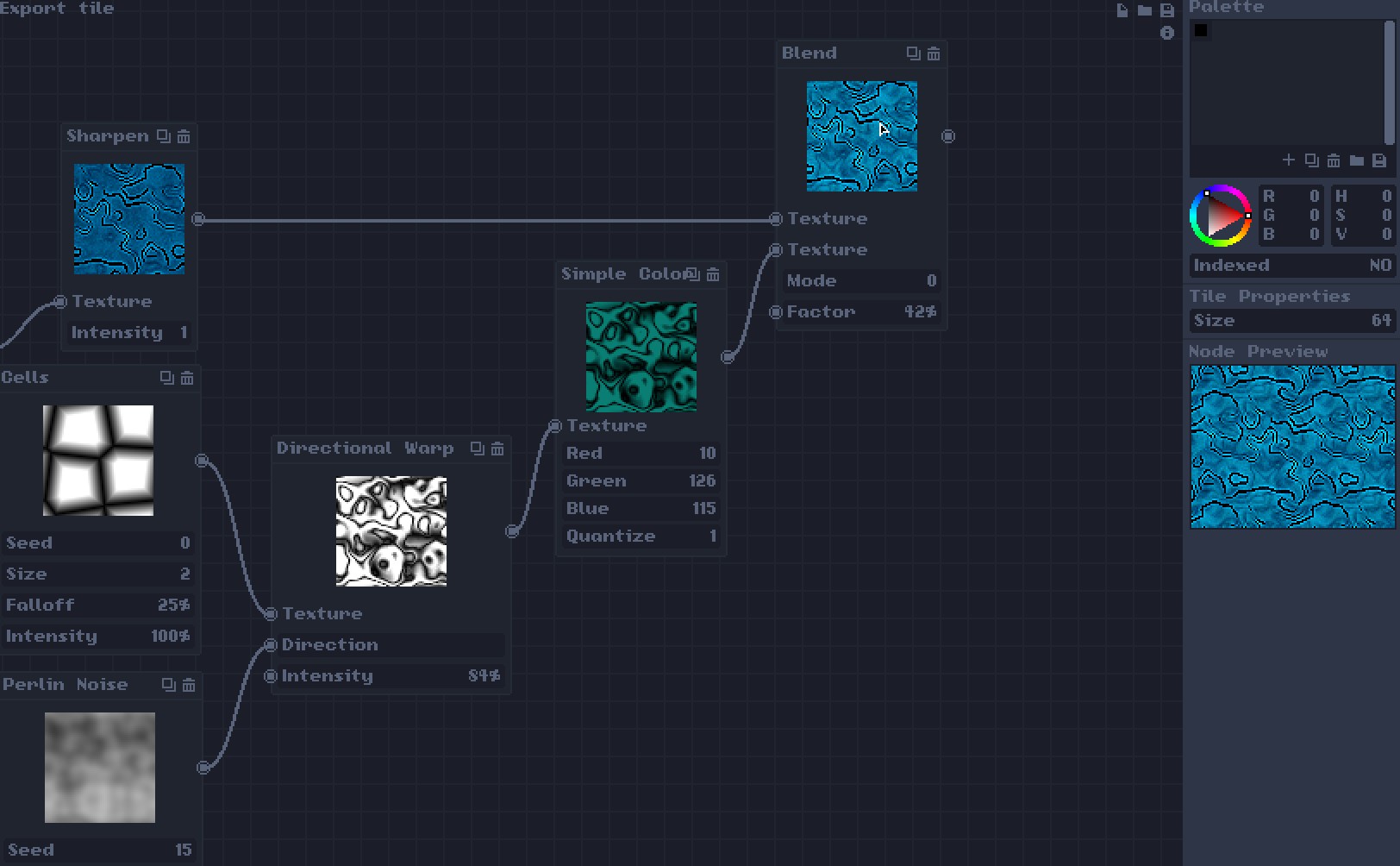 This is crazy, possibly the best application I've tried using recently. Thank you very much for all the hours I've spent playing in Tilemancer! :D

Here's the stuff I was making, I'm a bit overwhelmed with possibilities.

Firstly, Tilemancer is incredible i really love it
Secondly, a mockup made from Tilemancer's tiles: