Really Loved the idea, really fun to play and make the levels

This game's only problem is that it ends a bit too soon.

it's really good fun and i love it

Reply
Tilemancer community · Posted in Share textures you made!
Ningow23 days ago (1 edit)

Firstly, Tilemancer is incredible i really love it
Secondly, a mockup made from Tilemancer's tiles:

Reply
Tilemancer community · Posted in Post your nodes below!
Ningow23 days ago

still a long way to go, but here's the first step

Reply
Tilemancer community · Posted in Post your nodes below!
Ningow23 days ago (3 edits)

Probably noone will see this, but here's a MEGAPACK of nodes i did since last year (kinda forgotten to post here really) 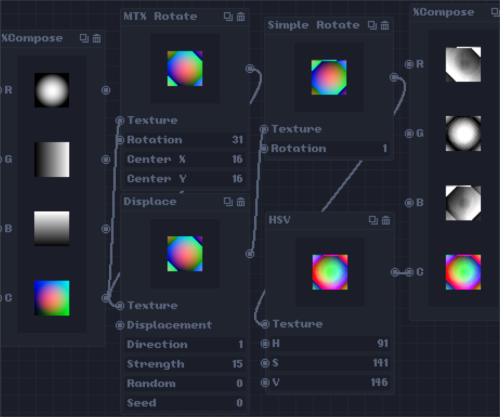 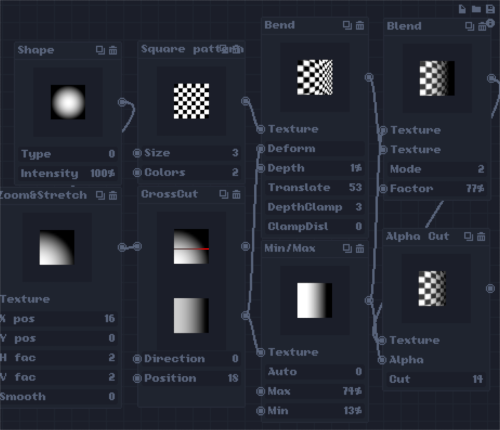 Hsv is one node that i really wanted but had no idea on how to do, ended up learning a LOT with it.
It's Simple. It's Useful. It's HSV 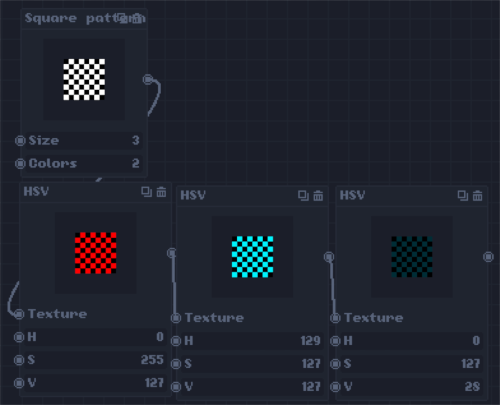 This is one of my proudest nodes due to how slick it looks. it can: A-  Make a Compost image out of given R G B channels. B- Take the R G B channels out of a given image 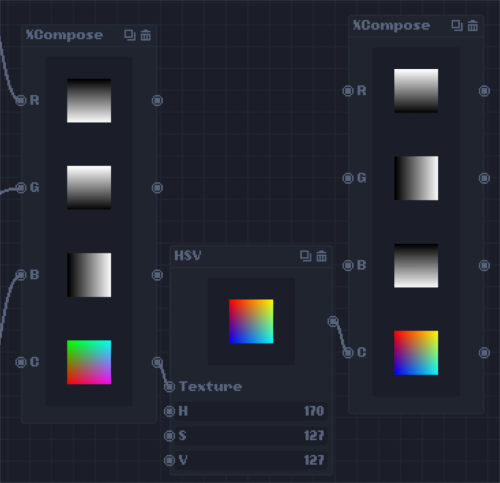 MTX Rotate lets you rotate the image around a point while Simple Rotate rotates in 90º increments.
simple rotate was done really poorly and introduces some artifacts that i have have no idea  on how to fix 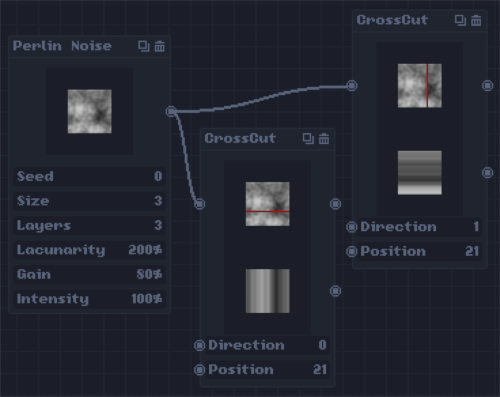 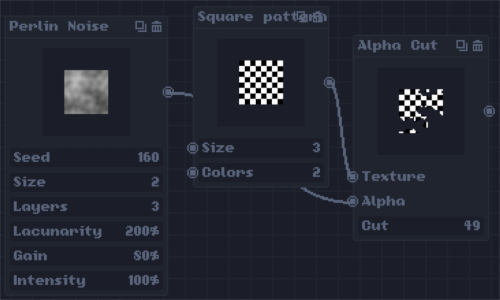 My Best Node to date, it let you "bend your image in the z  axis", it changes the scale of your image with a given texture and depth and clamps it 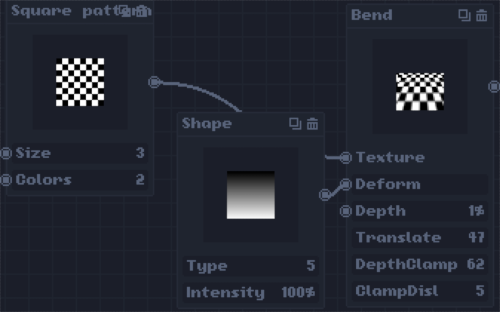 i'm now trying to make a node that get 3 textures and makes a isometric one with... varying amounts of success. But when i get it working i'll post it right away

Thanks! i'm glad you liked it

yea indeed. it started as a try to remake the legend's game but some time after things were becoming pretty different so i just rolled with it (the weird enemies after 5k are also references to other weird/experimental games of the 80's and 90's)

bud, gonna be honest. couldn't think of a clever comeback  on the spot

But i'm glad to see you tought my game was dope

Amazing artwork and nice premise. i'm really bad at the game tho

This is AMAZING. really simple but fun premise and wonderful effects and art

Really charming aesthetic but actually quite hard, i really liked it

my highest score was 320

Really good, the game is very relaxing, loved the style and the music too

This game is ridiculous fun.  i Loved it

i'd kill for a multiplayer version of this

Reply
Tilemancer community · Posted in Post your nodes below!
Ningow214 days ago

new to LUA but i made some things: 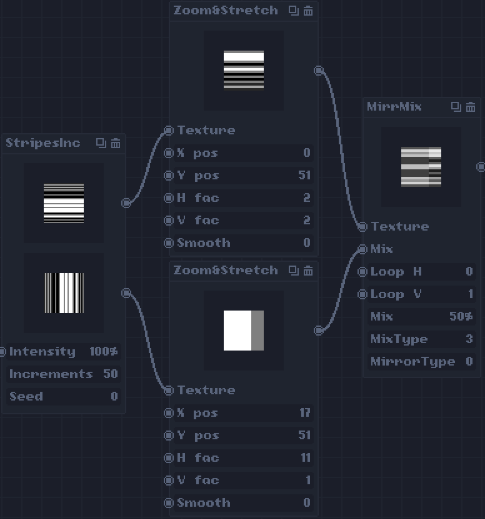 MirrMix - (my personal favourite) it blends the texture with its mirrowed image, very useful to loop images 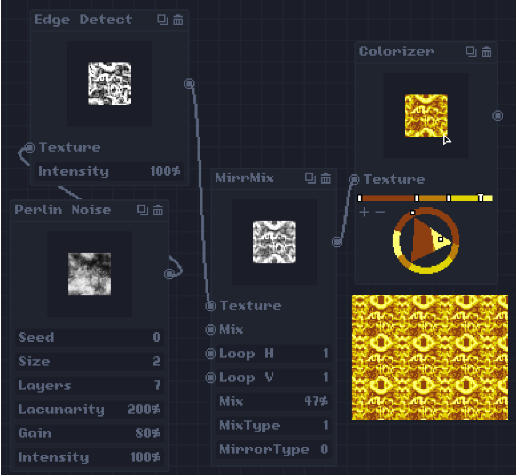 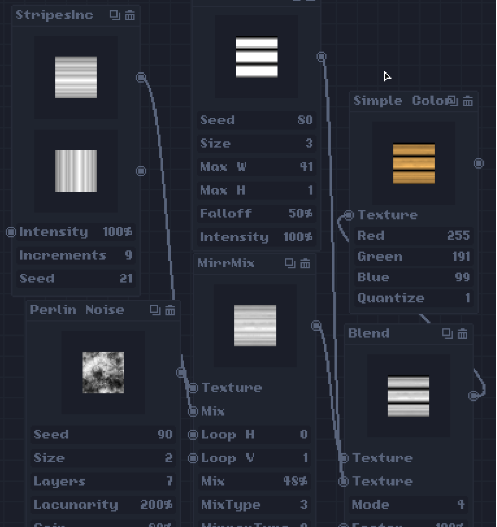 Zoom&Stretch - Zooms and Stretch the texture 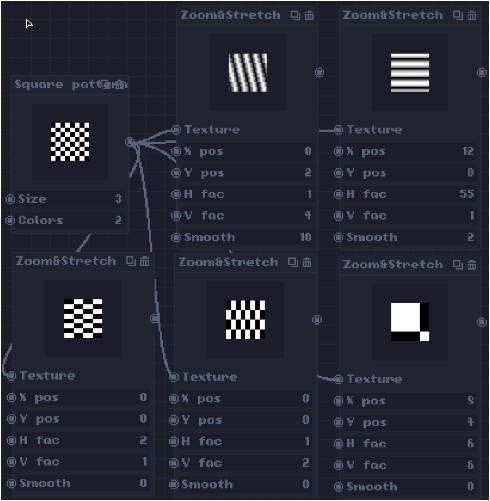