Siri's Memory Flasher
Tit for memory, test your memory skills!
Whitewatt
Puzzle
Kitsune no Kenshi 2
Hack and slash with friends
Arekku
Action
Foxes and Cows
Guess the secret code, with a twist
Arekku
Puzzle
I JUST WANNA BE A NEET!!!
Run everyone who is trying to pressure you into stopping being a NEET!
Whitewatt
Puzzle
Kitsune no Kenshi
Defend the school from the Monsters of Darkness!
Arekku
Action
UE4 Smol Character
Modified Character to float less above the ground
Arekku
Privilege'o'Matic
Are you privileged? Or a special snowflake?
Whitewatt
Clawdia the Cat Burglar
In Cat Burglar you follow the adventures of a cat in her conquest for riches. ~Totoroo
Arekku
Platformer
Hash Easy
Hash Strings into MD5 and SHA1 inside blueprints!
Whitewatt
Denpa Star: Light Speed!
Travel at light speed through the cosmos!
Whitewatt
Racing
Denpa Star!
Travel the cosmos as a lost star!
Whitewatt
Shooter
Openbound Online
Openbound Online is a small Homestuck fangame. Roleplay or fill the entire place with perfectly generic cubes. Why not?
Whitewatt
Role Playing

HashEasy is a plugin for Unreal Engine 4 that allows you to hash strings into MD5 or SHA1 within blueprints. 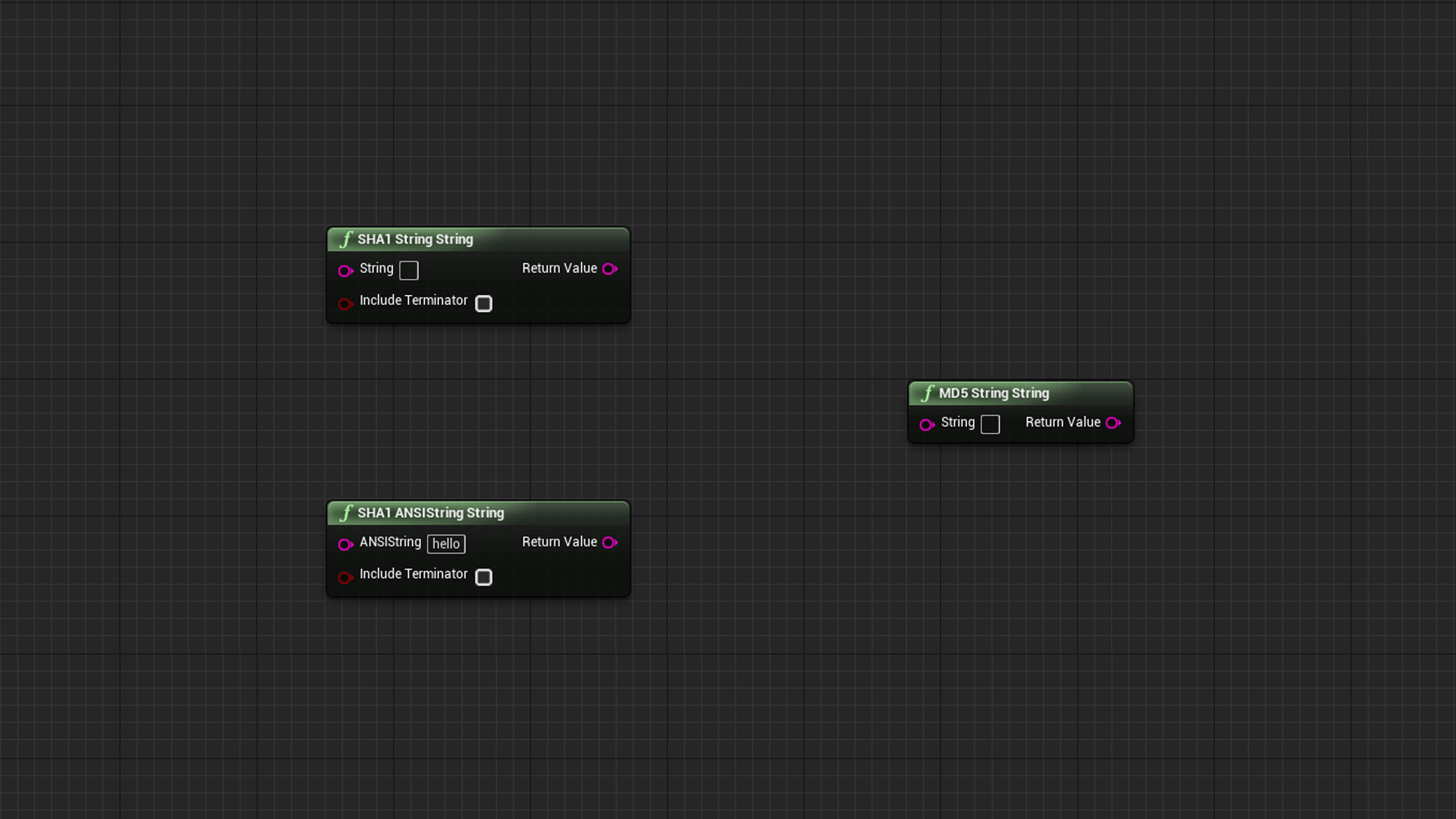 If possible at all, I'd like to request the chance for a sliding, double jump (with jetpack perhaps?), death animation and a wall attached for the hero character :D

These look amazing! Are you planning to make more packs like these, interiors and forest and whatnot?

"I am currently working on his animations and hopefully will release him soon!"

How are those animations coming along :P ?

this game is, yes

Oh! I wasn't aware the wolf actually came with the animations. Looking forward to seeing it finished!

This sounds great. Are you making the animations yourself (attack, sit, etc)?

Thank you for your support! Those are great suggestions, I'll add them to our roadmap! Also, if you want earlier pics of the occasional updates, join Homestuck Hangout on discord, we have our little corner there :) https://discord.gg/kvGkmq4

Thank you for the kind words! I'll make an update before the next weekend with more sprites and stuff :)

It is kind of odd, all the tiles like that one seem to be passable, I would suggest making an event that makes character go through, and then outline the path to the treasure with events on the same plane as the player.

After applying the patch, grabbing a stick for example, makes the sprite disappear; after it's thrown it appears again.

Also, this tile is passable, is that intended?
https://i.imgur.com/FweeT3d.png

I'm getting an error "Unable to find VL Gothic font"

Now I got an error that an image was missing while in the deep forest when the battle started, after making the bark costume, something Skill 1?

Reply
FlowScape community · Replied to PixelForest in FAQ, Tips and Tricks and Troubleshooting
Whitewatt1 year ago

Thank you for the swift reply.

One more question,  is an external software to record footage needed, or does Flowscape record on it's own?

Hello. Is it possible to export a scenario into Unreal Engine or Unity?

Is it possible to import own models/textures?

If not available, is it planned? If it is, is there a feature roadmap?

It's no worry, it's one of RPG Maker's limits.

I really hope you make a sequel! The art is really nice!

It's awesome that you finished it! I'm playing it right now.

I threw in my old save on this build and was playing happily until I got to the part where Noire tells me we need to travel to Wetwater.

I get teleported to map 15 (Travel) where nothing happens. I'm able to move freely, and Noire has a below character priority.

I decided to look into the map on the editor and see nothing wrong with it, you have an event set to autorun in the upper corner, and Noire's event isn't even set to Below Character. I tried to fix this by stripping the teleport event to just teleporting, setting the autorun to parallel and event touch, and so on, nothing worked.

Finally, I made a copy of map 15 (Travel) which became map 68 (NewTravel) and changed the teleport at Noire from map 15 to map 68. For some reason, it worked, the autorun event actually ran.

Don't really know what might have caused this, could be compatibility with the old save honestly (RPG Maker likes to be incompatible with everything every time anyway) as when I threw in the character on map 15 and started New Game the autorun even did run properly.

Anyway, hope to see a longer sequel on it!

EDIT: Okay, I'm confused now, the old save does not like the new build at all :( I just realised that it repeated the  first arrival to Wetwater camping stuff, and when I actually arrived in Wetwater, the event that happens when I finish saving Noire's sister ran.

Are you okay with Mods?

The store in Wetwater crashes the game as it is unable to find Town4 in the BGM folder, this while on the hole mission.

Also, why not MV instead of VX Ace?

Is this set going to be available for RMMV in the future?