Hello, the game doesn't include the Steam key. Cuz the game not published on it's store and there is no plans to do it in near future.

Hello, no. It includes latest DRM-Free version of the game.

It probably will be a standalone game when it will be ready for release. And will be available on Steam.

The development started in 2012. It was a single-player fan-made mod project for Half-Life 2: Episode Two. During its development the project become the standalone game but currently its in slow-development stage. We had lot of organizing troubles in 2016 & 2019 that currently doesn't allow us to work on the game full-time. But we believe that one day the game will be finished and released.

Is this game about Seven Hour War?

No. This game only about events after the 7hw and before the events of Half-Life Alyx.

Why did you create itchio page?

To allow community to support us by using the donation system and track the progress we have decided to create the itchio game page. Here you could ask us about the game development, track the progress and receive information about new media. We thought to move on Patreon, but currently we are not sure that it's a good idea to do.

When will it be done?

At this time we not ready to announce a release date. Cuz we don't know how long development could take. Fell free to trak our progress on itch.io, indiedb, vk, facebook and youtube.

The DRM-FREE version was just updated. Have fun ;-)

We also support Android version that you could get on Google Play: https://play.google.com/store/apps/details?id=com.RockPathCollective.SnakEscape1

Google Play & DRM-FREE both provides latest game version with all updates that previously were released.

I've just recieved the answer from itch.io support team. They've fixes keys claiming process. Check it now. And let me know if it will not work.

Could you please send the email to support@rockpathcollective.com ? So I will able to send you keys.

I also already created the ticket to itch.io support to figure out if there the problem on our side to prevent the keys claiming issue in future.

Ignore the download button for the Steam key. There should be the request key button. 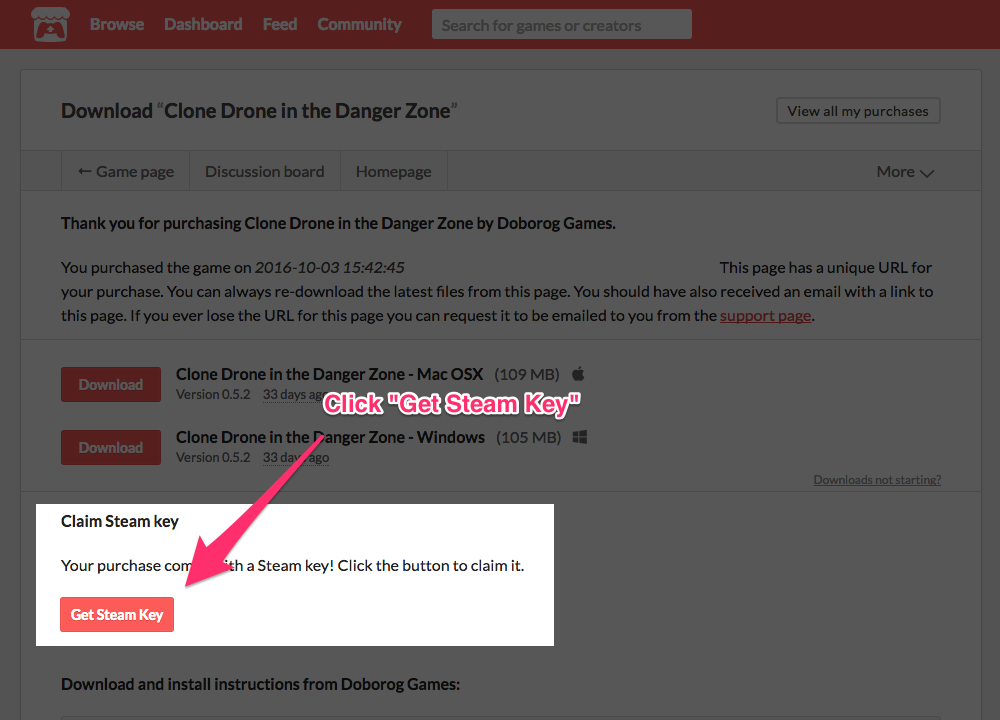 Let me know if you still have problem with it, so we will able to solve it dirrectly by sending you keys to e-mail.

We are happy to announce that our new hardcore platformer game WASDead has been released on itch.io! With buying the game you will reciew the key that will allow you to activate the product on the Steam platform.

WASDead is a hardcore action platformer where you assume control over the character R in his quest to collect MONEY. Why? Because money makes you feel good!

The deep story behind:

You're indie developer that stucked in your undone game. You don't understand why you here... In the digital world. But you trying to find exit and alive. But there is one problem... The exit cost the money.

Based on a the true story of most indie developers on Steam.

Just sent you an e-mail.

Unfortunately we don't support Android version at this time and don't make new builds for it. So that's why it's free. But we plan back to this platform in future.

Game is only reques installed Steam. It's only one DRM tech that we use, because game uses Steam API (achievments, stats, cloud & workshop). You don't need broadband internet connection or something else. :)