Just finished playing. Final score was 12. I really like the concept so far.

I just put out a final or near final update for HiWave. Hi Wave is a twin stick shooter with unique mechanics. It's free and you can try it here:

Also I made this video to advertise it so you can give that a look too:

This is really neat. Looking forward to a full version.

The battle music is great and I love the concept. Could be really neat if you decide to continue.

The models look nice. I wish I could aim while standing still.

Love the art. It's got a cool look.

I'm not sure how to use the spells or what they do. I think with some more instructions and getting the breakout physics right this could be a fun game.

I had editor warnings telling me lighting needs to be rebuilt. Trying going into your lighting settings, set quality to "production", rebuild and reexport.

I played through the demo level and took the survey. I don't want to come off as too negative so first of all, I think this has good ideas for a bullet hell shooter. My main critique is that the rebound system feels like it's punishing me for using it. It's hard to time and all I get for it is flung into more bullets. I don't get invincibility or some kind of power up. I get a score multiplier but a casual player doesn't care about that. Using locks out out of using the dash for a period of time.

Also since you are using Unity and in your credits you don't list this under the packages you are using, have you seen:

Ah it's cool to see a  fellow Unreal developer! The character looks good and is well animated. Platforming works well. I wish I got an indication when I hit a checkpoint since it's not clear when I die where I will restart.

The dice rolling concept for a rougelike is pretty neat. As a 3 day jam game there are good ideas here.

I liked the visuals and music. Getting the people to see you meow was tricky, like it's hard to be seen. Cool game.

I don't understand how to play this. The version on this page just plays the intro and nothing happens. When I load index.html from the download nothing loads.

Very cool. Love the music and aesthetic. The shoot vs kick dynamic is very interesting and kept me approaching situations in different ways. 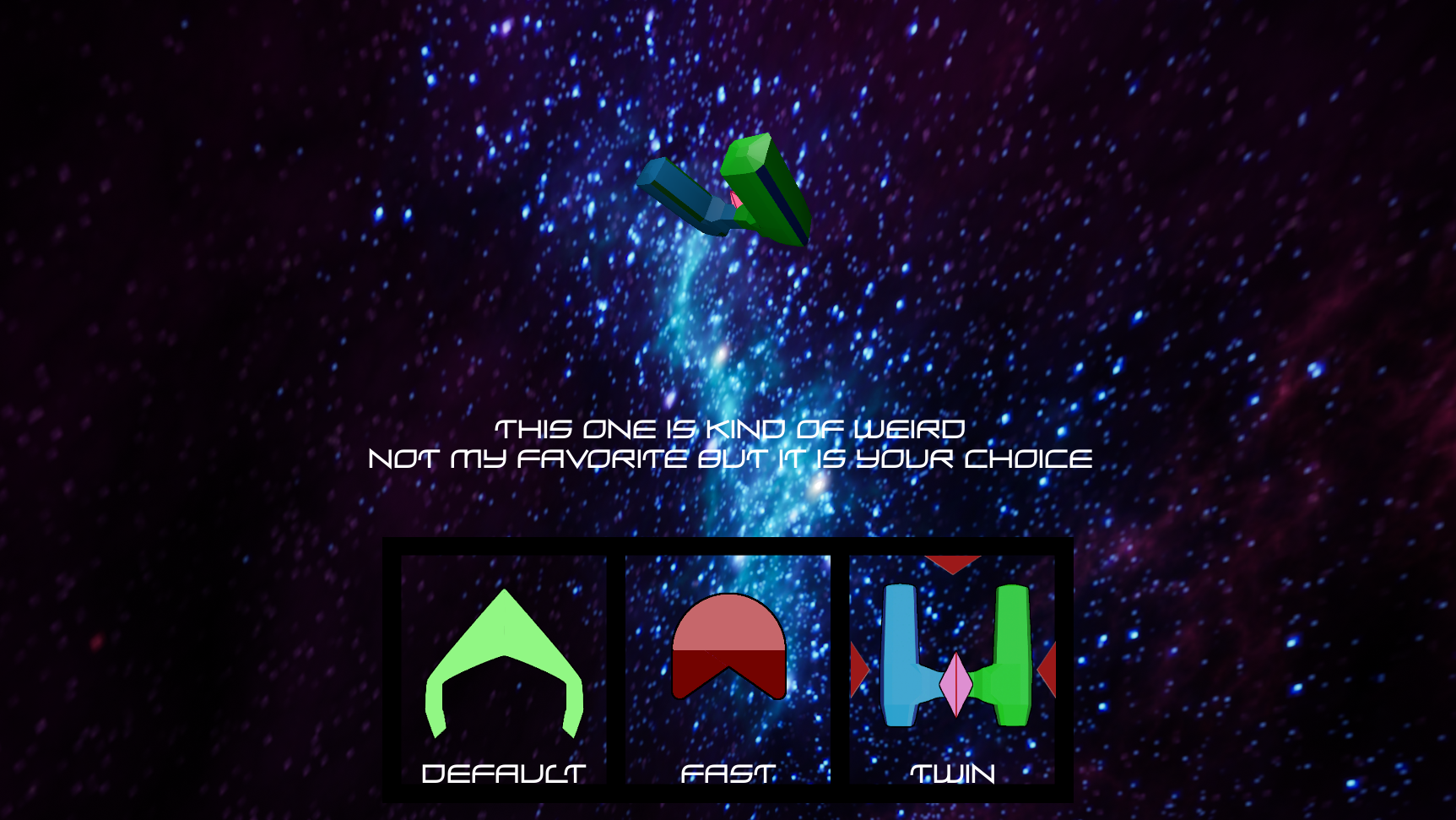 I was entertained. This was fun to playthrough. I did have to retry after dying to Mustachio but worth it.

I would C# before C++. C++ has many complexities that C# deals with for you. I haven't tried it myself but I know Unity bought Bolt which is a visual scripting language that might make the transition from blocks to C# easier for you.

I would suggest actually before you jump into a game engine that uses C#, just learn C# on it's own. Don't focus on games, just learn how to write code first. That will make Unity much easier to learn.

I have been working on a twin stick shooter for several months now and I am at the point where I need feedback on what to improve.

It's a PC game and requires a download but it should be small and you can play a few rounds very quickly. I made a google form to submit feedback and I would really appreciate any input you have.

Give it a whirl
https://rcoriwiththestory.itch.io/nottetris

Hey I am working with an artist friend on an html5 game and we want to try something other than Unity. It's a really simple game with a static background but it's still composed of several different sprites and then there's UI on top of that. The html5 we are using is really just handling rendering, input, and playing some sounds. It has no visual editor. All the background and UI is designed out but I have to somehow place it in the game and I have no editor to do so. Is there some better way that trying to place x and y coordinates by hand by writing them in the code? Seems really inefficient. Is there some other editor I could export layout out from? Like Tiled2D but not for tiles. Could I do it from photoshop(artist uses photoshop) somehow? Thanks.

I really  liked it

I can't run this game. Says something about not having UnityPlayer.dll

I made a shmup and called it JyraWing. There's a shield and your controllers probably work. It's also free. Here's the link

It's got good lighting. Not much lighting but where it is it really hits.

The common one I hear is to get YouTube lets players and Twitch streamers to play your game. Weather they like it or not, it gets attention.

Reply
itch.io Community » General » General Discussion · Created a new topic How do you get playtesters
DoctorDog6 years ago

I am coming to a point in my game where I really want someone to look at what I have and tell me if I have decent core gameplay. It's missing polish in terms of art, that I want to get contractors for, but I don't want to go ahead and do that until I feel like I am working with a solid foundation. Hell, i'd like to know if this works on other people's computers.

I know I can make a restricted release for a game, but should I go about getting playtesters?

I am glad "KOJIMA_GAME" is not related to "WATCH_DOGS". Excellent game

Hi I'm Ryan. I have made a couple of small games in game jams/strange weekends. I have used libGdx, XNA(when it was still alive), GameMaker, Unity, and many others. I am a programmer trying to work on bigger projects then what I have done in the past to have a portfolio of work worth mentioning. I have a degree in computer science and can write code in most popular languages as well as pick up new ones fairly quickly.

Can't draw to save my life though.

Thanks for the feedback. The fullscreen thing is a deliberate decision. I didn't want the game going fullscreen because that would either stretch out sprites or widen the player area and visibility. So if you select fullscreen it shrinks back to a window of the resolution that was chosen.

The half circle powerups let you speed up the ship using the toggle speed button. It would help to have some kind of "How to Play" section in game.

Auto fire never occurred to me but that's a pretty good idea. The player would lose precision but it's something they could use if they wanted as long as the auto fire rate wasn't inhumanly fast or something.

Thinking about getting the bullets to pulse a wider range of colors and faster to make them really stand out better.

Having warnings to indicate when things are coming from different parts of the screen is an interesting idea. It could make the game more playable and also open up some different encounter design.