New deployable shield -- was the last big hole in the meta of Arms of Telos that I needed to fill before it's ready for soft launch :)

In the latest dev video, I give a sneak peak at the Challenge Mode and then have some fun with the grapple hook!

I'll be doing a visual pass before the greenlight trailer. I have some ideas for what I want to improve, but I'm too close to it -- so I'm asking you what you think needs the most work. Anything especially ugly or hard to read? Something look unfinished?

Don't worry about my feelings -- I want blunt truth!

That's awesome -- didn't know the API was up yet. Will have to start thinking of ways to use it :)

In the devlog section, you can now set completion progress but 40% is missing 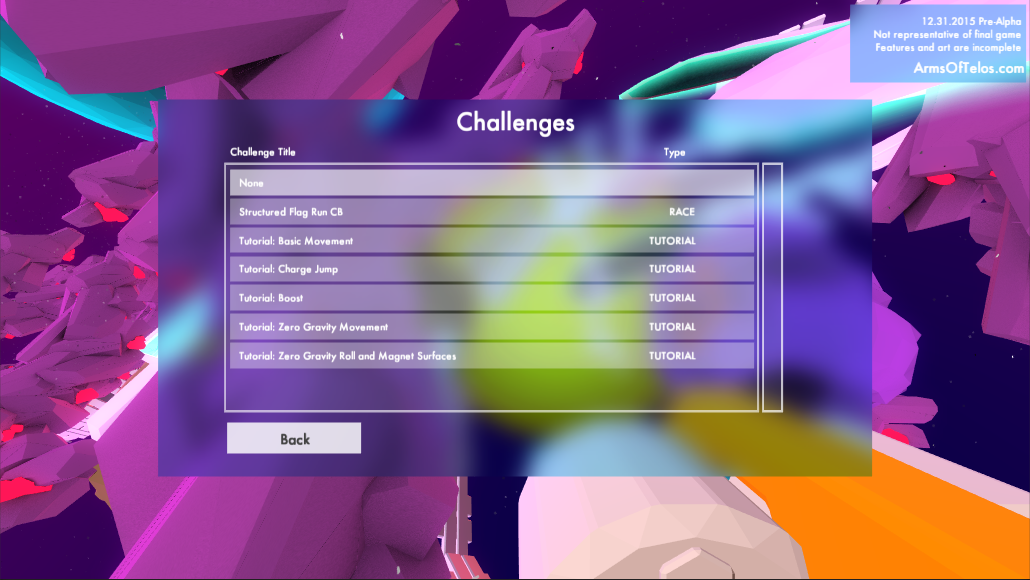 Been working on in-game tutorials for Arms of Telos, which are part of a larger Challenge Mode. Quick example video here: https://twitter.com/jtown_/status/6833395983620628...

Pretty basic right now, but I'll be iterating as I get feedback. Wish I'd done this a lot sooner.

uhhhhhh ya. Will reach out early next year :)

Grepr was great and this is looking really solid already :)

On Discourse, they just show the video controls

http://discourse.armsoftelos.com/t/gif-compression-comparison/306 (at bottom of OP)

I've been blocking out some new level design (still very very rough) -- it feels like designing a race track and FPS map at the same time because of the way the movement works.

Also, this isn't new but I've recently revamped the lighting system and it opens the door for some cool effects 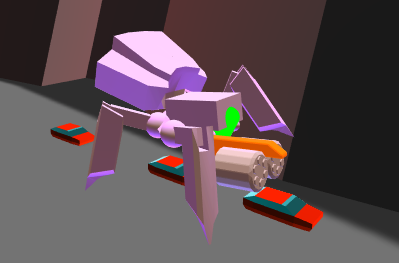 Ctrl and space, usually used for crouch/jump in FPS, control vertical down/up thrusters. To rotate, you can use Q and E (often used for leaning in tactical FPS) or you can bind a key to enable mouse rolling (I use one of the thumb buttons on my mouse). Of course you can rebind these keys to whatever you want. When you enter gravity or attach yourself to a spider surface in zero g, your mech automatically orients itself.

It runs on Windows/Mac/Linux (Unity engine)

Made a thread here http://itch.io/t/9903/webmhtml5-videogfycat-embed

So, gifs are nice, but the future is webm.

Yeah trying to keep it pretty performant. One of the playtesters is running on an internal HD 2000 card, so that's my target right now. Definitely playing around with lighting and post processing effects to make it look extra neat for people with beefier systems though :)

Thanks so much! It's been challenging to have colorful environments that don't clash with the visual effects of the weapons and equipment, but the colors seem to do a good job attracting people that don't normally play these kind of games -- something I love to see :)

Thanks! Yeah the more I tune it, the more the movement seems to be able to stand on its own. Since online indie games can struggle with small playercounts, I'm hoping I can come up with some fun activities to do while you wait for more people to show up. I think TrackMania style races might be able to fill that need (also between matches).

Love the sense of speed -- looks really good in motion :)

As you can see, I'm going for a vibrant low poly look. Utopian space colonies and stylized space rocks. Still trying to carve out a unique compared to other low poly games.

A lot of FPS games have interesting movement thanks to glitches (bunny hopping in Quake, skiing in Tribes, surfing in CS, etc), so I wanted to intentionally design an interesting movement system from the ground up so that it'd be fun and challenging to move around the map even if nobody else is playing with you.

While some areas of the map have gravity, there are also areas with zero gravity and full six degrees of freedom -- all of it is momentum based, so gaining and maintaining speed is a key skill in the game that can be just as important as shooting.

To further emphasize this movement system, I'm designing a new variant of capture the flag as the main game mode -- I call it Progressive CTF, as capping enemy flags will progress you deeper and deeper into the enemy base. This means that, depending on what flag stands are currently active, different parts of the map are being used at different times during the match and it's not just the same 30 seconds of gameplay on loop for the entire time. Since I'm focusing on CTF exclusively, I'll also be able to design weapons and equipment more closely around CTF gameplay (augment their behaviors depending on flag status, for example).

I'm also making a TrackMania-style time trial race mode that you can play alone or online.

Currently working toward an early access-style release, hopefully before GDC -- will launch the Greenlight page around that time. Later it'll come to Steam early access once I think it's ready for a larger audience.

Let me know what you think :)