awesome! thanks so much for playing and sticking it out!

hey, thank you so much! and thanks for playing!

thanks, did my best!

thanks so much for playing!

thanks so much for the kind words! as to your question...i think it's open to interpretation!

thanks; doing my best to get it into the world! shouldn't be long now! appreciate you keeping it on your radar.

i was a cruel thief

Hey! That's awesome! Thanks so much for playing! Hope it gave yr brain a good flex. If you're amenable to leaving a rating or review, we always appreciate the feedback!

-bryan (one of the devs, now realizing i'm signed into my other itch acct haha) 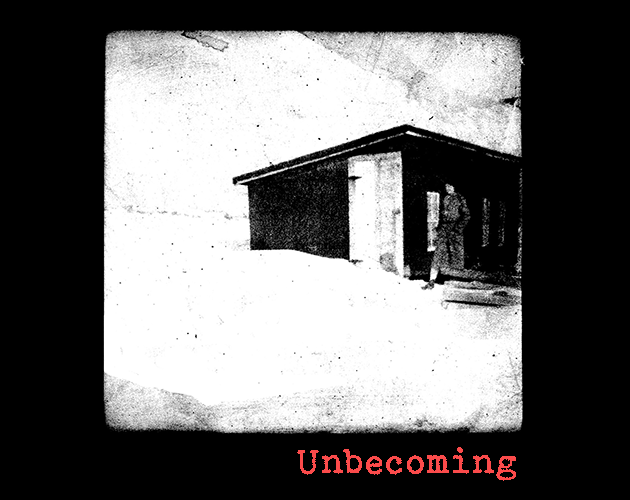 I just released Unbecoming, a sonically-textured work of interactive horror fiction about family trauma, corrupt embodiment and unspeakable forces in a gothic rural landscape. I'm calling it a "denouement" because the game drops players into a doomed situation with very little choice as to the ultimate outcome — but it's also a bit of a jab at the whole idea of endings.

In building the story, I worked hard to evoke satisfying body/visceral horror tone without repeating the misogynistic and racist subtexts that too much American "mythos" relies on. On the mechanical side, I wanted to pay homage to the confusing/mazelike navigation systems of (cult) classic adventure games without actually punishing players for experimentation or mistakes.

The biggest departure (imo) from IF convention is the emphasis placed on foley. Almost every significant story event has an associated sound sequence, and these are woven together with ambient and quasi-musical interludes to (hopefully) build another layer of sensory depth.

The game is relatively short (15-30 min) and free to play in-browser. Any feedback/reviews/questions are very much appreciated. Thanks so much in advance for taking the time to check it out (or just read my post)!

Image above links to the game, or click here: https://ottomaddox.itch.io/unbecoming/

tiny toad hermit is just what i needed to hear...thanks!

Enjoying reading through folks' thoughts about GDC and checking out sweet games! For my own part, I'm exhausted by the momentum of a video game industry that seems more interested in commodifying ideas like "indie" and "diversity" than actually holding up the work of marginalized creators or interrogating its own toxic techno-capitalism. I know a lot of ppl get a lot of good out of GDC, and I respect those experiences, but for me, at a distance, the psychic and material costs of participating feel overwhelming.

I love the possibilities of this medium, and I'm so grateful for itch.io and other spaces that recognize the value of a less profit-driven creative scene AND the need for publishing platforms to speak out against the worst tendencies of "gamer culture". As a white queer person, I think that owning the inextricability of arts practice and political identity is critical to the health of our communities AND challenging our own fucked up internalized ideas about whose work and voices have value.

OK that's my rant full of ANDs. pls check out "Apologies, for what it's worth", a short game I made with some pals: https://shrunken.itch.io/apologies

It's an interactive fiction about family ties and unreliable memory that takes the form of a dense letter from an estranged sibling.

thanks to the organizers and all the other folks who submitted to this awesome jam!

got my game VERGER into a fairly solid playable state. it's stupid simple but it was loads of fun trying to wrap my head around simple procgen, pathfinding code, etc. many thanks to pico8 for providing an amazing platform to experiment. 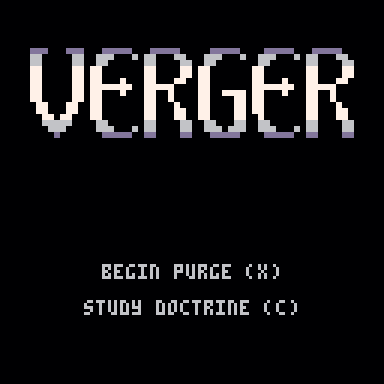 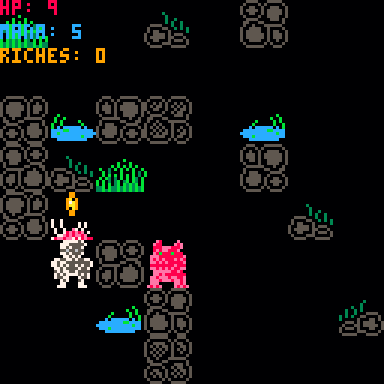 if you're interested, you can play it here: ottomaddox.itch.io/verger

It's pixely arcade chaos masquerading as a dawn simulator, with lots of naturalistic squishes and squooshes, and a few vaguely mysterious end-game variations. Drone-y chiptunes, even. A veritable recipe for a harrowing midday nap.

The project started as an experiment in Scratch to teach kids about the value of randomness in games. Eventually I ported it to Gamemaker and added lots of adult themes like collecting jars and sleeping through the sunrise.


Gameplay vid, if you're so inclined:

I've updated the build a few times since the initial release to incorporate some helpful suggestions I got on reddit n' stuff. Would love any additional feedback/crit from the itch community!

Thanks so much for taking the time to check it out!