Hey! Thanks for the reply!

For canvas size setting, I think it could maybe be something similar to color picker? Little icon that expands into two text fields after you click it, one for vertical and one for horizontal size? Or it can just be in the menus up top somewhere? Not sure haha.

As for the shortcuts...it's weird. Shortcuts for tools work perfectly every time. But those two I mentioned stop working after a while (although they still work when accessed from menus). H seems to consistently stop after interacting with canvas in any way. Then I toggle it from the menu at the top, or by rpessing icon at the bottom - after that it works again, but only until I interact with the canvas again. Undo is a bit trickier to pin down I think....sometimes it works ok for a while and then just stops, but I'm not sure yet what's causing it. Will investigate further once I get home and will let you know if I figure it out.

Moving entire layers - yeah I'm aware, although it's not present in manual on your site either, I think. I found out about it here in the forum post. But that brings me to another suggestion: could there be some visual indication of what layer is currently active? Or is there and I'm just not seeing it? I think that would help me avoid some incidents.

Yeah I thought so that you were using Ronin for that kind of stuff. Well, maybe I'll give it a go. I mean the app is super useful because of how minimal and restricted it is, so I get it - I was just hoping there was some hidden parameter I could tweak :) But I can live with that.

Although to be fair that export selection by resizing the window and moving layers is sufficient, but it's not something that's obvious (I only realized it as I was writing my original post). But it's good enough I suppose.

Been tinkering with Dotgrid more and more lately and there's a couple of things that stands out for me, that would make it a lot more viable to use. It's possible that these features are already implemented but are undocumented (I checked your guide before posting this but that's all about pretty basic stuff).

- Setting "canvas size"/number of vertices - I found this thread but CTRL+P isn't working for me. Is that feature still in there? Or was the shortcut changed?  (speaking of shortcuts, some of them like H and CTRL-Z stop working for me after I interact with the grid itself)

- Alternatively, it would be cool if there was a rect selection to specify what to export. This kinda works but  involves resizing the window itself and moving layers around etc. and it's just very...hacky? But again, there may be another way of doing it that I'm not aware of.

- Is there a way to set export resolution of PNG files or is that something that needs to be done in another app?

Otherwise, I really like Dotgrid! It's such a nice environment to work in and is pretty much what I was looking for. It would be super cool if I could do everything without a need for another app just to resize/crop stuff.
But regardless, thanks for making it! <3

Yeah no problem, glad to help!
Back to the stun thing - yeah, it would probably help if the player could see the HP.  Although, what I meant was really about the specific effect and animation :) Like, if it wasn't smoke, but let's say stars circling around the poor guy's head, it would probably convey the stun state better...? Doesn't have to be stars of course, but that immediately came to mind since  it's a common way to deliver that kind of information in games/cartoons/comics. It's really more of a visual language thing, you know?

Adding +1 action each turn helped *so much*!  Really love where this is going so far. :)

Also, I have a bit of feedback if you don't mind:

- It would be great to have some sort of hp indicator on enemies. Right now, I'm not sure how exactly they work, how many hits they have to take etc.

- since it's possible to cheese madlads and trick them into attacking each other, it'd be probably good to know their turn order, similar to how ItB does it

- this is subjective, but to me, the stun effect looks like they're about to die. As if, you need to punch them one more time to kill them, which ofc doesn't have to be the case.

Thanks! Reinstalled and deleted save data like you told me and now it seems to work fine. I'm looking forward to play story mode :)
However, after I pressed the "delete all data" button, I couldn't interact with the game - seems similar to other two bugs. I couldn't tell if it did something or not, and couldn't go back either, so I had to quit the game from OS. Not a major problem, I opened the game again after that, and everything worked, I could create new save/character etc.

Hi, just tried the game, and there's a couple of things that didn't go as expected. I'm running a macOS version.
1. Not sure if story mode is implemented or not, but I'll get to this screen and can't progress. Clicking on either saves does nothing. Can't go back either, I can only force quit the game. 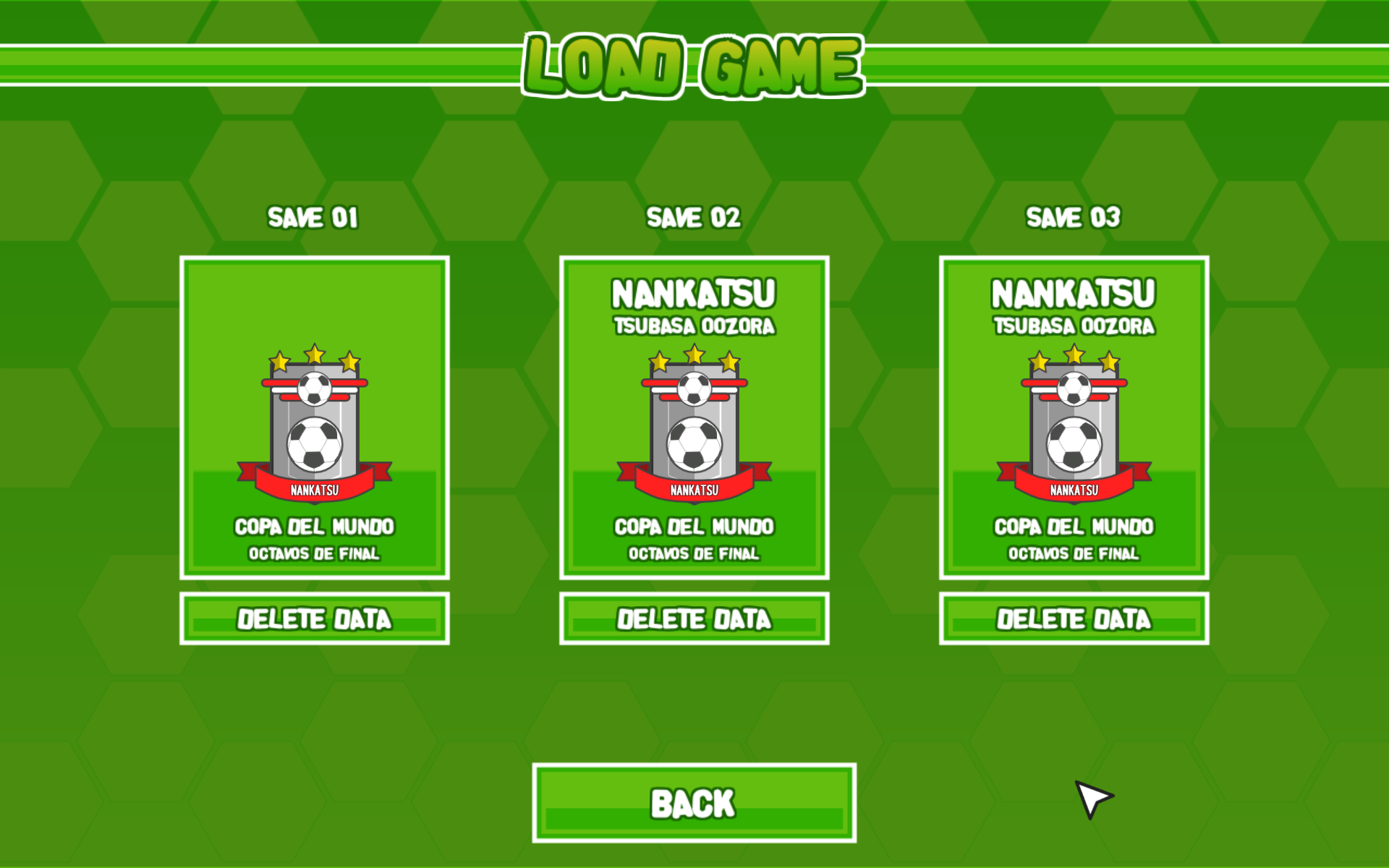 2. I went into offside once (it's been a while since I played or at least watched a football match :D ), the offside animation popped up, but after that I couldn't interact with the game anymore. There seems to be some kind of overlay going on. 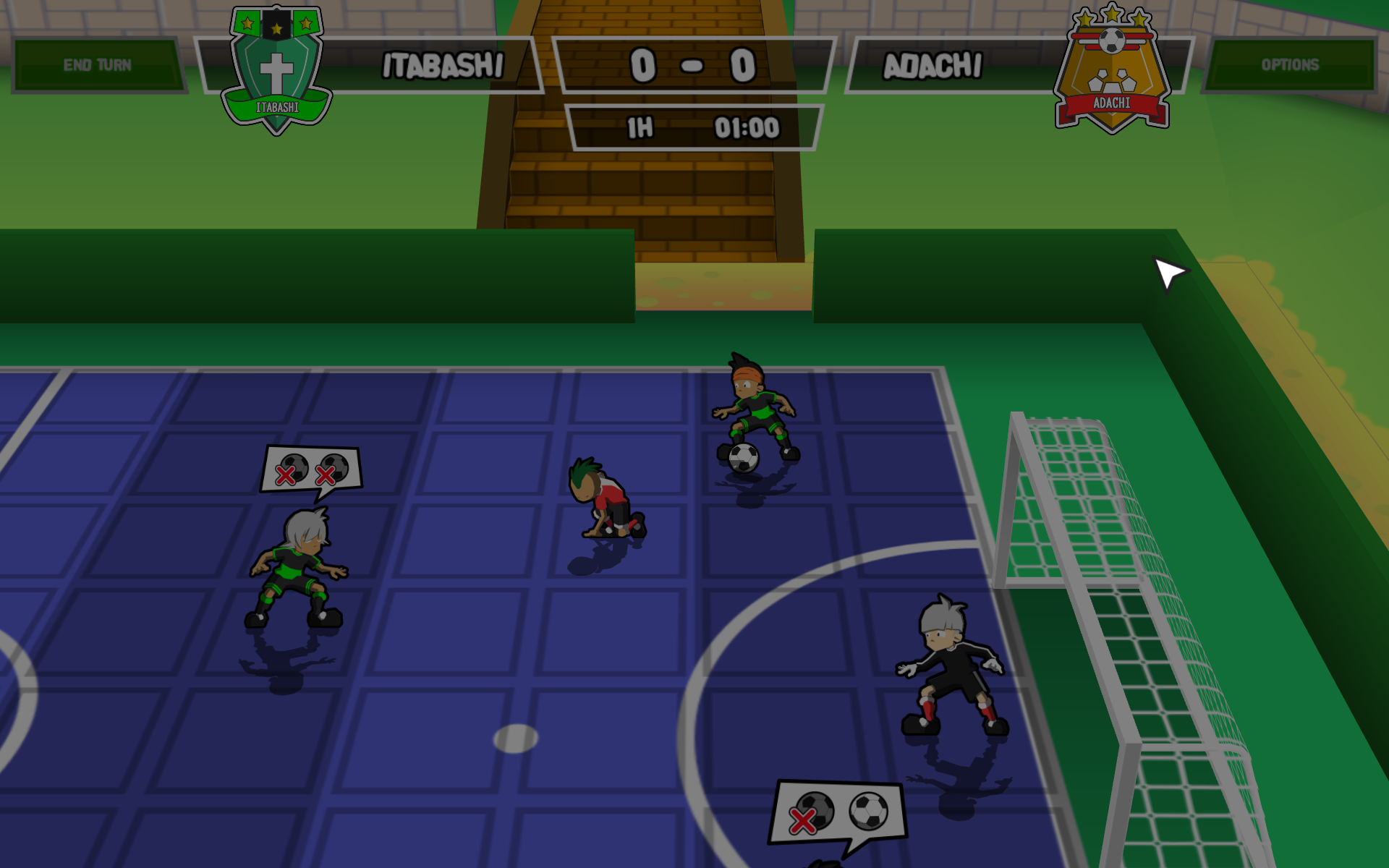 Hope this helps. I'll let you know if I find anything else :)

Heyyy, sorry for the super late reply...and thanks for taking your time, playing and writing all this! <3 It really made me smile as I read it :)
Regarding the 'death screen' bit - what I wanted to achieve with that was letting players know that they're not off the hook, just because they died. I feel like in a majority of games, you either loose all your progress (roguelites, etc.), or too little of the progress. I wanted to make that risk high but erasing all your progress, but still give you a chance to fight against that. Also, I think it complements the whole 'you haven't done enough' idea. So yeah, those 5 seconds of mashing the X weren't supposed to be a nice, calming experience :D Basically, to let you know that if you've lost all your progress, it's all your fault...that kind of thing.

All that said, if I've learned anything from this game jam, it's that I really need to think about if what I think is obvious...is really obvious to anyone but me. Like, I realize there's a lot of things there, that aren't communicated very well...and I think this is one of them.

Now, I wanted to play your game and give you my thoughts on it (since this thread died off a bit), but I can't get it running. :(
Everytime I try, the error pops up saying some dll file is missing. Then it asks me to install some UE4 stuff, but that didn't help either, as it keeps throwing the same error at me, so... :/

I really liked your game. More than anything, I love that it's literally what the original Pippin's idea says. I guess there's a potential to make some really grim existential Twine game with that theme :D but I like your silly approach more.

I don't really have anything to criticize about it tbh. It was immidiately clear about what it wanted me to do, and even though it was a bit frustrating, it was fair (unlike some silly lol-so-broken-physics games), and weirdly, I felt really chill for those 4-5 minutes I played it.
I also like how the logo, font and the music go together and create this Stanley Parable-ish theme/atmosphere...it's almost ridiculous how little it takes sometimes, isn't it? :) OH and I love that stapler actually...staples. :D Took me a while to notice, but that sound is a nice little touch.

Here is my much less polished entry: https://melancholerik.itch.io/museum-avenue