Tales of the Renegade Sector

I honestly think sticking with naming it "The Shorter Games With Worse Graphics" bundle or something like that would act as a good hook and help it get notice.  With a bundle it would be pretty easy to fade into the background of all the other indie bundles out there, and I think tying it to something recognizable would help.

Depending on where you hit a checkpoint, you might still be able to progress.  The shotgun can open up some new passageways (the green netting).  If you post a screenshot of where you got stuck I might be able to help you out further.

Unfortunately the game has some performance issues on some computers.  I've heard that lowering the game's resolution can help.

Reply
itch.io Community » General » General Discussion · Posted in Join the Bundle for Racial Justice and Equality
Tales of the Renegade Sector347 days ago

Unfortunately, not at this time.

Fair enough, and thanks for the reply.  Yeah, I generally go with linking my profile page for sales.  The one downside is that if I run a bundle of my games during a sale, it means I end up having one link for the individual items and a different link for the bundle, (since iirc, the prices displayed on items in a bundle are only affected by the discount on that bundle, and not by other sales)

Maybe I just missed it, but it would be nice if there was a way to set discount levels individually on a per-game basis when creating a sale?  It's a hassle to create individual sales for each game.  It also means I can't have a single Sale page that displays all the discounts on each game.

No, the level layout is pre-arranged.

Diorama Dungeoncrawl is a Low-Poly 3D Action Game where you must battle your way through a mysterious Living Castle to face off against the powerful Necromancer who controls it. Inspired by classic 16-bit action games, Diorama Dungeoncrawlbrings that style of gameplay to a fully 3D environment!

Thanks so much!  And, yes, the soundtrack is available on Bandcamp: https://alecstamos.bandcamp.com/album/and-all-would-cry-beware-soundtrack

Pilgrims in Purple Moss is a low-poly Action-Adventure game.  Take on the role of Space Pirate Captain McCallery as he explores a mysterious half-sunken alien ruin in search of Laserbeard's Treasure.

This is the second in an episodic series of Low-Poly 3D Action-Adventure Games.  You play as a space pirate captain exploring the lawless reaches of the galaxy in search of treasure and adventure.

The second episode is called Pilgrims in Purple Moss, and finds the Captain exploring the ruins of a half-sunken temple in search of one of the fabled treasures of Legendary Space Pirate Laserbeard. 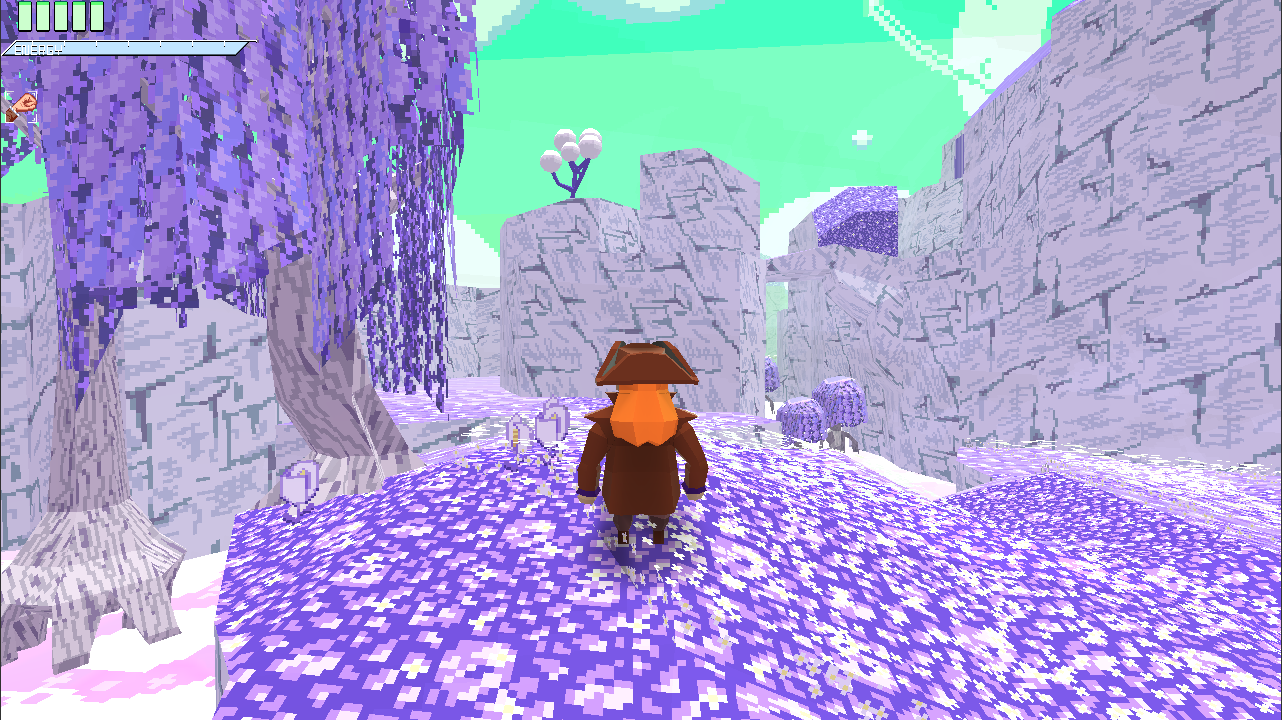 Thunder Kid must Run, Jump and Shoot through a series of colorful levels and fearsome bosses in their quest to take down the Robot Emperor.

Thunder Kid is out now!

Thunder Kid will be coming out in just 2 days!

Getting back to work on this.

Started working on a new environment and some new enemies:

Glad you're enjoying Cold Vengeance.  The build of Venusian Vengeance on here needs Adobe Air to run, although if you redeem the Steam key that comes with your purchase, the version on Steam should run standalone.

Thanks so much, glad you enjoyed!

Decided to try out making a boss battle.  I was having trouble deciding whether to go with big, stationary SHMUP style bosses, or smaller, more maneuverable bosses.  Decided to split the difference with bosses that are about 2X the size of the main character, and also widen up boss arena stages to give them a bit of room to maneuver.

Started experimenting with some level design.  Wanted to see how multiple tiered levels would work with this style, and I'm pretty happy with the results

Today I added some more enemies 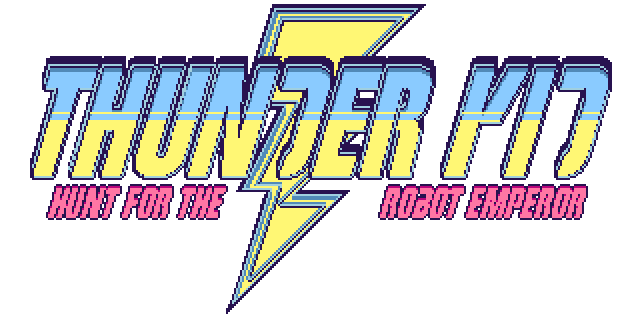 Thunder Kid is a 3D Run 'n' Gun game (kinda in the vein of my previous game Cold Vengeance).  Basically, it's my attempt to take the "3D Run'n'Gun" idea from Cold Vengeance, and make the smaller, tighter, Megaman-influenced version of it.

I'm currently working on a prototype, and am currently on the second day of development.  My goal is to get the basic gameplay down as well as one test level by the end of 7 days.

Space Captain McCallery is out now.

You play as a Space Pirate Captain whose crew has mutinied and left him stranded on a remote planet.  Now you must explore a strange and harsh world, battle alien lifeforms, search for food, and find a way to get back to space.

If you run into a bug while playing this demo, please let me know by posting about it here!

Thanks for playing and glad you enjoyed!

The game's starting to come together:

Kill the Superweapon is a 3D low-poly Action-Adventure game with twin-stick
shooting.  Samantha Kill is on a mission to take down the weapons
manufacturer Abaddon Incorporated.  On the way, she'll have to fight
their five super-weapons: genetically and cybernetically modified
monsters who are the prototypes for the weapons of the future.

Each floor is developing a different Superweapon.  After a certain amount of
time, they will be released, and able to freely roam from room to
room.  Samantha will have to find powerful explosives scattered through
each level to take down the Superweapons.

The game has a diorama-style perspective, freeing up the right analog stick
to allow for Twin-Stick shooting in a 3D game-world.

Do you have a controller plugged in?  You might be getting input from a controller on the floor or something?

Have you been using the lock-on?  That's the intended main method of aiming.

I'll add mouse options to the next build.  I'll try playing around with angle snapping.

Thanks! (and sorry for forgetting to do that in the first place)