love you too baby :)

Some that came to me if anyone wants to use them as a foundation.

Will most likely be using libgdx. :)GLHF

yeah man - this is the early version of it - i have a current build on my pc with an exe. and apk version . Plan to upload later tonight :) You now what ill just upload it in a bit.

cool game - feel like im trying to open a lock , only concern is the blinking light. In my monitor atleast it was flashing very rapidly/bright and  hurting my eyes could be just me though.

Thank you for playing! glad you enjoyed it :D

Thank you ! glad you enjoyed it :D 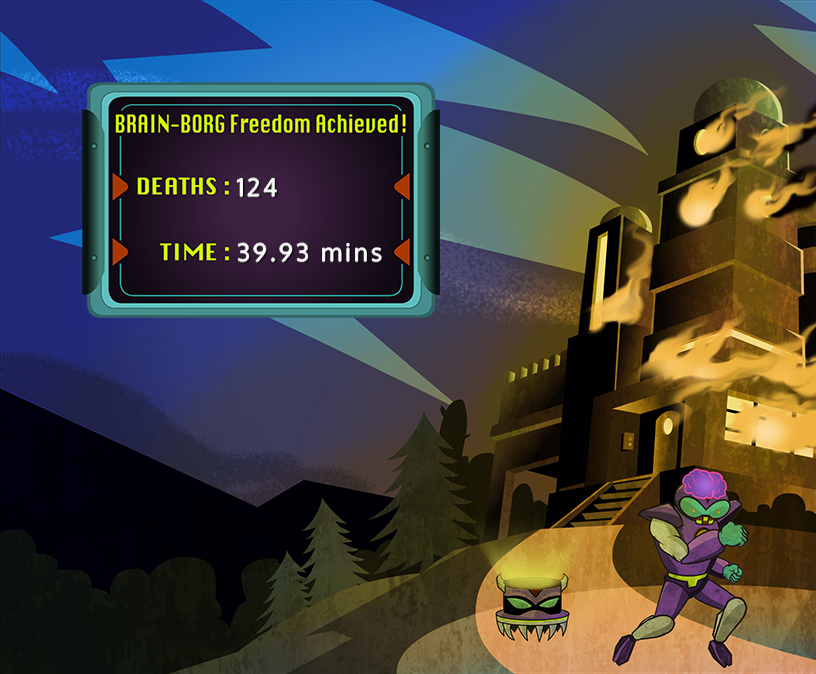 Pretty cool game , The gesture recognition was a cool addition. The cherries were pretty hard to get with the mouse though haha .

I really liked the graphics. Tried out the web version but was unable to get it to work properly  so i downloaded the desktop version and finally got to play it :) was pretty entertaining and i like the mechanic where you get faster when your circle is full. Once i learned to use that i was able to beat the ai(otherwise its pretty hard haha).

Cool , i like what you did in that gif using the rock to kill the two guys but when i played it was easier to just mash z until the blew up so the rocks served no real purpose.

Very cool, at  first i was playing it like a runner but i figured out you could infinitely jump and then it started to play like flappy bird with shoot em up mechanics haha it was fun .

cool game man, wish i could move horizontally while i was in the air though haha

game was fun, in the end it devolved into just buying crack and finding the best spot to park so i can sell my crack  lol

Very cool game man, From the raging school bus drivers to the random volcanoes that spawn on the road :D

Reply
Game Off 2017 community · Replied to imekon in Screenshots?
Kyperbelt Games5 years ago

I think so yes. For the itch.io part. You could share any screenshot you want on twitter though. Also on the discord server there is a sharing section i believe.

you put them in the page of your game or create a devlog. Or share them on twitter and use #GitHubGameOff.

Reply
Game Off 2017 community · Posted in To minify or not to minify?
Kyperbelt Games5 years ago

I think the point is to have the code legible by other , so that they may learn from what you did. Minifying would make this a tad bit more complicated.

Disclaimer: I am not a lawyer, so this is not legal advice and its mostly based on my common sense and stuff ive read/learned over the years.

I think you are allowed to copy game mechanics and game feel. Where i think you start running into issues is when you make something that is way too similar.

For example: i make a game called "creature catcher" where you go around catching monsters training them by battling other monsters in order to defeat stronger adversaries(Pokemon clone). This would be ok as along as it was not too similar to the actual pokemon franchise. If for some reason i used a logo named "ninlendo" and my game was called "PocketMons" with similar font and color as pokemon logo then i would run into some trouble.

Some companies are more aggressive about protecting their brand/trademark so be aware of that as well.

In the end if i was you, i would just avoid making anything that too closely resembles something else to avoid any legal issues. If you do decide to continue on this route i would recommend you get some real legal advice from someone who is qualified.

Reply
Game Off 2017 community · Posted in New to Itch.io!
Kyperbelt Games5 years ago

you link to the github repo for your game.

Really fun but couldnt get past the 3rd screen after 10 mins of trying lol.

Reply
Game Off 2017 community · Replied to Stray Voltage Games in Does anyone need a LibGDX Programmer?
Kyperbelt Games5 years ago

I have also made a trello but have absolutely no idea how to use it lol. Looks interesting though.

Wow, first of all i would like to say thank you very much for playing. Secondly i would like to apologize for not giving you proper credit that you deserve, ran out of time at the end and the credits part was kind of rushed.

Your insight is very valuable to me. This was my very first time making an rpg maker game and i think it was a bit too ambitious for me. I spent the first week of the jam brainstorming and writing out story arcs with my brother. We fleshed out a complete world with multiple conflicts and several plot twists... but this was all in vain because i had absolutely no idea how to use rpg maker xD, so the next week was spent solely on learning the engine to the best of my ability.  Then the remaining days i was super rushed just trying to create some content.

Now to address the cons. The "sweathart" lol... omg that is so embarrassing; I cannot stop laughing. Its one of those lines that i read a multitude of times and i never caught it.  As for the church, i meant to provide a story arc where you have to prove your devotion to the church and gain access to several different things such as spells and new companions. I added several "factions" like this where you have the ability to befriend them such as the woodland bandits. Unfortunately the church stuff never got implemented and i used the pray lady simply as a way to refresh the party quickly for testing xD.

As on how you free Jonny, you were supposed to get an empty bottle fill it with the disgusting liquid and mix it with the white coffee to create something that could be given to guard in order to "knock" him out(lets just say i don't think he makes it). You would then be able to find them in the Whispering Woods  where you may collect a reward from their sick grandmother(who is now better) and Jonny or Anita would join your party.  Again due to time constraints i was unable to get the "mixture" mechanic implemented.

The chicken man... where to start with him . I had an entire sub arc planned where you meet this crazy man that seems to be obsessed with chickens. The diary entries were supposed to give you a clue as to the root of his obsession as well as all the stuff in his house. You could then through dialogue and the discoveries that you've made befriend him. At that point he would tell you a deep dark secret that only a few people of this world know and send you on a small chicken related adventure haha. It was supposed to be a lighthearted break from the main story, but again i ran out of time in the end so all that remain was the placeholder stuff.

I really enjoyed making this game. I learned a lot of  new things and got to use a new tool. In the future i definitely will try and keep my scope smaller, or at least work on the core mechanics and story first before i start to branch off. I overestimated my ability to master Rpg maker mv in such a short amount of time and because of that the game suffered. Again thank you so much for your advice, It was very helpful :)

I dont think that is possible. You would have to work outside of itch.io with other people and then turn in your project as one. I could be wrong though.

You can use github to collaborate with teammates.

Reply
Game Off 2017 community · Replied to Stray Voltage Games in Does anyone need a LibGDX Programmer?
Kyperbelt Games5 years ago

Hello there grant, my name is John. I was a part of the libgdx jam that your clone game was also a part of :)

I havent really ever worked in a team where i wasn't the only programmer and I think it would be great to gain that sort of experience.  Most of the games on my page are made using libgdx. Most of them are more prototypes than anything but work for the most part lol. I also worked on a game with my younger brother which i coded in libgdx. It can be found here;

Reply
$101 Adventure Challenge community · Posted in It's Over!
Kyperbelt Games5 years ago

man wish i saw this jam sooner :( gl to all the entries :)

Thank you for playing my game :)

thank you for playing:) Appreciate the feedback.

Thank you ! appreciate the feedback. An undo would make a lot of sense. It would be very limited in the functionality though(maybe limited to one or 2 undos) without refactoring a bigger part of the code and implementing some sort of command pattern. After the jam ill put an updated version. :)

Thank you for playing, I really appreciate your kind words :)

Hello guys, i make 2d games with libgdx. have been making them for what feels like almost a year now.

You can check out my latest work here

And check out my other projects on my page here

really good game man ! i keep getting a fatal error when i spam z after a stage clear or just spamming it on a block that is reforming.