I'm always surprised at the quality of games that come out of Pico-8. Unfortunately, because of its limitations, the games won't ever be more than a microgame. For what it is though, it's fantastic, and I could see it as being a high quality demo from another, larger game.

If you paid money for GIF software, that's probably because of the licensing on the file format. It did lapse sometime in the 2000's, though, so now it's a free and open file format.

To answer your question? Open Broadcast Software (OBS). Period. It's fantastic. It's lightweight, open source, and optimized for streaming. Except all you have to do is output the file format to .mp4 and it can capture video locally. Then I just run it through XMedia Recode to convert it to an optimized webm (which is getting video support across more and more websites these days), and you can have high quality, pixel-perfect video capture running over 2 minutes in length under 30 mb if you set up the settings right. It's great if you know what you're doing.

Reply
itch.io Community » Game Development » General Development · Posted in Can you tell me if mechanic is good?
Jackalsoft Games2 years ago

Anyways, the X coordinate on your button scaling is way off. It's not so bad on the left side of the screen (fullscreen) but the buttons on the right, I had to move my mouse about 100 pixels to the left of the button itself for it to be registered.

Reply
itch.io Community » Game Development » General Development · Posted in What to do to give my game the best chance of "going viral"?
Jackalsoft Games2 years ago (1 edit)

I wouldn't recommend it, but you can do something underhanded or controversial with your game to make people notice it.

Since last year, something like 7,000 games have been released on Steam. I can maybe name 4 games off-handedly. A lot of them are shovelware and simply low effort. And I'm not trying to be mean, but these particular games are just very generic, bland, and have no identity of their own.

So then, the trend in the last few years—which coincided with streamer popularity exploding—is to just release a game as quickly as possible, with an emphasis on being "quirky" to get them to play it. All that matters is you get Markiplier or Game Grumps or Pewdiepie or whatever popular streamer to mention your game and you'll get a disproportionate number of people interested in it, regardless of the quality of finishedness of it.

Personally, I frown upon this since it hurts the honest nature of game development and is basically exploiting the system to maximize your money/exposure. Technically there is nothing wrong with it, so whatever. 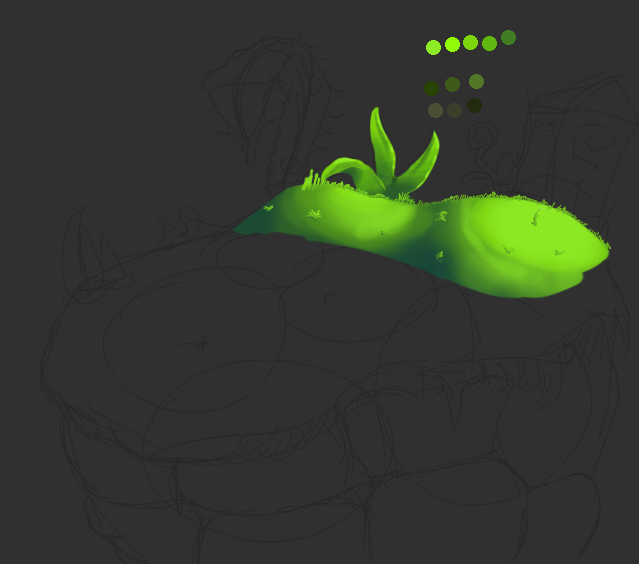 This is sort of what I was describing. While my blending isn't the greatest, it should give you a good idea of what I mean. Try to add more detail to individual objects, and use light and shadow to give more contrast to things so that they appear differently from their neighbours

There's more  detail there, sure, but individual objects are hard to make out.

I look at the main area and see a gradient or two, so those must be rolling hills. It bleeds onto the rocks a bit, so that must be long grass?  I see shapes that suggest shrubbery, and what appears to be a vine of some sort to the right? Looking at the image as a whole feels difficult because so many elements just blend together.

The color range is good, and even the blending isn't too bad. But it would greatly benefit from having edges around your grasses, etc, to define them better, as well as simple shading.

Look at any of the many guides floating around on pixel art color theory. I specifically recommend reading it from the context pixel art, because a lot of guides use limited resources (3-4 colors per object), which then places emphasis on things like contrast, effective colors, and composition.

Your grasses just look like blurry brushstrokes, because that's exactly what you've done - you need to refine it and add detail if you want to make it pop, and this is true of any artwork, not just digital drawing.

Yeah, I wasn't sure if I should charge (for a set) of them or not. If I do post 'em, I'll probably just make it freely available  and request a donation, like most things here

Oh yeah, it's absolutely great for what it is. I have no doubt you would've polished it up if time allowed.

So I just spent the last 8 or 9 hours plugging away at this, didn't even notice the time I spent on it.

This is done with the Pico-8 palette (and was intended to be used with Pico-8) except I made a bunch of 16x16 tiles and didn't realize it had a smaller resolution that I would have had to use instead. Oh well.

My goal was to take a bunch of Super Metroid-themed areas and demake them with a simpler palette/resolution, and I think it turned out pretty good. Ultimately, I just wanted to make something that people could use for a jam or whatever. How many sheets/areas like this do you think it would take to justify charging $2 for it? 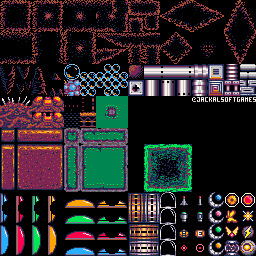 Oh hey, I more or less had the same issue. The concept is pretty fun, and I liked how the first level made you realize the different mechanics very quickly (pushing, grabbing, etc). Didn't expect to die when I accidentally tossed a block the wrong way, which surprised me, but then it quickly became frustrating. Overall a pretty fun game for what it was, though

To be fair, I think I tried to download the "Windows 8 edition" of VS2012, but it was the only version I could really track down. For what it's worth, I'm very comfortable with C#, but absolutely AWFUL when it comes to environment stuff.

Reply
MonoGameJam community · Posted in Yo MonoGameJammers! A Quick Request for EVERYONE!!!
Jackalsoft Games2 years ago

Well that's amusing, since I went out of my way to make my jam's assets with the NES palette and 16x16 tiles to start with.

On that note, if anyone wants to use these as a basis for their own jam (this or yours), feel free! 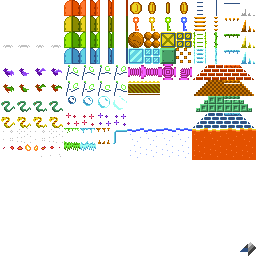 Is there an easy way to tell if an FNA project would not be compatible with MonoGame? Eg, if I use XNA features (which both frameworks should emulate, fairly accurately), it should be fine, yes?

I only ask because I'm running a Windows 7 environment with VS 2010 Express, which locks me to .NET 4.0. In order for VS to use MonoGame, I'd have to use .NET 4.5, which requires VS 2012 or later, which requires Windows 8. Obviously it's difficult to do that, even though other options like MonoDevelop exist.

Autumn Willow is an action-based puzzle game, similar to classics such as Boulder Dash, Chip's Challenge, and  SubTerra. The goal of the game is to collect enough gems to open the exit, while avoiding traps, monsters, and other hazards.

I went to school for programming quite a few years ago, and worked on very crude, unfinished games on and off for the last few years. I figured that if I actually wanted to finish a game, I'd have to cut the scope down significantly and make a clone of a simple game that already existed. I began working on this project in earnest around October 1st, 2017, so it's been about 5 months of work.

I used the Microsoft XNA Framework for a number of years, and eventually moved over to FNA when it became deprecated. More recently, I started the coding aspect over some time in December when I moved to SFML, as it was more lightweight, easier to distribute, and more suited to the scope of the game I was working on. I didn't lose much progress at the time, since most of my work had gone into the art assets. I did, however, fall into the trap of making my own engine from the ground up, so progress on the gameplay has been excruciatingly slow, but it's there.

Right now, the game is barely interactive. With XNA, I had basic collisions and behavior set up, but now I've gone a step lower with SFML, so I had to implement a number of systems myself, such as time step and input tracking. It's more work, but I feel a lot more confidence with the results now.

I am tentatively hoping to show off a demo as soon as early May, if all goes well. 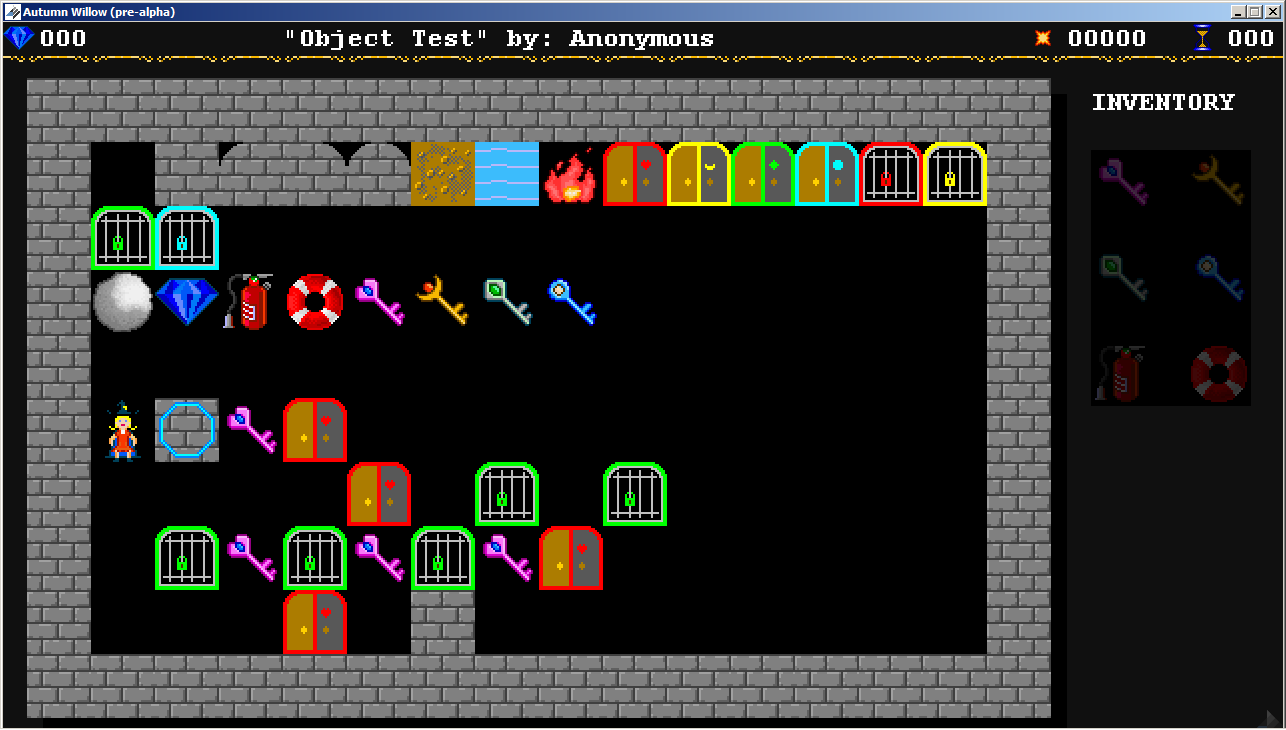 For the art, I use Aseprite with a (very heavily) modified NES palette as a base. It keeps the regular 48 colors, but I extended it to include color ramps, so I can make use of gradient effects, etc. If something is animated it usually has about 16 frames of animation (though these tend to be very simple changes).

The premise is that you are Autumn Willow, the titular witch of the game. Grabbler Goblin needs her help sorting out his treasure vaults. For whatever reason, things went wrong and he needs you to recover all his precious gems for him.

Ideally, the game would also feature 80 puzzles and a level editor.

The few videos I have are in .mp4 format and contain no sound, so I could only really host them on Imgur (eg instead of Webmshare or YouTube). Anyways, there's a few select animation loops if you care to take a look: 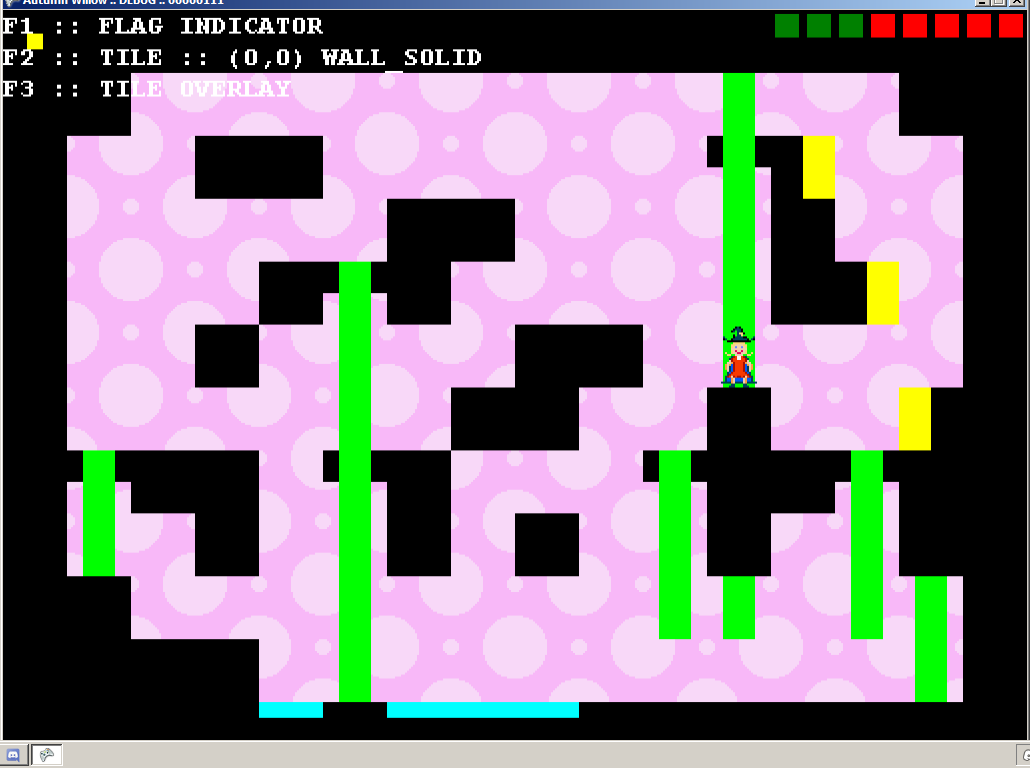 I welcome all feedback and look forward to what you guys have to say. I'd love to work tirelessly on this project, but life has to come first. I might only be able to thoroughly update my this thread a few times a month, but I will try my best to read and respond to all posts.

If I need to do a screenshot, I usually Alt+PrintScreen to capture the window, and pop open Paint to crop it if I have to. Many websites and applications (eg Imgur and Discord) support pasting raw image data from the clipboard as well, which is handy.

For more serious stuff, I use OBS to capture my game window or specific applications, and if needed, use XMedia Recode to fuff with the file formats, but most sites are pretty good about sharing .webm files now.

I usually go by Dan, and I've been learning about game development for the last several years, and recently have gotten more serious about completing a project. I mainly work with C#/XNA, and my first project is an arcadey puzzle game, sort of like Chip's Challenge or Supaplex. I have an (empty) Tumblr blog at www.jackalsoft.net