You're welcome! Hope you enjoy it!

No, just the hero sheets, saga sheet, and ship sheet.

The hero sheets should be available as free downloads under the "Download Demo" section of the game's store page (https://dbisdorf.itch.io/save-the-universe). If you don't see them there, let me know and I'll dig into it.

Thanks for the thorough review!

That sounds great! Yes, I'd love to add them.

Glad you liked what you saw, and thanks!

The game has several challenge events, end-of-ball bonus scores, and a dot-matrix display. It's also open-source, and if you want to build it yourself or use the code for your own Godot-based pinball game, you can find the source here: https://github.com/dbisdorf/professor-pinball.

Oh, also, the game crashed on me once during the Super Breakout level. I got the following dialog box: 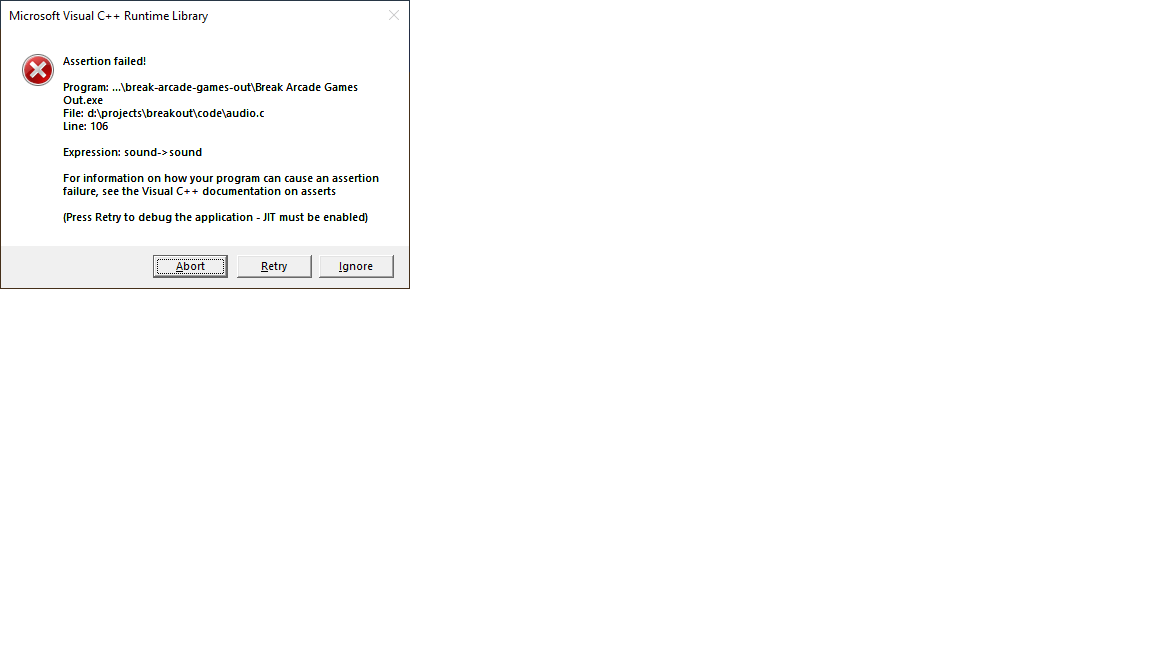 Hi there! I just downloaded and gave your game a spin. It's certainly bright and dynamic, and the music is catchy. It wasn't quite for me, though, because of the following:

It's cool that you live-streamed development of this and are offering the code as open-source. Looking forward to see future versions of this!

Understood. Does that mean that if a single attack overflows a Strain Column, it spills over into another column?

Thanks for posting this, and I'm looking forward to the future versions! One question: what's the practical difference between Medium and Heavy weapons? It looks like they'd both completely erase a Strain Column.

I've finished my entry: A Bottle of Memory.

I've finished writing. 50 Twine passages, 14K words. Since I'm planning to jump into another game jam in March, I'm going to comply with the original deadline. I'll spend a little time testing and proofreading and I'll publish it on Saturday.

12K words written, five Twine passages remaining to write. I may actually have the story complete in time to proofread and test it.

37 of 50 Twine passages complete, and close to 10K words written. Starting to look good for finishing on time.

I've finished 26 of my 50 Twine passages now, with 7700 words written. Looks like I might be writing right up until the last minute. Fortunately I don't have any complicated logic planned, so testing should be straightforward.

I'm making slow progress. I've finished 17 Twine passages out of 49, with 5100 words written. So, a third of the way through, maybe?

I have a fairly modest goal: a Twine story about 50 passages long. I've written 13 passages and 4000 words so far, so I expect the whole thing to come in over 10K words.

Thanks very much for the review! And those are good suggestions about the game page. I'll see what I can do as soon as I get a few free moments.

Save the Universe is a tabletop sci-fi adventure roleplaying game in which the players create their own great galactic menace and then portray the brave heroes battling against it.

Download it for FREE, or pay what you want. Get some dice and some friends, give it a try, and Save the Universe!

My laptop has an AMD Radeon RX 560 and an Intel HD Graphics 630. When I run the game using the Radeon, I can see the intro, but after the intro, the actual game (starting with the door bell) is just a black screen.

As an experiment, I switched the game over to the Intel graphics processor, and the game works just fine there.

Now that I know how to get the game to work, I'm OK, and if no one else is having this problem, maybe it's not important.

Love the idea for this game. But after the intro starts and the cafe bell rings, I only get a black screen. I can click on the screen and hear the beeps that mean the text is updating, but the screen remains black. Any ideas? Thanks!