I’m really glad a fail only resets that specific coin. This game was really hard, but I feel like I was getting better once I started taking it slow.

The story was so good in this. Really wholesome and I like indie game logic. The game’s controls were sort of bad, but I think it made the game feel better. Understanding how to follow the path without bumping into the walls made the gameplay loop be interesting. The way to AI behaved made it feel like I was playing with other people.

Crazy how much you can do in only a few days. Didn’t feel like a gamejam game at all!

“I only see darkness on the camera frame.” “That would be Tim’s head.”

The animations in this were so nice! I wish there was a way to go back to a previous puzzle. I’ll most likely play this more, the way the game was put together felt pretty great.

I agree with @xbattlestation, a sandbox mode would be fun.

Edit: Also the sound design is so perfect.

This is pretty fun, I never knew about this game!

You are allowed to use assets made by yourself or others. The assets can be created before the jam.

Thanks for playing the game! You might have reached a location with a moving platform. Sometimes it takes a couple seconds to come near you.

Would it be possible to also add the ability to drag over the water? Right now we can splash a single dot, but it could be cool to draw longer lines.

With more work, it would have been nice to use the footstep chasing as a mechanic. Normally the yeti goes straight towards you, but footsteps change that behavior. I'm sure that mechanic could be fleshed out more to make interesting gameplay. Perhaps by putting some traps down or something similar. Or by getting the yeti away from specific locations while you go where he was guarding and then activating a footstep erasing function to break way from the chase.

I really want to explore the idea of detailed sounds with simple game graphics. I saw that used in Antichamber and I think it's great.

Yeah, created in ~15 hours. You do move faster and faster the more food you eat. The yeti also goes faster and faster if he can latch on your footsteps. Both never go slower. There is a max speed. The Yeti's max speed is faster than your's. Originally, the yeti was never faster, but I found it better to have a loss condition since when you have a lot of footsteps, you can never shake the yeti off. I wanted to add an ability to erase footsteps, but that would have broken the code without a little rewrite. There are ways to go infinite though by keeping the yeti in the center and not letting him catch onto footsteps early on. It requires a bit of strategy. (Would more time, I could have fleshed out a better gameplay loop and made the strategy more interesting.)

(Also the Yeti doesn't get fooled by loops, he'll just take the shorter path when faced with branching footsteps.)

For the scary sound, that's what I was going for. Luckily, the sound is only 30% volume. I wish I could have elaborated more on the horror side.

As far as I know, there's no bug. The code is really simple. I'll be putting it on Github soon. (The main bug was when playing the chasing sound, it would turn the sound on and off multiple times per second.)

I feel like my vods  for the jam weren't that good. I was feeling pretty tired going into the jam.

If you go in the Content/Maps folder, rename the xml file to "Level01.xml". This let me play the game. 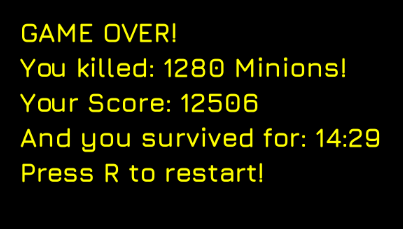 Reply
MonoGameJam community · Posted in Side note for devs: Region texts & keyboards should be handled.
Jean-David Moisan3 years ago

The main reason is that MonoGame handles keyboard inputs badly. So it forces us to go out of our way to make it right.

Indeed, controls are also my main problem. I mostly use left click with numbers keys. I've gotten better with my micro over time. 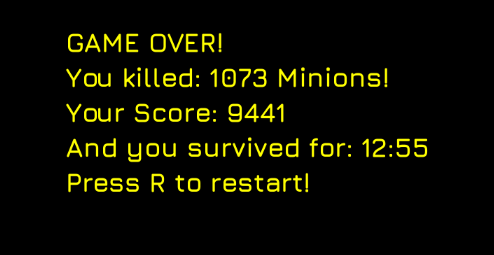 It's all MonoGame and MonoGame.Extended. There isn't really an engine. The movement is done with linear interpolation and the map is just a grid.

This was actually a really cool game. I beat it in 2 hours. 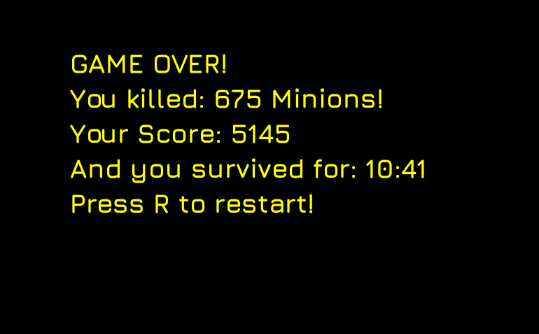 Reply
MonoGameJam community · Posted in Thanks for the jam! You can use my code however you like.
Jean-David Moisan3 years ago (1 edit)

I'm a bit late, but my game used MonoGame.Extended. https://github.com/Apostolique/MonoGameJamProject

If you want to join, the main thing left to do is create a Menu. Made with a team of 2 so far.

It's a tower defense game.

How many people can work on a single game?