Before Dark
An adventure of a lost Neon ball through hell.
AHAKuo
Platformer
SoUnd Is ToxIc
A game about a girl that wants to make dubstep. Help her do that!
AHAKuo
Visual Novel

Reply
itch.io Community » Game Development » Devlogs · Posted in Hello there! I present to you my work-in-progress mobile game (Before Dark)
AHAKuo78 days ago

This new update contains the following:

2 - New mechanics in the new area.

Thank you for commenting and visiting the site! :D

Here see this guide for all endings.

Reply
itch.io Community » Game Development » Devlogs · Created a new topic Hello there! I present to you my work-in-progress mobile game (Before Dark)
AHAKuo109 days ago

Hello there, everybody! Hope everyone is doing well <3 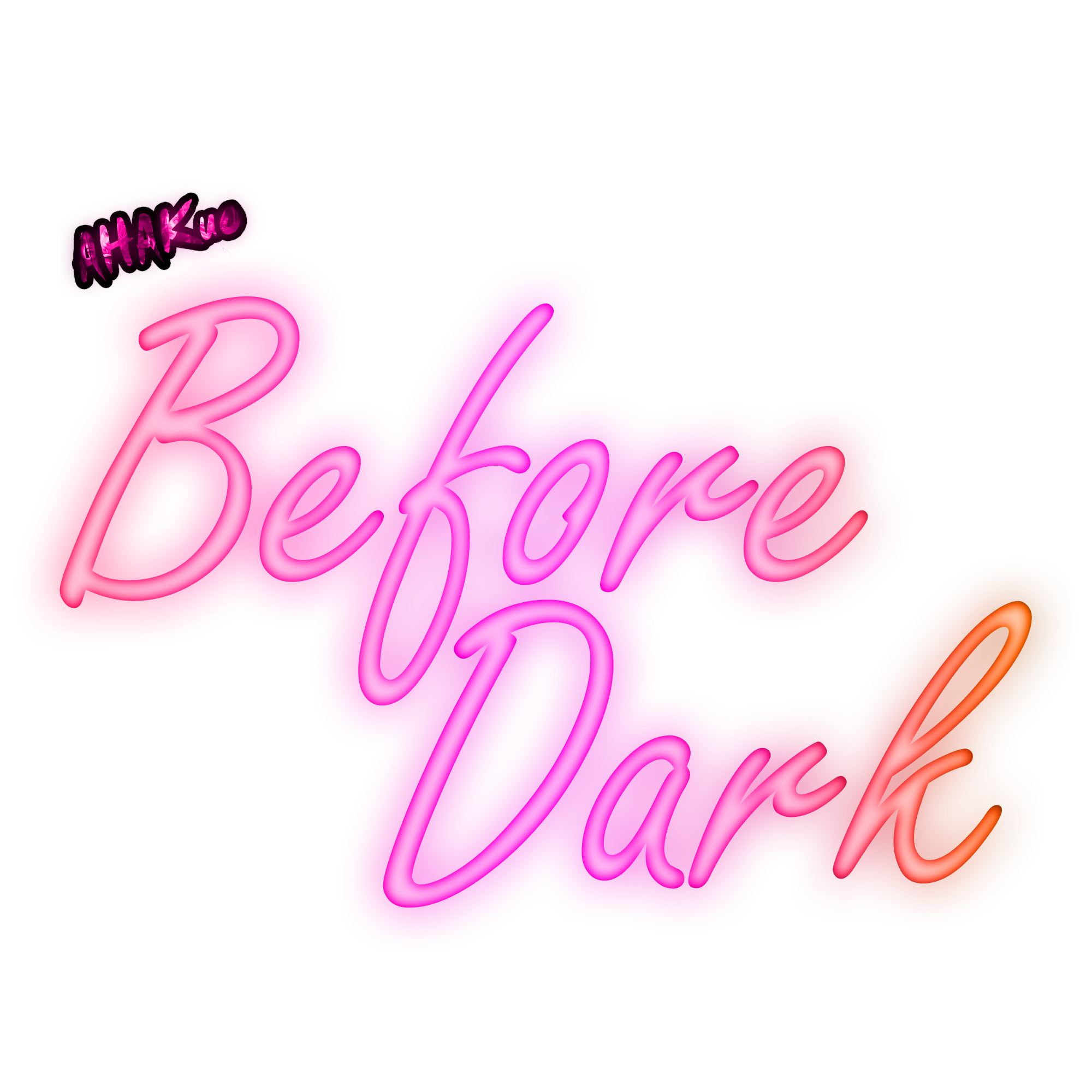 This quarantine had me going back to working on my old project that I had started back in 2019, April.

The title of the game is Before Dark.

Synopsis of the game:

The game follows the peculiar character of Neon. A little neon ball who has been pushed by the wind far from his home and far from his family. You have to lead him back home through 5 different areas each with their own characteristics and difficulty.

The game is basically a platformer, but also, there is a twist:

- Staying for too long without recharging your battery will lead to death, so hurry up or collect rechargers.

- Opening the exit of a level requires power and bulbs.

- Enemies are out there in the world that are hungry for fresh energy and power, touching them will kill your light.

- There are traits that you can unlock such as: Speed boosts, Armor from enemies, and longer battery lives.

- Each area is drawn with care and each level has its own look and style.

- Most importantly, you can grab a power up which will trigger a cool song as you speed up and destroy doors and enemies alike as you head toward the exit.

- The game is supposed to be difficult so don't worry if you feel like you can't win. (I'm thinking of implementing a death counter).

Trailer (Still in development) - (This is a preview)

The game is still being developed and there is a demo available in case anyone is interested to try it (Demo for Android only) but the game will release for iOS in due time. The demo includes one area (City Gardens) and a sneak peak of the new area after it (Cloud Point)

Test the game and give me your thoughts!

I intend on updating this post later, as well as my own page's devlog.

*PS: There are plans to make this game available on PC as well with improved graphics

Thank you and let's make this the best game it can be!

Current status of the game:

There has been much work done on the game's performance and size. Now the game should hopefully function better and be of smaller size. Game size was 111mb >> now 60mb.

I have created the first level of the new area: (contains a new falling death animation):

Will update soon! Stay tuned <3 Also, test the game and give your thoughts :)
Reply
Revenot - Under Development community · Created a new topic Feedback as of this post date
AHAKuo121 days ago

Hi there! I saw you from Instagram. Your game piqued my interest and so I gave it a try.

As soon as I started, I was enchanted by the atmosphere it had, but then the enchantment died away as soon as I started to control the character. The joystick is soo clunky. I can't move like I want at all. When I touch it, it flies around. I don't know why.

Also, the framerate. I get that performance can be problematic to deal with. I know myself that I had to deal with it too in my game. But it's important to optimize your game. It's very slow.

I gave the menus a look, they all looked appealing and felt deep. But here's where I was lost again. The game design is lacking. Like, I couldn't continue playing at all. The game doesn't exactly do a good job of explaining where I can get my equipment and whatnot. The man at the start said that I could take gold and weapons from behind him, but then I tried to tap on said weapons, nothing happened.

That's all I had to say. Don't take these words harshly. The game has potential. It just needs polish.

Thanks so much for staying up to date on this! ^^

This is a direct sequel after the happy ending. Basically what happens to Lolite in the real world.

Reply
itch.io Community » itch.io » Questions & Support · Replied to No Time To Play in Is there any way to promote my game with paid promotion? (Not necessarily on itch)
AHAKuo354 days ago

My game is one year old. Is there still a chance for a feature?

Reply
itch.io Community » itch.io » Questions & Support · Replied to No Time To Play in Is there any way to promote my game with paid promotion? (Not necessarily on itch)
AHAKuo355 days ago

How do I ask admins? I never did that before. Didn't know there was such a thing :O

Reply
itch.io Community » itch.io » Questions & Support · Created a new topic Is there any way to promote my game with paid promotion? (Not necessarily on itch)
AHAKuo355 days ago

I'm having a tough time promoting my game, but thought about paid promotion. Is there any website, service, something that can help?

Anything will be greatly appreciated! Thanks!

Reply
itch.io Community » General » General Discussion · Replied to SwipeStudios in How do I get my game covered by game journalists?
AHAKuo1 year ago

Reply
itch.io Community » General » General Discussion · Created a new topic How do I get my game covered by game journalists?
AHAKuo1 year ago (1 edit)

I never did good promo on my game, and I needed some help on getting good exposure. One of the ways I keep stumbling upon was getting covered by game press websites like Kotaku.

My game link: SoUnd Is ToxIc by AHAKuo

Thank you, Florian. I appreciate your advice and your care and I'll take what you said to heart <3 I may end up just releasing the game on steam, but then again, who knows what could happen?

Right now, it's just a problem of time, but I'll manage hopefully.

Thanks again! You're a wonderful person!

Hi there, I am planning on doing so (releasing on steam). But, currently, I cannot afford the fee, but maybe I can next week or after. And as for the localization, I wouldn't want to put that on you without compensation. I will see about this localization soon, and thanks for telling me about it :)

Thanks a lot! Hope you enjoyed it ^^ I'm glad you tried it :D

Thanks so much for playing! I hope you had a nice experience! And I'm so glad you were able to get the real ending! It's really awesome to know I didn't make it impossible lol :D.

Your words meant a lot! Thanks again, Diabolik! ^^

Your words truly inspire! I'm so glad you had a great experience! And hopefully I didn't spook you too much ^^ Thanks a lot for giving the game a try, that means more to me than it may seem. Seriously, just you trying out the game is too much :D!

The DLC definitely will add much to see. Just wait on it. I'm hyped to release it too.

I will post a spoiler guide for these few endings now. They're supposed to be tricky, but maybe I made them too tricky.

Hey there, Flare! I have posted the fix on my blog (here), in the FAQ. But here's how to fix it:

I'm guessing you're on windows, if so, go to %appdata% and in it you'll find the file "RenPy"

Open the file and open SoUndisToxic, you'll find a "persistent" file. Delete it.

That should reset the game completely (fresh start)

Endings will be locked again, but that's part of the story ^^

Oh wow! Thanks so much for this! And I’m so glad you took the time to write this and make a playthrough :D

I just needed to address the voice acting bit. I understand that the game could’ve needed the voice acting, but the reason there wasn’t any, it was because the game (g word) prevented all characters from vocal speaking.

I’m glad you liked this again! I’m so happy you gave it a try :)

Looking forward to the playthrough! <3 Much love ~~

Thanks :3 I'm so glad you liked the game. The girl x girl stuff was intentional, but not really supposed to happen. I will be working on a free dlc for the game. Adding more to the story ^^

Thanks again for playing ^^

Here's the guide! (It will contain spoilers, be careful.)

Thanks for giving the game a play ^^ You're awesome!

And no worries, I'll post a guide for the real end today on the blog.

Some people got the real end by doing what Lolite tells you to do.

Just keep playing. Everything is fine :)

Welcome to SoUnd Is ToxIc. In this game, you play as Lolite Ermha, a high school student who has just started to plan out her life. Your goal in this game is to help Lolite by making the right decisions with the music beats. If you do well with her, nothing will go wrong. 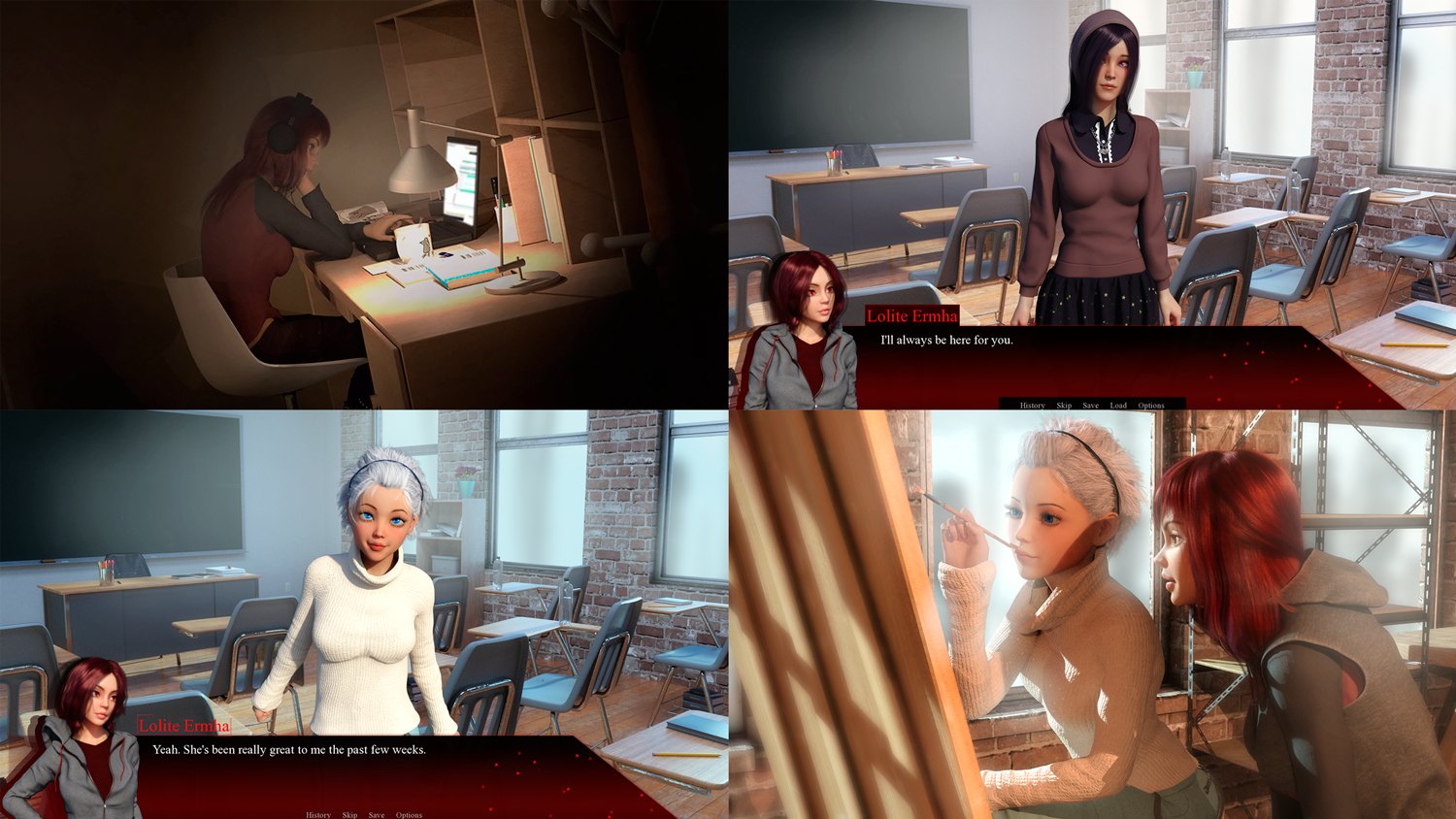 Update! I reuploaded the game through the website uploader. It works fine now ^^

Hey there! My game is https://ahakuo.itch.io/soundistoxic

I've been trying to upload a patch for it through butler, I did so yesterday, but it still hasn't processed until now. And now I uploaded the linux version, and even it won't show up. What is wrong?

Hmm.. Thanks to you. I think I found a little bug in the game. I will update in a sec.

Great! Glad to hear it! Hope you enjoy the rest of the game. It's still not over, mind you.

Lmao... it could be a part of the game. However, if the issue is blocking you from playing, tell me so I can look into it. If the game was uninstalled on its own, it could be the anti-virus going nuts ^^