Hey leafo,
yes of course every dev wants to see his game on first place :D but that was absolutely not my intention!
I know about the work for a website and how difficult it can be with databases cause I'm creating websites as well.
And that's the point!
Itch.io is such a good idea and so well done that it's a shame to have such a bad search.
It's like a skycrapper without a foundation ;)

quote leafo: The best way to boost visibility on our platform's main site is by correctly tagging  your project, filling out metadata, and doing things like posting devlogs.

that's how the search is designed to work

lol, really? Are you kidding me?
This is the most user-unfriendly search I've ever seen.

I already told you that this  'search' is nonsense, but if you think that itch.io displays just 'the best games' be happy with these handfull of games ;)

So this is definetely a bug.
Please try it out. Go to the startpage https://itch.io and search for any tag or game.
It will display exactly a maximum of 60 games and ignores all the others.

Just if you continue and click the tag button it will find all games!
But that's not how a search in 2019 should be!

The support says everything is allright, but it's not!
So how to talk with a wall? ^^ It's realy annoying.

Yes the minimum price was adjusted today.
But still it makes no sense that the game could be found with the word 'sports' but not with the word 'fishing'.
In another posting -below- I've said that this happens with every search tag (i.e. horror or tank).
So it can't be caused by the price adjustment, but it's a general problem.

Anyway the search routine should find every game on Itch.io and not just some few that itch.io thinks are the top games.
This is really absurd if itch.io limits the search like this.
How can any program code know what's the best for user A or for user B ?

I really appreciate what Itch.io offers and I know that it's a lot of work.
But such strange algorithms destroy all the effort.

I'll contact support cause imho this is a very important disadvantage for the users, the devs and Itch.io itself!
Anyway thanks for your support!

I've noticed that the search allways just displays some games, whatever you search for.
I.E. the word 'tank' or 'horror' also just finds ~60 games and I guess it should find hundrets!

Hm, but the game was released  5 weeks ago and it can be found with the other words, so I don't think it's the price tag.
Searching for 'fishing' just displays 60 games, but I can imagine there are much more.
Looks if something is wrong with the search feature?

I know this question has been asked before but I couldn't find any solution for this.

My game is called 'Worldwide Sports Fishing' but I can't find it on Itch.io's search with the word fishing, wich seems to be the most important search tag.

The word 'fishing' is in the title, in the description and in the tags.
It's a finished project with downloadable files, but still no success to find it.

Itch.io says that taxes for EU sales get collected and cut off from the payout.
This really happens on a payout.

So in the EU we have to create a kind of 'bill/receipt' about the income (at least in Germany we have to) and can get back the taxes.
For this the EU tax ID number and adress of Itch.io is needed.
Btw. this is not my idea bt the law.

I tried a dozend times to contact the support for these information but no reply.
Hey Itch.io, this is unreliable! Do you really collect the taxes and transfer it?

Has anyone got these information or a workaround so I can finish my work?
As mentioned above - support doesn't reply on any mail and step by step I get kind of pissed off  :(
They don't even say 'no we can't give you these information' - they just say NOTHING!

My favorite screen capture 'software' for screenshots is the PRINT-key on the keyboard :D
And then paste it in my favorite graphics software.

To capture videos I allways used and still use Fraps.
If you have a Nvidia GeForce you may use Nvidia Experience - Shadowplay to capture videos, it's also very good.

RC Fun City is a singleplayer game about radio controlled vehicles focused on having fun. You can drive with RC cars, trucks, bus, kart, buggy, monstertruck, boats, ships and also there are planes and bombers, helicopters and drones. There's a rocket base to shoot model rockets into the sky.

Escape from police opponents in the bank robbery mission or vice versa chase some hooligans in the police mission.

Thanks. It's made with Unity 3D.

is a first person shooter sports game for single- and multiplayer games and available for PC (Windows, Linux & Mac OSX.)
Target is to mark the players of the opposite team and capture flags.

The game is absolutely focused on fun, not realism and free of any violence, so it's a nice game for any age. 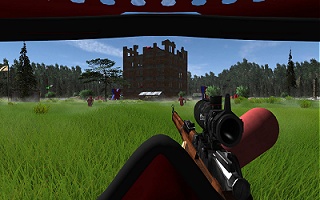 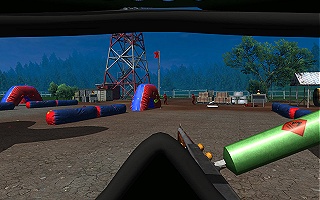 For Multiplayer games there are no servers needed cause the game runs via cloud and everyone can create a room to play with friends.

View all my games: https://aggerinteractive.itch.io

Eve of Destruction started as a free BF1942 modification in 2002.
Mods have also been released for BF:V and BF2.

It's a First-Person-Shooter for PC about the Vietnam War era.

Exaggerated depiction of violence has been deliberately omitted.  Landscapes, characters and their names are fictional. The game is constantly evolving.

It comes with an endless number of different game modes, maps, weapons and vehicles and it's really huge. There are also parts of fun (Joke Racing) and horror (Zombies) in the game and you'll find some Arcade style games. So this game is a collection of games as well.

Of course the main gameplay is about infantry battles, dogfights, helicopter attacks, tank battles and boating.
You can play against bots, against friends or both, just like you want.

Capture flags, hold a base, search & destroy different targets or just fight against the other team. In Deathmatch you can play everyone against everybody :D

There are no servers for multiplayer cause the game runs via cload and everyone can create a MP room without the need for registration or something. Just start a room and invite your friends!

The game is available on itch.io: https://aggerinteractive.itch.io/eve-of-destruction

View all my games: https://aggerinteractive.itch.io