A (interesting) racing game
Submitted by Prox (@Prox2276) — 1 day, 15 hours before the deadline
Add to collection 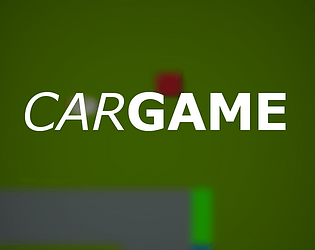 Wow! That was really cool! The transition from racing to space battles is well done. The game works well and is responsive! Great work, sir!

Thank you for the comment aswell as for the effort! I really appreciate it! :)

Not sure what is wrong, my screen is black :/

Hi, theres a Linux playable version on the game page aswell. If that doesn't work I can compile a Windows Version aswell. I'm not home right now but I will do that as soon as possible.

I've just uploaded a Windows and Mac version. I think the problem is the TV Filter, which might break the game when played in some browsers.

Great stuff, I like the visuals and audio! Can definitely tell it was made in Construct 2 (in a good way!). Impressive considering the time constraints.

That was great!! Looked great, sounded great was fun to play! Really good use of the theme too, I really didn't see that coming :)!

Really nice visuals with that TV filter, always a fun concept. Audio is solid, though annoying if you keep the tab open too long haha... Needs a restart button.

The smooth transition to and from the car to the rocket is sooo excellent. It's my absolute highlight of the last few jams. Awesome work.

Either I do not get the game or it does not work for me. But as you mention some yellow panels I guess it's the latter, because I only get a black screen and music playing. When I click somewhere I hear shooting sounds. Tried it in Chrome and Firefox on Linux.

Weird... I compiled a linux version, so you can try that if you want. I posted it on the game's page. :)

Thanks for your effort! I had to extract the 64 bit version of NW.js since the downloaded version was 32 bits and had a missing dependency which is not present in the official packages anymore, but then it ran flawlessly.

The game is entertaining and very accessible. I did get confused for a short time after the first "lift off", though that's what the theme is about this week. The audio is also fitting well, maybe apart from the end jingle I got - it sounds like I performed poorly. I tried it again and scored considerably higher, but still got the same. Is there a "happy" version of it?

Thanks for the feedback! :D

And no, the jingle is always the same, no matter how well you did.

That's really good (if you weren't just driving in circles). Thanks :D

It's fun, gave it couple runs. I wish it had restart button.