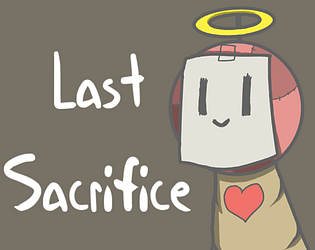 Probably the best use of the limitation I've seen.

I even attempted a similar ish game years ago, but it didn't turn out well.

So kudos to you for making an inspiring game that works, fits the theme, follows the limitation AND is super duper interesting!

Amazing proposal, and very well executed. I really enjoyed the play. In fact, realizing that there are numerous different endings, I regret not having a bit more time to trying to see them all (maybe tomorrow!). The characters are lovely, both how they fit the narrative and their aesthetics. The music is also very good. But the best part for me is how you have found such an original approach to the theme and limitation.

As constructive feedback, the only thing that comes to mind is to add the faces of the characters in the loyalty list, to make the early game a bit easier. Although I have to say that after a couple of minutes you start to learn most of the names, so maybe it is not that necessary ^^

PD: I really wanted to save Jordan, but I ended up saving Jimmin. If I only would have known that he wouldn't recover from the lost of Peng :__

Quite an interesting game! I really liked it but I found it difficult to know which character was I, and also who was my friend and who wasn't. But overall nice idea and good game!

I really like the game, the art is good, the gameplay reminds me "Who is the killer" or Deceit, and it's fun to see that kind of a game in this jam.

I enjoyed the gameplay even if I realized what's the purpose of the game before the end.

A little bit confusing at first with all the naming, but definetly a good game ! Well done :)

Thanks you! The mechanics are definetly not intuitive which is something I would want to work on.

Love love love this game! The art is wonderful (Desert Punk anyone?) And the mechanics are surprisingly deep. Winning is fairly easy but getting the ending you want takes some real planning, the completely deterministic nature of it means you can always make it work if you just plan far enough ahead. Great use of the theme, amazing job.

thanks alto! I'm happy someone saw the Desert Punk influence! I'm a huge fan of the character designs from that show. I'm very happy the endings had the intended effect, I didnt want to make the game super hard as I thought a character focus was important. Thanks for your kind words!

It's really interesting, that's so tough to gamify dialogues, that's a sweet idea :3

thanks, I did my best to gamify dialogue. In the end there is a few things I think it would need, still feel like the characters should react diffrently to diffrent interactions. Jam times can be tight.

I think it's way more difficult to achieve a neat and balanced gameplay when you're in the unknown, plus with limited time ^^' Oh and I love the art !

Just played your entry, good stuff! and yeah time Limitations really hurt balancing time haha. Thanks for the compliment on the art, though compared to your entry, you nailed the visuals imo.

I very much liked it. The art, music, and soundeffects are great, and the gameplay is fun.

For me this game also has a dark undertone, something akin to the movie Midsommar...

Also, me and Susan rebuild the world. :D

haha Thanks! Susan is one of my personal favorites  and one of the happier endings. But yeah, I feel the whole "Darkness to splash" turned out making the sacrifice more vague. Im curious to check out middommar 2nd time I've heard of it this week.

Very nice game and relaxing ending of the world ;D. The art is awesome and very good menu. I needed some more visual feedback like who is my character and when we vote maybe something to indicate who is against me. If the stats are so important make them big and shiny.

could not agree more! I definetly should make it very clear who you play as. Thanks for the feedback my dood