A Tower Defence where you need to build and rotate towers to protect the castle.
Submitted by GreenClovers (@CloversGames) — 1 hour, 28 minutes before the deadline
Add to collection 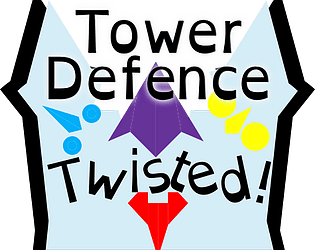 Interesting concept ! Its pretty cool how we both went for a tower defense rotation game, but ended up with very different results ! I had fun playing yours :)

Controls weren't clear: what's the difference between the towers? What's the effect of the arrow in the middle?

Awesome tower defense idea! I really like having to manage the tower direction instead of just letting it run. It made for more interesting gameplay. I would like to see this iterated upon to add more levels and diversify the towers. Great job!

It's pretty basic, but I think the idea of giving towers rotating bonuses is a good one. Spring OP.

I can't be bothered to make a proper post-mortem for my game, so I'm just going to post some thoughts here.

I've always suspected it,  but making a Tower Defence is not only quite easy, it's also satisfying? Creating base classes, creating Paths for enemies to follow, having different objects interact with each other and their events and creating some really basic AI for towers. I had the basic game done by the halfway point of the Jam.

Making a Tower Defence game interesting is hard. It requires good early planning (Didn't do), careful consideration of player  resources (Didn't do), maybe a variety of enemies(?)(Didn't do), a clever level layout (Didn't do) and finally a  really good, constant understanding of how each part of the level interacts with each other (Didn't do).

I had a vague idea of what I wanted to do, but I thought I'd make the TD then "edit" it to make it work. This was a mistake. I really wish I had planned more about the effects of different towers and the progression of enemies. If I had gotten the first 3 or so waves down, I think that would have really helped the game be more  satisfying, and given me more of a chance to get something that stands out.

I've got two things that frustrated me in this jam.

The first was making the "vision cones" for the towers. I tried like 3 different ways, overriding the draw method in GDScript, the trying to split a circle in Inkscape and finally using a Polygon2D. It's uh... It's pretty wild to me there isn't an easier way to draw this! It took a good hour, which is wild.

Talking of Inkscape, another big frustration was editing some of Kenney Assets Vectors. Essentially, I wanted to create some different resolution images, so I planned to just open the vector assets and export the part I wanted in a bigger resolution. This... Didn't always work. The way some of the assets are packaged, they have different layers and groups, so it's hard to grab only the section you want. Thinking of it now, I'd probably find it easier to select part of an image, export it as a png, then trace the image. It's  a bit nasty, but it would have been quicker, and with the extra time it gave me I could have made the art assets work a bit better together, especially outlines and their different sized.

If you read this, why not play this game? It involves reading as well! (Using my own post-mortem to shamelessly plug? That's wild!)

Ah! I tryed to find something with a tower defense, and had the idea about towers just being rotated by hand and felt "meh" about it. But the idea of a sacred direction is a nice added touch!

It's a bit too slow and the presetation is a bit too simple, but the idea is here and the game works (we even have multiple towers!).

Thanks for the feedback! Would you mind expanding on the presentation, any suggestions on what would improve it?

I tested it again to have it in head! I'm not an artist just giving my 2 cents!

The round around the arrow in the middle is way too flashy comapred to the rest of the game and there's no correlation between the color and the arrow.

The bullets are all the same but different colors, you could have just add something at the impact that would be a bit different to get what it's doing.

Same for the ennemies, a bit of variation would have been good (and animation when dying).

Not everything is bad! I liked the fact that you showed when the towers have the bonus, but by example, you could have push it a little further and make the shot bigger! Having different towers in a game jam is nice, it's hard to have everything after only 48h!

It's just small polish here and there that make the game feel a bit better, nothing ruining the gameplay tho!

Pretty good and simple. Would have like more interaction with the "true" direction, since now I can't really influence it or where the targets are coming from