Song of the BereavedView game page

An RPG following the story of a hero to defeat a corrupted sentient weapon. Death is not the end.
Submitted by Dragon Emperors (@dragonemperorss), Black Mage (@black_mage_jbwk) — 16 days, 1 hour before the deadline
Add to collection 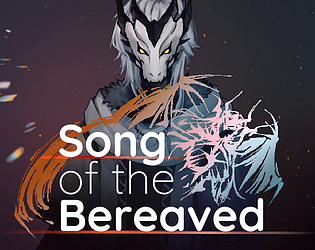 Song of the Bereaved's itch.io page

This is a cool concept and I like the art you have in place (though the random default sprites that are being used as placeholders are incredibly distracting) and the mapping is done very effectively. Even the tried-and-true push block puzzles didn't feel tedious. I did notice a slight mapping error here, however, where you can walk on top of these statues and then into the wall. 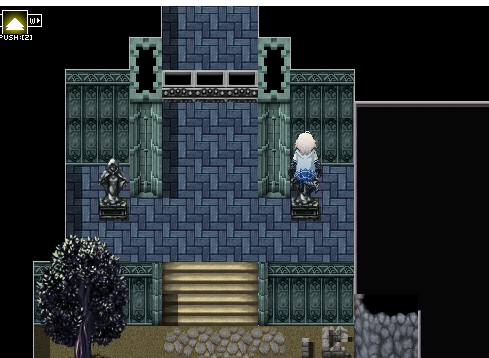 Interesting take on a battle system. I think with a little more fine-tuning and attention to detail, you'll be able to work out the kinks with it and come out with a revised version that's even better.

Nice work overall and I hope you keep working on this! :)

Thank you! Yeah, I did also realize those errors after I posted the game. Forgetting to turn on collision happens from time to time.

Also, yes, I have a plan to continue the development of this game later on, so please stay tuned!

Song of the Bereaved

Hey there Dragon Emperors and Black Mage, thanks for submitting a project to the 2022 IGMC. I'm Drifty and I was asked to judge your game in round two of the IGMC 2022 game jam. Here's some feedback about your project.

I like the title screen it seems like a FF style with the gradient/embossed logo image with text on it. It works well.

The first scene of the game I have some nitpicks. The name chat box gets cut off by the top of the screen. It's not a big deal just something I noticed and would polish if you plan to keep working on this title.

After the black screen and text we're greeted with an interesting scene that's got some custom art in a sci-fi setting that immediately gets ruined by a mismatching default Lucius sprite. It sticks out like a soar thumb and really break the immersion. For future versions swap these as soon as you can.

The main menu looks really cool, good job with the layout but it feels unpolished. This is mostly because you're missing sound effects all over the place. Take advantage of audio to captivate your players. The other issue I have with it is that the thing that is selected is grey and everything else is highlighted. Personally I would reverse this.

The ATB charge gauge is so slow that the combat feels boring. The default sound effects here only compounds the fact that sound design is severely lacking in this project.

The player gets an attack command but it's unable and you're forced to use a skill. Maybe remove the command if it's not going to be selectable.

The enemies hit way too hard and the combat doesn't feel very balanced. Guarding is supposed to recover HP, but it recovers hardly anything. In fact you'll end up taking more damage than recovering when guarding. It's a complete waste of your turn.

Consider providing people with a starting amount of healing potions just to make that initial experience a little less oppressive. Also, in fights that you're supposed to lose in, make the fight end quicker. Don't lead a player on when you know they're supposed to lose.

For people using a controller it would be a good idea to bind the 'Q' and 'E' buttons to the bumper buttons on the controller. This way you're not forcing your players who are trying to kick back and enjoy your game with a controller to have to sit up and press buttons on their keyboard.

You should let the player save anywhere, especially in your tech demo/game jam version. Also consider adding a sound effect when a game is saved.

The AI on the enemies is really bad. They aim at rows that have nothing on them.

Upon the force lose situations you're subjected to backtracking over the same maps, but I appreciate the attempted fast travel at the stone.

I think that you have some interesting ideas here, but they need more work put in for a showcase or tech demo. It's too early for this project to show it off yet.

Thank you for submitting your project, I hope that you've had fun and learned some new things with this process. Keep making games and we'll see you in the next one.

Thank you Drifty for your great evaluation!

This will surely help us on how to improve this game!

I like the story concept you have going on and I really love the graphics, though I feel that there should be more transparency in the game, if that makes sense Like, I'm not sure what the equipment does for me because stats don't display and I don't know how much fighting I should actually be expected to do. Also I guess there's typos but I'm not one to judge in that department. 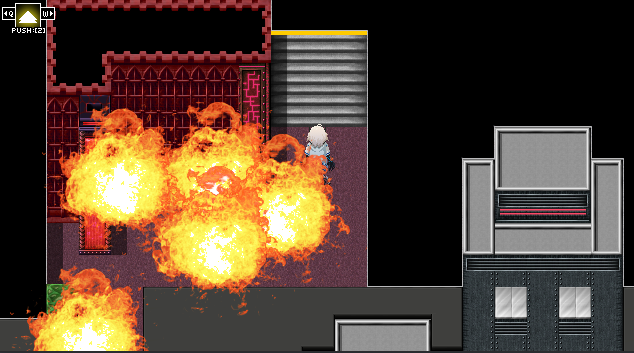 Submitted
Hand of the Goddess
LikeReply
Dragon EmperorsDeveloper100 days ago

Thank you for trying the game! I guess, yeah, a lot of things are very guess-based. I'd improve that on the later version.

That's a cool glitch if I ever see one. Should feel like a badass if you walked away from those explosives.

The game is decent, with great traversing ability make me want to explore the world more.

But after the first rebirth, the developer successfully making me care to the character hence dying is not even an option anymore for me (lol). though I learnt that without dying some maps are not traversable (which is the fun part of the game).

However so, the combat kinda unpolished. Some bugs here and there (since this is a beta too) kinda ruin the experience a little bit.

Thank you for playing the game! I'm happy that you enjoyed it.

Yeah, it's unfortunate that we haven't got the time to polish up the battle.

Very good entry! Not many complaints considering the time restraint, but if I had to I'd pick the default asset actors being mixed in with the custom ones, it throws the illusion of depth completely off

Again tho <3 not a complaint, but if it had to be, I'd pick that xD
Awesome job!

Submitted
I was reincarnated as a puppy!? - IGMC 2022 Entry
LikeReply
Dragon EmperorsDeveloper110 days ago

Stay tuned for it in the future (maybe)!

Submitted
I was reincarnated as a puppy!? - IGMC 2022 Entry
LikeReply
Dragon EmperorsDeveloper111 days ago

Thank you! Looking forward to it

This game is good potential for custom asset and graphic, but unfourtunately this is still prototype. I doesnt understand the mechanic or puzzle for this game. The developer need makes attention to player understand this game, because you need make atmosphere to great first impression. After I saw the screenshot is eye catching, but after I playing, doesn't know how to play it. I suggested giving instruction or tutorial for player to let me player understand. Keep it up, I think in the future this developer can updated again, and improve better than before.

Thank you!
Yeah, I just realized that some players might need more guides. I should be aware of that in the future.

Thank you for playing, and stay tuned!

I'm sorry, this game does not grant me a good first impression despite being in beta. The story is kinda lost on me, a lot of the combat confuses me and bores me a lot of the time. The overall pace is slow on my end and I wasn't exactly having fun.

I had high hopes for this before since the concept art looks so good, but unfortunately this falls short of my expectations.

Thank you for trying the game!

Hopefully, our next game will live up to your expectations. So, stay tuned~

A reminder that it's still in beta, there might be bugs that I missed on the testing and a lot of grammatical errors (the person I rely on for grammar check is busy). But, please, enjoy the game and tell me how you feel!

Song of the Bereaved is a turn-based RPG set in a fantasy apocalypse world.
Players will take control of a hero, with the power of resurrection, to defeat a corrupted sentient weapon.

The assets used are still placeholders, it will be changed in the future version!

We appreciate any feedback and suggestions for the finished version

Check our devlog about our experience here:

The game feels very unfinished and not player-friendly. I understand it being a prototype but demonstrating how to put the blocks and other mechanics is important to a seamless play experience.  Also when the main character talked before the corridor you kept switching between his "???" and "Kadena", when you were talking to the other NPCs. I think in the intro cutscene where his name is established to the audience you should keep his name "Kadena" from now on.

Thank you very much for trying the prototype! I'm sorry it's not up to your expectations.

I'll be sure to improve the game for a better experience.